Confident Dutch claims about being serious World Cup contenders face early examination on Monday as they open their Group A campaign against African champions Senegal, who are reeling from the shock of losing their talisman.

The absence of Sadio Mane, ruled out of the tournament by a knee injury, could prove a catastrophic blow to Senegal’s hopes of breaking new ground for Africa at the tournament, but they are still expected to be testing opponents in Doha’s Al Thumama Stadium.

Netherlands coach Louis van Gaal has been confidently predicting his side have the ability to go all the way in Qatar, finally winning the World Cup after losing three previous finals.

“We don’t have the best players in the world in our team but I believe in team building and tactics and we have players who can execute the tactical plan of the coach,” he said this week, “and we can get all the way to the final.”

The wily 71-year-old took the Netherlands to third place at the World Cup in Brazil eight years ago and since returning to the job last year, has taken the team on a 15-match unbeaten run. 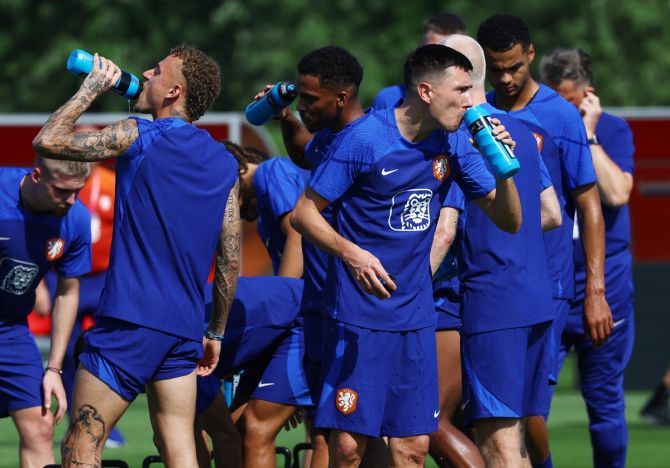 But whether they are able to deliver on their coach’s belief – and make a positive start on Monday – remains to be seen given the key elements of the Dutch team have struggled with injury and form this season.

Captain Virgil van Dijk has been a shadow of the player previously proclaimed one of the world’s top defenders, while Frenkie de Jong and Memphis Depay have struggled with niggling injuries at Barcelona.

These woes, however, pale in comparison to the blow that Senegal suffered in losing Mane, who hurt his knee playing for Bayern Munich on Nov. 8 and, after days of speculation, was finally ruled out on Thursday.

It will be a major psychological blow to a side that Mane propelled to Africa Cup of Nations success at the start of the year and then kicked the winning penalty for, as they edged Egypt in a post-match shootout for a berth at the World Cup finals.

Senegal are considered the best hope for African success in Qatar after a dire tournament for the continent in Russia four years ago, where all five representatives failed to get past the first round.

They are one of only three African countries who have previously reached the World Cup quarter-finals, which Senegal achieved 20 years ago. Coach Aliou Cisse wants his players to believe they can go as far, or even further again, even if Mane is no longer around.

“That’s the kind of confidence I want my players to have. I want them to tell themselves that if France can win, why not us?” he said.

These are not normal times, says Narain Karthikeyan

US Election 2020: What is presidential transition and what Biden’s team has done so far?

Michael Jackson Passport Application Up for Sale for $75,000