Roger Federer may have been one of the sporting world’s great communicators over the last two decades but the Swiss confessed he had been dreading being handed a microphone after his glorious career came to a close at the Laver Cup on Friday.

The 41-year-old polyglot, who has given countless on-court interviews in his 24 years at the top of the game, feared that his emotions would render him inarticulate after his final doubles match at London’s O2 Arena.

“This is the part I was extremely worried about, taking the microphone. I (wanted) to be able to have an evening where I do not have to take the mic,” he told reporters.

“Maybe you think it’s logical that I have to take the mic. In my mind I didn’t because I know how impossible I am on the mic when I am emotional.

“Weeks ago, for a fact, I was so scared of this moment that it really worried me.” 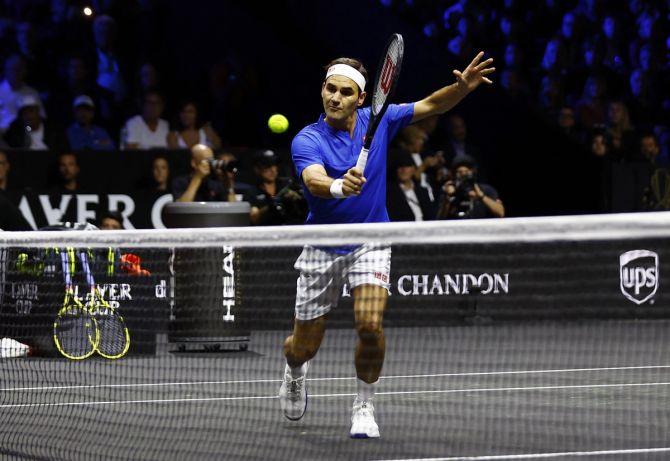 In the event, even though the tears did flow, the 20-times Grand Slam champion was able to find the words to express his feelings to fans, his rivals and his family.

“I was able to remind myself … how wonderful this is,” he said.

“This is not the end-end, you know, life goes on. I’m healthy, I’m happy, everything’s great, and this is just a moment in time.

“This is how I was able to at least say everything I have wanted, I believe. I was able to get to all those places. It was wonderful.” 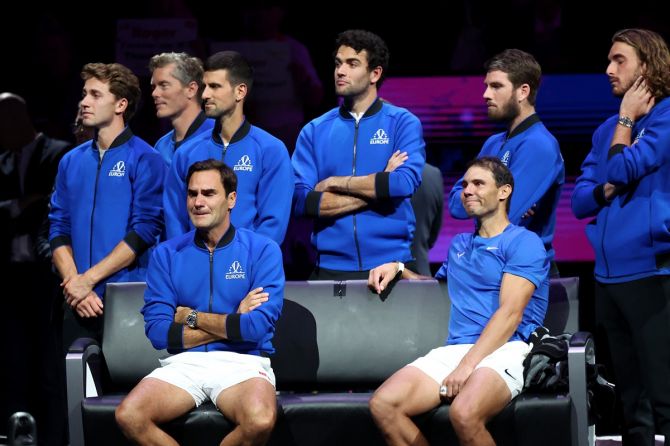 That Federer and his great Spanish rival Rafael Nadal lost their doubles match to Americans Jack Sock and Frances Tiafoe barely mattered as the night became a celebration of one of the greatest players to have graced the game.

Although he was happy with his farewell address on Friday, Federer said he felt there were a few more words of thanks he needed to dole out to fans in other parts of the world.

“I was just making sure I relayed my passion for the sport to the fans, and let them know that hopefully we’ll see each other again on a different type of tennis court somewhere around the world,” he said.

“I have no plans whatsoever for where, how, when. All I know is I would love to go and play places I have never played before or go say thank you for years to come to all the people that have been so supportive of me.

“The hard part about the Laver Cup was that tickets were already sold out. People who maybe would have also loved to be here couldn’t make it. Maybe there is another way down the stretch we can party all together.”

India vs Scotland LIVE Cricket Score, Updates: Do or die for Virat Kohli’s men in Dubai

T10 can do to cricket what T20 did, feels Dwayne Bravo