On Sunday evening, as 16-year-old Chandigarh boxer Rohit Chamoli became the junior Asian champion by winning the gold medal in the boys’ 48kg category in the Asian Junior Boxing Championship at Dubai, UAE, his father, 45-year-old Jai Prakash, was doing his job as a cook at a restaurant in Mohali.

With Rohit pocketing the title in his first major international event, Prakash could only think of celebrating the feat with his family including his wife Yashoda Devi, daughter Nikita and younger son Vipul Chamoli at his home in Nayagaon post the end of his shift at 10.30 pm and the proud father sounded emotional on talking about his son’s feat for India.

“Whatever I could manage and save, I spent in Rohit’s training and it was his hard work that pushed me to work harder and cooking in marriages as well other function part-time to earn some extra money. When he won the gold medal, it made me remember all those hard days. This gold medal is the biggest reward for me as a father and he has done us proud,” said an emotional Jai Prakash while speaking with The Indian Express.

While his family settled in Nayagaon from their native village of Palaam almost three decades ago, a young Rohit would only get fascinated by boxing on seeing his elder cousin sister Meenakshi start boxing under coach Joginder Kumar at the Bougainvillea Garden in Sector 2 in Chandigarh.

Soon Rohit too enrolled under Kumar and started boxing in 2017. 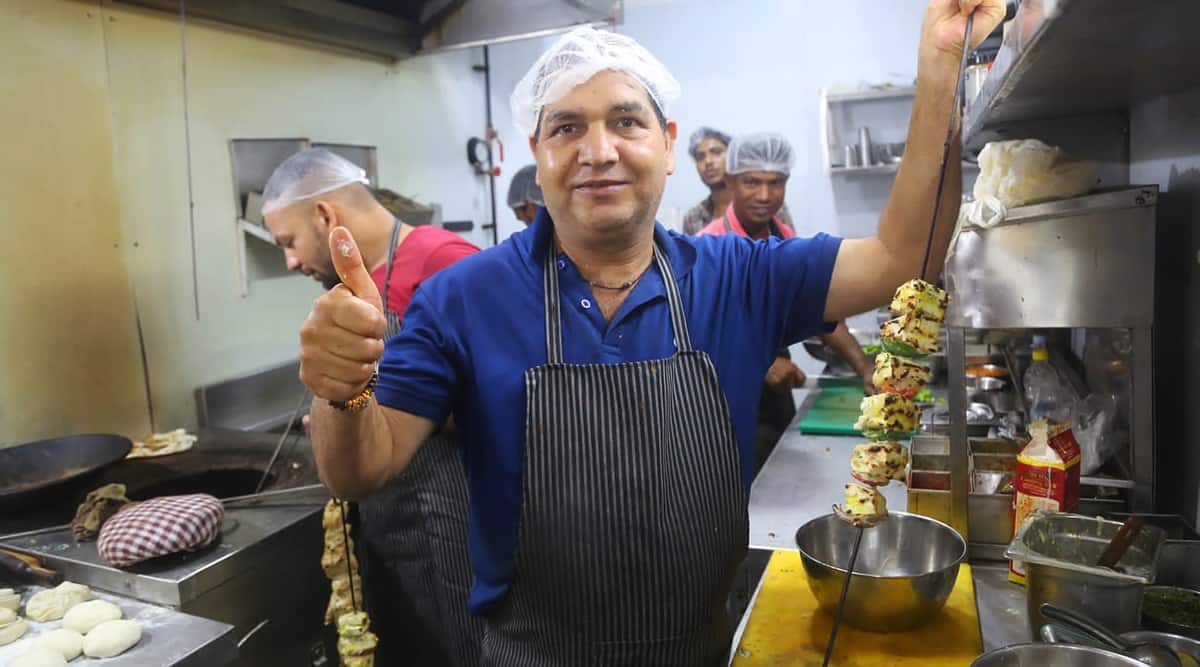 The youngster would win titles in Chandigarh State Boxing Tournament before becoming the national junior champion in the 48kg category in this year’s Junior National Boxing Championship held at Sonepat in July this year.

“I watched my elder cousin Meenakshi box under Joginder sir. To prepare as a boxer at the open garden at Bougainvillea Garden was bit tough as we don’t have a ring as well boxing pad there, but Joginder sir made sure that we learnt all the basics of boxing and would make us punch bags at his home or old bags at my home. In the sub-junior nationals in 2019, I lost the quarter-finals but it made me believe in myself. My parents have sacrificed a lot for me and this medal is for them as well my country,” shared Rohit while speaking with The Indian Express from Dubai.
Coach Joginder Kumar, who works with Punjab Police as an ASI and trains boxers at the garden in his free time, sees this gold medal as a huge step in Rohit’s career.

While the coach has also produced international medalist boxers like Sparsh, he sees Rohit too excelling in future. “Initially he was not regular in training. Then I talked his father and he told me that he wants to study. I told him that he can study too with boxing and it will also help him in his career. Then his interest grew with each day of training.

Even though he comes from a low income family, his passion made him excel. His strength was his swift footwork and long reach and he showed that in Dubai,” said Kumar.

Rohit boxes well in long range boxing and against the Mogolian boxer in the final and the Kazakh boxer in the semis, he showed that. He uses his mind well and understands the tactics well. He needs some strength in the coming years and it will come with training and he can become a good boxer in the senior category too in coming years,” shared Sharma.

As for Rohit, he wants to immolate his idol 2008 Beijing Olympics bronze medallist Vijender Singh one day.

“I idolise Vijender sir and one day, I too want to win an Olympic medal for the country,” said Rohit, who also won a cash prize of 4000 US dollars.

Weather predictions go for a toss in southern districts

‘I had police looking after my house’: Former England bowler Phil DeFreitas narrates his fight with racism

Outrage in Rajya Sabha over Hyderabad rape and murder