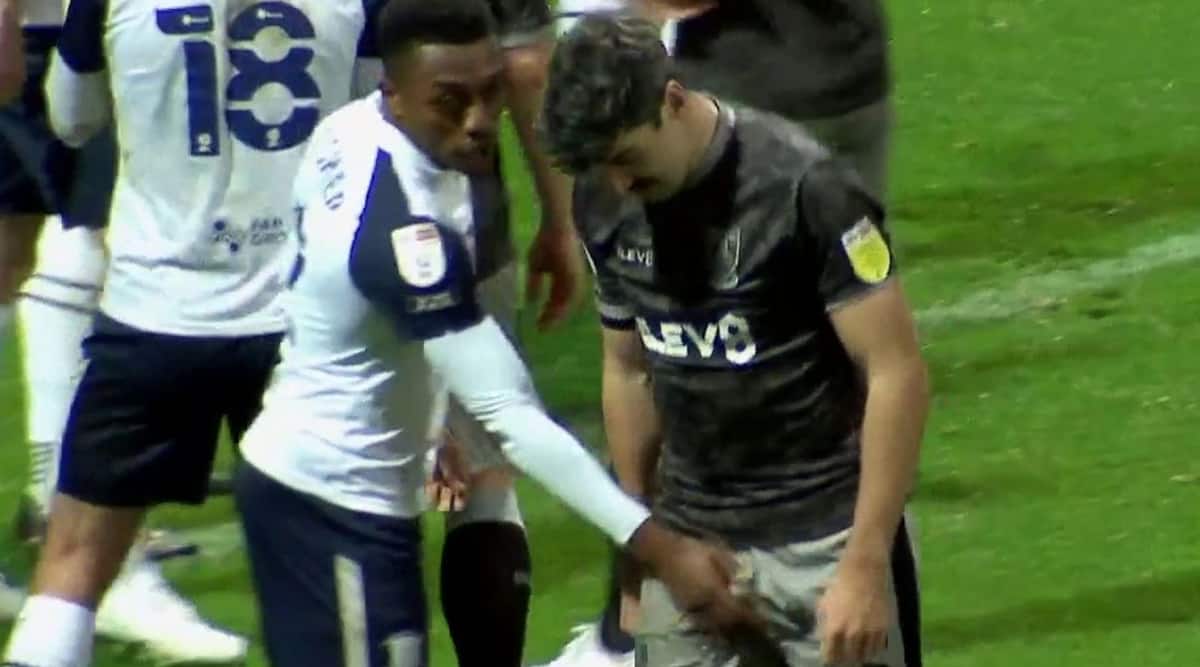 The Football Association is set to investigate a bizarre incident in the EFL Championship where Preston North End defender Darnell Fisher appeared to grab the genitals of Sheffield Wednesday’s Callum Paterson.

During Saturday’s Championship clash, the cameras caught Fisher touching Paterson in the groin area twice in the second half as Preston were preparing to defend an opposition corner.

Paterson appeared to try and capture referee David Webb’s attention after the first grab, but then Fisher repeated the action. The FA will now decide its course of action after receiving Webb’s report.

Tony Pulis, who is the new manager of Sheffield Wednesday, told The DailyMail that he did not see Fisher’s grope but added, “I’ll be up in flames if he’s done that.”

Preston won the match 1-0 with a goal from Tom Barkhuizen after Sheffield Wednesday had a man sent off.