Andriy Yarmolenko grabbed a goal and an assist as Ukraine edged out North Macedonia 2-1 on Thursday to boost their chances of reaching the European Championship knockout stages, leaving their opponents’ hopes hanging by a thread.

Yarmolenko put Ukraine ahead from a corner in the 29th minute, popping up at the back post to beat Stole Dimitrievski with a side-footed finish after latching on to Oleksandr Karavaev’s flick on.

Ukraine’s captain helped double the lead five minutes later, receiving the ball wide on the right and finding Roman Yaremchuk, who raced into the penalty area and bent a low shot past Dimitrievski at the near post.

Ezgjan Alioski dragged North Macedonia back into the match from a 57th-minute penalty after Karavaev fouled Goran Pandev. Georgiy Bushchan saved the spot kick but the ball rebounded straight back to Alioski who fired home his second attempt. 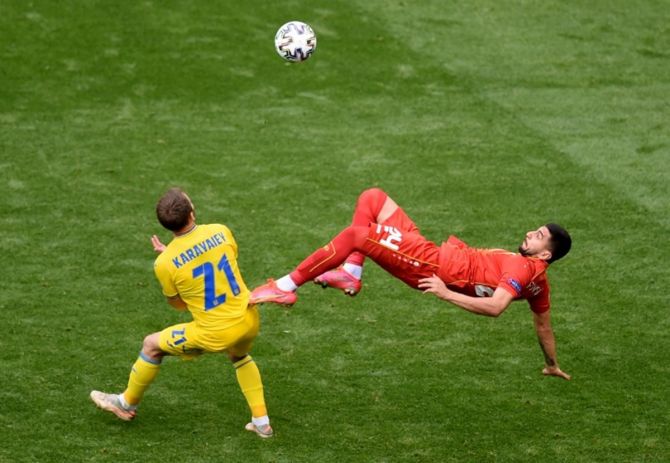 Ukraine were awarded a late penalty after Daniel Avramovski was adjudged to have handled the ball following a video assistant referee intervention but Dimitrievski batted away Ruslan Malinovskyi’s effort from the spot.

The defeat means North Macedonia, who lost 3-1 to Austria in their first game in Group C, need Austria to beat Netherlands later on Thursday if they are extend their stay at their first major tournament.

Seized idols dumped in the open