The Euro 2020 Round of 16 matches, which concluded on Tuesday, saw several top contenders fall by the wayside.

World champions France suffered a shock defeat to Switzerland, while the Czech Republic upset the Netherlands.

Defending champions Portugal were sent packing by Belgium, Ukraine knocked out Sweden and England sent Germany packing to register their  first ever knockout round win at the Euros inside 90 minutes.

As the tournament gets to the next round here’s look at the quarter-finalists:

Switzerland produced one of the biggest upsets of the tournament when they knocked out World champions France in the Round of 16 clash on Monday.

The Swiss prevailed 5-4 after a shoot-out following a thrilling 3-3 draw after extra-time to reach the quarter-finals, where they will meet Spain on Friday in St Petersburg.

Switzerland staged an unbelievable comeback, as they bounced back from 3-1 down with two goals in the final five minutes to force extra-time and eventually penalties.

It was Switzerland’s first knock-out stage victory at a tournament since 1938 and the first time they made the last eight since the 1954 World Cup, which they hosted.

Spain also battled hard to a thrilling 5-3 win over Croatia after extra-time to reach the last eight. It was Spain’s first knock-out win in a major tournament since winning Euro 2012.

The result also made Spain the first side in a Euros to score five or more goals in consecutive matches. 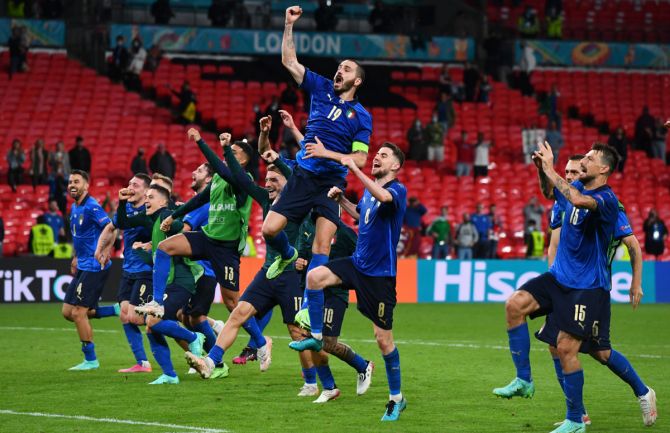 Italy will be bidding to lift their first European Championship trophy since 1968 when they take on world No 1 Belgium in a high-voltage second quarter-final in Munich on Friday.

They flattered in the group stage, winning all three games without conceding to continue their unbeaten run going back to September 2018. They endured a tough battle against Austria in the round of 16 match, prevailing 2-1 in extra-time.

Meanwhile, Belgium will be high on confidence after eliminating holders Portugal in their last-16 tie in Seville. However, Belgium are sweating on the fitness of captain Eden Hazard and playmaker Kevin de Bruyne ahead of their clash against Italy.

De Bruyne went off with an ankle injury in Sunday’s 1-0 win over Portugal in the last 16, while Hazard also pulled up three minutes from time in a double blow to the top-ranked Belgians.

Belgium were among the pre-tournament favourites but they will need to raise their game significantly if they are to get past Roberto Mancini’s Azzurri who are unbeaten in 31 matches. The Czech Republic made it to the quarter-finals after upsetting the Netherlands with a 2-0 victory in Budapest on Sunday.

Tomas Holes and Patrik Schick scored second-half goals to take the Czechs into the quarter-finals with a deserved victory over a Dutch side that topped their group with three wins.

The Czechs set up a quarter-final clash with Denmark in Baku on Saturday, turning around their Euro 2020 fortunes having only reached the knockout phase after finishing third in their group.

Dominant Denmark thrashed Wales 4-0 to sweep into the quarter-finals on Saturday and continue a wave of positive emotion generated by sympathy for Christian Eriksen.

Forward Kasper Dolberg struck in each half while Joakim Maehle and Martin Braithwaite got in on the act late on, enabling Danes to dream of repeating their 1992 Euros win while banishing Welsh hopes of matching their 2016 semi-final run.

Denmark made it to the quarter-finals for the first time since 2004. 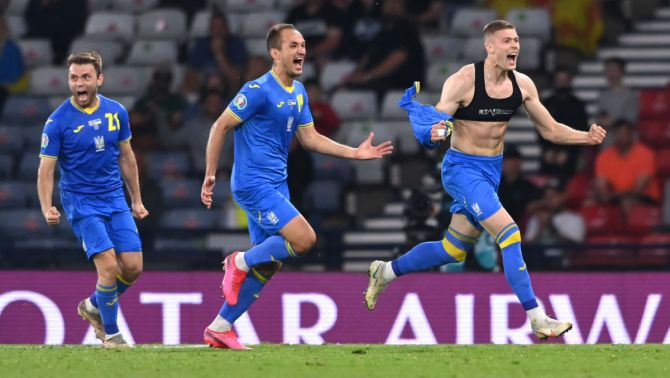 Having outclassed Sweden, Ukraine will be motivated to produce an upset when they lock horns against England at the Stadio Olimpico in Rome on Saturday.

The Ukrainians booked their quarter-final berth with an extra-time 2-1 win over Sweden on Tuesday thanks to a last-gasp goal by Artem Dovbyk after England sent Germany home on the back of second-half efforts from Raheem Sterling and Harry Kane.

Raheem Sterling and Harry Kane struck late goals as England reached the Euro 2020 quarter-finals with a 2-0 win over Germany at Wembley, their first knockout victory over their old rivals since the 1966 World Cup final.

It was England’s first ever knock-out round win at the Euros inside 90 minutes.

England will head into their quarter-final match knowing victory will set-up a semi and potentially a final on home turf back at Wembley.

Kansas city finally finds a reason to fall in love

Mukesh Khanna on title change of Akshay Kumar and Kiara Advani starrer Laxmii: It will be an example in history