The finalists drew 1-1 after extra time and Italy won the shootout 3-2, with England players Marcus Rashford, Jadon Sancho, and Bukayo Saka, who are all Black, missing spot-kicks. 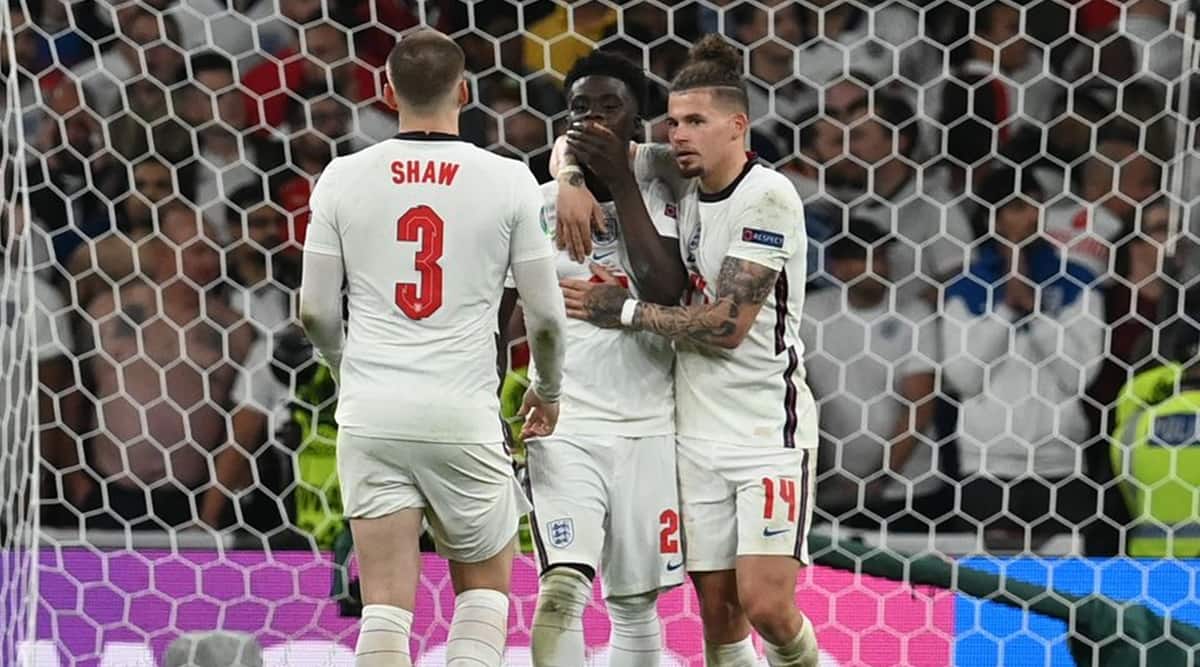 England’s Football Association released a statement in the early hours of Monday morning condemning the online racist abuse of players following the team’s penalty shootout loss to Italy in the Euro 2020 final on Sunday.

The sides drew 1-1 after extra time and Italy won the shootout 3-2, with England players Marcus Rashford, Jadon Sancho, and Bukayo Saka, who are all Black, missing spot-kicks.

“The FA strongly condemns all forms of discrimination and is appalled by the online racism that has been aimed at some of our England players on social media,” the statement said.

“We could not be clearer that anyone behind such disgusting behaviour is not welcome in following the team. We will do all we can to support the players affected while urging the toughest punishments possible for anyone responsible.”

The England team also released a statement condemning the abuse directed at its players on social media.

“We’re disgusted that some of our squad – who have given everything for the shirt this summer – have been subjected to discriminatory abuse online after tonight’s game,” the team tweeted.

British police said it would investigate the posts.

“We are aware of a number of offensive and racist social media comments being directed towards footballers following the #Euro2020 final,” the Metropolitan Police tweeted.

“This abuse is totally unacceptable, it will not be tolerated and it will be investigated.”

London Mayor Sadiq Khan called on social media companies to remove such content from their platforms.

“Those responsible for the disgusting online abuse we have seen must be held accountable – and social media companies need to act immediately to remove and prevent this hate,” Khan said in a tweet.

‘I was on that edge’: Sreesanth opens up on depression after Sushant Singh Rajput’s demise

The battle of the freaks

The man who dignified and illuminated the craft

Mumbai: Murder convict who jumped furlough in 2006 held; was living in city under fake ID

Chandan Roy Sanyal: Want to write and direct my own films