It is that Italy that England must overcome Sunday evening if it is to lift the European Championship trophy: the Italy that not only finds pride in its defending, but treats it with genuine relish. 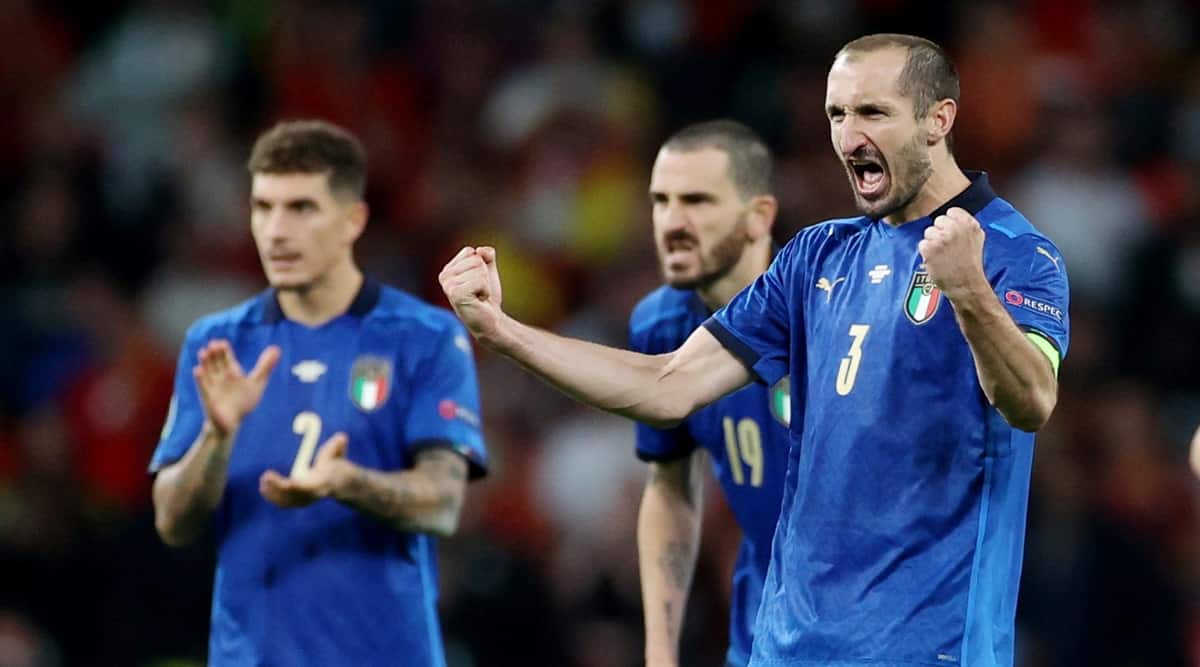 There are plenty of stories. Some of them are so far-fetched that, if it were not for the eyewitness testimony or the video footage, the natural instinct would be to assume they are apocryphal. The best of them, though, the most illustrative, is the one about the garlic tablets.

In 2014, before Juventus was scheduled to play Roma in a crucial game at the summit of Serie A, Leonardo Bonucci ate a handful of garlic tablets. His motivational coach, Alberto Ferrarini, had given them to him, later explaining that “hundreds of years ago, soldiers ate garlic to keep them strong, healthy and alert.” The tablets were intended to give Bonucci the same traits.

There was, of course, another benefit. Ferrarini also told Bonucci to “breathe in the faces of Gervinho and Francesco Totti,” Roma’s star attackers. The ploy worked — Juventus won 3-2 and Bonucci scored the winning goal — and the myth crystallized just a little more. There was nothing Bonucci, like his Juventus and Italy teammate Giorgio Chiellini, would not do in service of victory.

Italy’s run to the final of Euro 2020 has, in many ways, highlighted a drastic shift in the country’s soccer culture. Roberto Mancini’s team is young, vibrant and adventurous, designed around a slick and technical midfield and imbued with a bright, attacking style.

If it was that vision of Italy that carried the team through the group stage and helped it sweep aside Austria and then Belgium in the knockout rounds, the team’s semifinal victory against Spain was built on a more familiar iteration: ruthless and redoubtable, cast not in the porcelain image of Lorenzo Insigne and Marco Verratti, but in the unyielding concrete of Bonucci and Chiellini.

It is that Italy that England must overcome Sunday evening if it is to lift the European Championship trophy: the Italy that not only finds pride in its defending, but treats it with genuine relish. As Bonucci has previously said, “As a defender, you always like winning 1-0.”

In the tournament’s opening game, with Mancini’s team up 3-0 on Turkey and cruising to a victory, Chiellini and Bonucci celebrated an injury-time goal-line clearance with the sort of vigor more traditionally reserved for last-gasp winning goals.

It has been that way for years, of course. Chiellini made his Italy debut in 2004; Bonucci, only two years younger but a much later bloomer, joined him in 2010. Between them, they now have made 219 appearances for their country, the vast majority of them in tandem. They are so inseparable, at both club and international level, that one of Google’s suggested searches for them is: “Are Chiellini and Bonucci related?”

They are not, but even they admit they may as well be. “I think I know Bonucci better than I know my wife,” Chiellini has said. Bonucci finds that he does not have to “think about the other things you normally would when playing with someone else; we know each other’s games inside out.”

What makes it work, though, is not that they are similar, but that they are different. Away from the field, Chiellini is sufficiently divergent from his on-field persona that Spain striker Alvaro Morata’s mother once told him that she was surprised at how gentle, polite and, well, nice he was.

He has a degree in economics and commerce. He co-authored a book on his hero, Juventus defender Gaetano Scirea. He is, by his own estimation, much more “serene, much more reflective” than he appears. Being captain of both Italy and Juventus brought him a sense of “calm,” he wrote in his autobiography, so that he even felt comfortable toning down his combative style while playing. His broad grin, as Italy’s semifinal with Spain went to penalties, was taken as gamesmanship by his opponents. In reality, he was probably just enjoying himself.

Bonucci, the more refined of the two, is also a contradiction. It is he who struggled, early in his career, with self-doubt; who felt the need to hire Ferrarini as a young player. The trainer’s methods were unorthodox — in one telling, he would take Bonucci down to his basement and repeatedly punch him in the stomach, to improve his focus — but, over time, they worked. Bonucci became, as Ferrarini put it, a “warrior.”

On the field, the story is the same. Their shared passion for stopping other people having fun might make it seem as if they are cut from the same cloth, but the strength of their partnership is in how little, rather than how much, they are alike.

“They understand each other,” said Andrea Barzagli, a former teammate of both men. “When you have been through so many moments together, you know what is happening, how the other one will respond. You can remember what happened in that situation previously, how you dealt with it between you. They compensate for each other.”

Barzagli, of course, is in a better position to analyze their relationship than most. Until recently, Bonucci and Chiellini were not a pair, but part of a trio, for both Juventus and Italy: Barzagli completed it, until he withdrew first from international contention in 2018, and then retired from playing entirely a few months later.

Each one, in that triumvirate, had his own role. In Chiellini’s estimation, he was the “aggressive” one, Bonucci was the “metronome” and Barzagli the “professor.” “He is always in the right place at the right moment,” Chiellini said.

To Bonucci, Barzagli was the “example.” “Andrea is unbeatable in one-on-ones,” he said.

Barzagli’s interpretation runs along similar lines. “Giorgio is the type of defender who needs to feel contact,” he said. “He uses his intelligence but also his physical strength to deny a player space. That type of defending is increasingly rare now. It has changed a lot in the last few years. I don’t want to say he is one of the last great Italian defenders, but he is in that tradition.”

Bonucci, by contrast, is “more modern,” Barzagli said, better at “reading the game, understanding situations,” the sort of player that Pep Guardiola, high priest of the modern style of defending, has described as “one of his favorite ever.” Matthijs de Ligt, a Dutch defender who serves as Barzagli’s heir at Juventus, admires his “vision, the accuracy of his long and short passing.” He sees something else in Chiellini. “It looks like he has a magnet in his head,” de Ligt said.

Barzagli has not yet decided where he will watch the final Sunday. Nerves never troubled him as a player; watching games as a spectator, he has found, is a little more stressful. “It is because you can’t do anything,” he said. He might choose to watch in the sanctuary of his own home, rather than with other people, to help him cope with it better.

What dulls that anxiety most is the presence of his two former comrades. That they are still here, at the highest level of the game, is testament, in his eyes, to their “professionalism, their dedication, how well prepared they are physically and mentally.”

He added: “That is their great secret, why they have been able to go on for so long.”

Once again, on Sunday, familiarity will bring Italy comfort. Much has changed in front of them, but Bonucci and Chiellini are still there, still celebrating tackles, still enjoying their work.

“One thing that maybe Italy knows and other countries do not,” Barzagli said, “is that defenders get better with age. You are always learning. With more experience, you have more solutions. You know what to do in every situation, because you have seen it before. That happens even when you are 34 or 35.” It is what has happened for Bonucci and Chiellini, too. This is a major final, of course, but it is also just another game. It is nothing they have not seen before.

Infra projects in Noida delayed till Lok Sabha elections are over