Martinelli, a substitute, bundled in from close range in the first minute of added-on time before Pepe scored his second of the match to clinch a victory that moved Arsenal into ninth place. 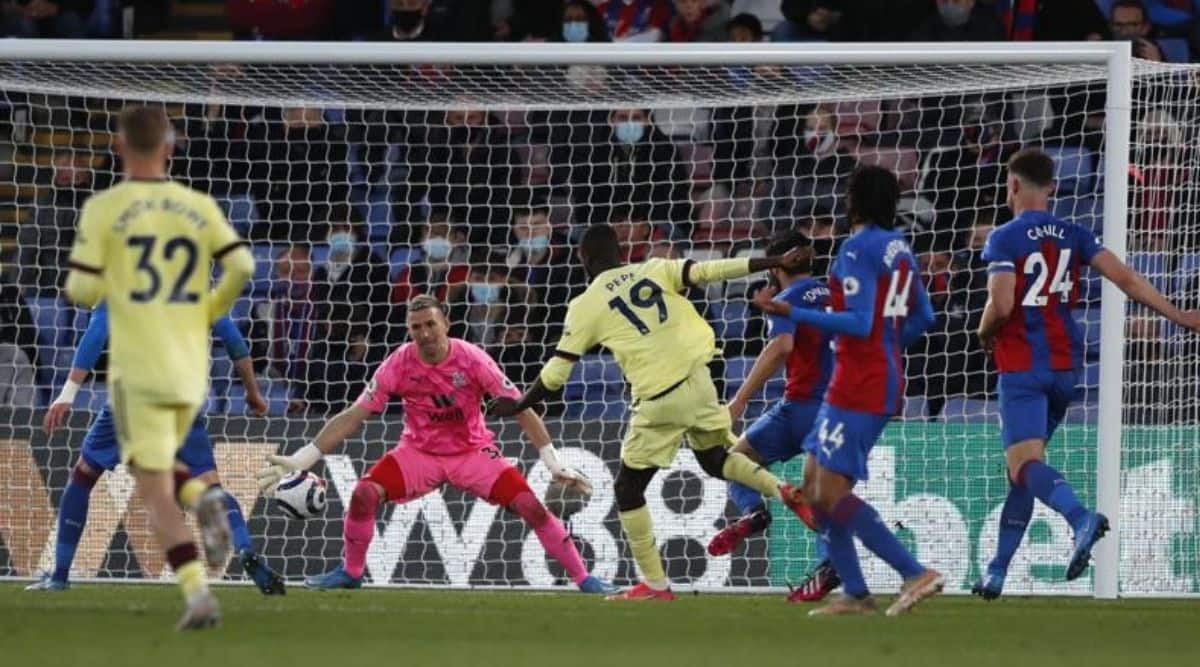 Gabriel Martinelli and Nicolas Pepe scored in second-half stoppage time to give Arsenal a 3-1 win at Crystal Palace in the Premier League on Wednesday, keeping alive the team’s outside chances of qualifying for European competition next season.

Martinelli, a substitute, bundled in from close range in the first minute of added-on time before Pepe scored his second of the match to clinch a victory that moved Arsenal into ninth place.

Mikel Arteta’s team is in the fight to finish in the qualifying spots for the lower-tier European competitions — the Europa League and the Europa Conference League — heading into the final round on Sunday.

Christian Benteke’s diving header at a free kick in the 62nd minute canceled out a well-worked team goal finished by Pepe in the 35th at Selhurst Park, where up to 10,000 fans returned for the first time after an easing of pandemic restrictions.

It was Roy Hodgson’s final home in charge of Palace. The former England coach said this week he’d be leaving at the end of the season having been in charge since September 2017. 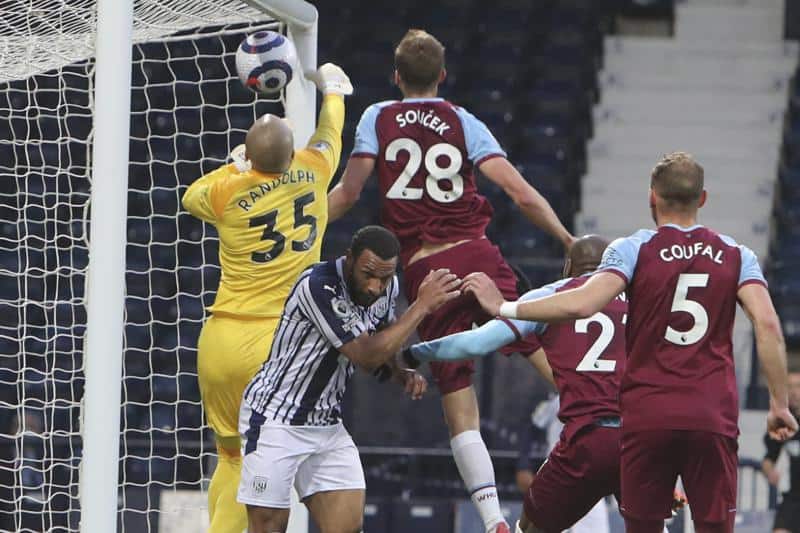 West Ham stayed on course for a Europa League spot with a 3-1 win over already relegated West Bromwich Albion, whose manager Sam Allardyce announced after Wednesday’s game that he would step down.

Allardyce said he turned down an offer from the club to remain in charge of the club for their return to the Championship.

In a statement released shortly after the loss, Allardyce said: “West Bromwich Albion made me a generous offer to stay at The Hawthorns that shows the commitment of an ambitious club. After serious consideration I have decided not to accept that offer.”

Allardyce was hired in December with the club in 19th place, but couldn’t avoid having his team relegated from the Premier League for the first tim in his managerial career.

David Moyes’ West Ham, meanwhile, goes into the final game of the season against Southampton knowing a point will confirm a Europa League spot after coming from behind at The Hawthorns. West Brom took the lead after West Ham’s Declan Rice missed a third-minute penalty and Tomas Soucek scored an own goal.

Soucek leveled before the break, with Angelo Ogbonna and Michail Antonio scoring late to secure the win.

West Ham is in sixth place, three points ahead of Tottenham and Everton, following a remarkable turnaround after they finished 16th and survived by five points last season.

Willock headed home a cross from Jacob Murphy just before halftime against already-relegated United. The 21-year-old midfielder is on loan from Arsenal but the 10,000 fans who were allowed into St. James’ Park for the first time this season chanted for him to make the move permanent.

United beat Newcastle in January for their first league victory of the season — at the 18th attempt — but only came close to an equalizer when David McGoldrick clipped the bar with a cheeky 77th-minute attempt which sent goalkeeper Martin Dubravka back-pedaling towards his line.

Newcastle climbed to 15th with 42 points, while Sheffield remained on 20 points.

Everton beat Wolverhampton 1-0 in the Premier League on Wednesday to end a five-game winless run at home and keep its slim hopes of European qualification alive.

Richarlison’s 48th-minute header proved the winner and gave 6,500 returning fans something to cheer about at Goodison Park.

Coupled with Tottenham’s home loss to Aston Villa, the win keeps Everton in the mix for Europa League qualification, although a far inferior goal difference and a final-day trip to Manchester City still leaves Carlo Ancelotti’s team as the outsider.

Everton began the night with only five home wins all season, two of those coming in December when 2,000 fans were allowed in for back-to-back wins over Arsenal and Chelsea. The returning supporters helped the team complete a first league double over Wolves in 45 years.

They did it despite the absence of James Rodriguez, who is yet to play in front of a Goodison crowd as he was absent due to what manager Carlo Ancelotti said was fatigue.

Richarlison made the breakthrough at a corner, rising above Willy Boly to head in Gylfi Sigurdsson’s out-swinging delivery.

Tottenham jeered by returning fans in 2-1 loss to Villa Tottenham’s players were jeered by their own returning fans during and after a 2-1 loss to Aston Villa in the Premier League on Wednesday, which could prove to be Harry Kane’s final home match for the club.

Villa recovered from conceding an eighth-minute goal by Steven Bergwijn to score twice before halftime, with Tottenham left back Sergio Reguilon slicing in a comical own-goal and then twice failing to clear to allow Ollie Watkins to run through and finish.

Up to 10,000 Tottenham fans were allowed back into the stadium for the first time following the easing of pandemic restrictions by the British government, and they made their feelings known about the team’s performance — especially in the first half.

A win would have virtually secured a spot in one of the minor European competitions for Tottenham, which started the day in sixth place, but that will now be determined on the final day of the season when the team plays away to Leicester.

Kane didn’t have a clear-cut chance to add to his 22 league goals for the season, which was tied with Liverpool’s Mohamed Salah coming into the game. After the final whistle, he looked emotional as he walked around the field away from his teammates, applauding the pockets of fans still in the stadium.

Sky Sports, one of the Premier League’s major rights holders, reported this week that the England striker has asked to be sold after becoming unhappy with the lack of progress at the club.

Villa is set to finish in 11th place, a season after almost getting relegated, and looked a different proposition with captain Jack Grealish back in the starting lineup after a three-month injury layoff. He had played in Villa’s last two games, but only as a second-half substitute.

Arsene Wenger expects to be back in work by January

Shraddha Kapoor to drive Saaho to the end