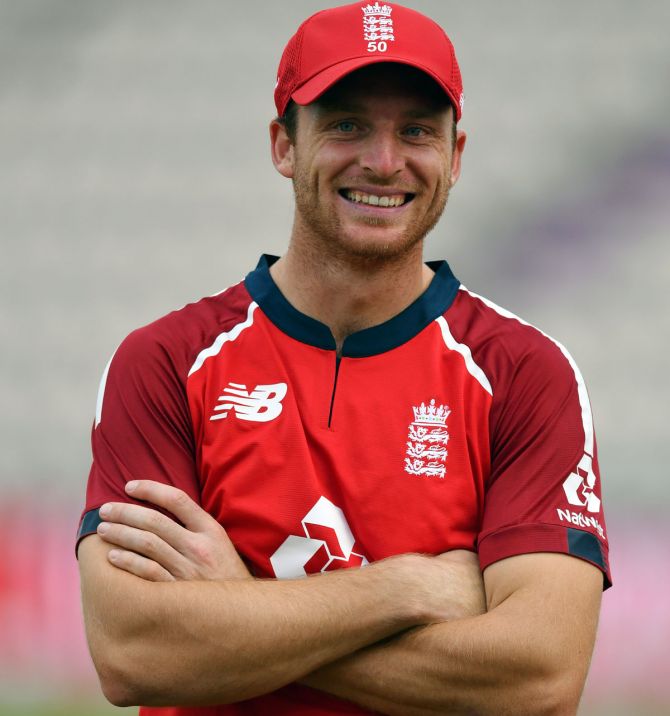 Batsman Jos Buttler will not play in the third Twenty20 international against Australia after leaving the team’s bio-secure bubble to be with his family, the England and Wales Cricket Board (ECB) said on Monday.

Opener Buttler anchored England’s chase of 158 on Sunday, remaining unbeaten on 77 off 54 balls, as the hosts prevailed with seven balls to spare to take an unassailable 2-0 lead in the series ahead of Tuesday’s final match in Southampton.

The ECB did not say why Buttler had left the bubble but expected him to return before the three-match one-day international series against the same opponents begins on Friday.

“England batsman Jos Buttler left the bio-secure bubble yesterday evening following the team’s victory over Australia to be with his family,” the ECB said in a statement.

“Buttler, subject to testing, will return to the bio-secure bubble on Thursday ahead of the first ODI of the Royal London Series at Emirates Old Trafford on Friday.”

England can replace Australia at the top of the T20 rankings if they win the final match and sweep the series 3-0.

I am flexible to bat at any position: Suryakumar

An actor who used to be a supermodel is ‘mastermind’ of Bollywood drugs nexus: report

Shekhar Suman slams actors for ‘tarnishing Sushant Singh Rajput’s name’ in their testimonials: ‘Dead man cannot defend himself’
We and our partners use cookies on this site to improve our service, perform analytics, personalize advertising, measure advertising performance, and remember website preferences.Ok