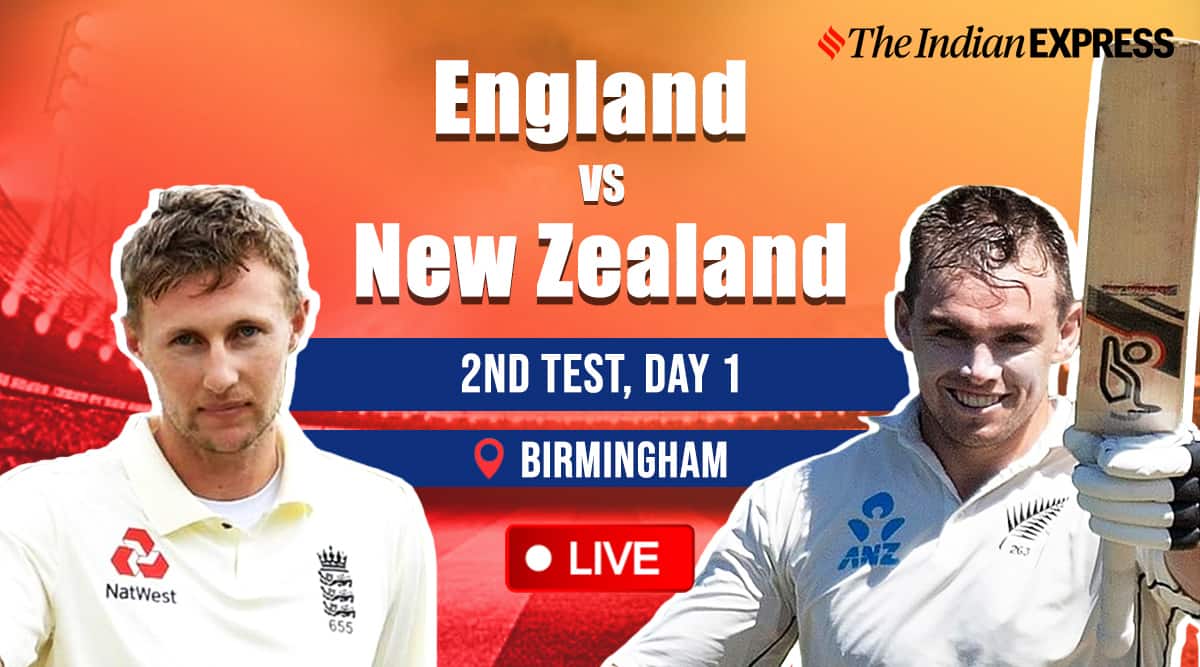 England vs New Zealand (ENG vs NZ) 2nd Test Live Cricket Score Updates: After the drawn first Test at the Lord’s, England and New Zealand are taking on each other in the second Test at the Edgbaston Stadium in Birmingham on Thursday.

The hosts are under pressure after debutant Ollie Robinson was suspended for his old racist and sexist tweets raked up a controversy which later became bigger after some other English players’ old tweets went viral. Meanwhile, the visitors are playing this crucial game without their regular skipper Kane Williamson because he is resting his injured elbow. Tom Latham is leading the Kiwi team while Will Young comes into the starting lineup and will bat at number three at Edgbaston.

After Wagner continued with the momentum with two maidens, Sibley (25*) decided to let loose a bit. The opener punishes the pacer’s full and wide deliveries for two well-timed boundaries. Later, Burns (23*) joins in on the act and smacks him for a four towards third man. Sibley again… and now it’s starting to look like the start of a dominating partnership. ENG: 52/0 (20 overs)

England openers have done well to tick off the first hour. The ball was not swinging prodigiously and whatever swing was there the two batsmen have handled it well. Burns is on 10* and Sibley is on 11*. Slow and steady win the race? ENG: 25/0 (14 overs)

The England openers are taking their time to settle in at Edgbaston as they continue to comfortably see off the pace attack of the opposition. Both Burns and Sibley are on 6* while Henry, Boult make it three straight maiden overs now. ENG: 16/0 (8 overs)

Rory Burns and Dominic Sibley open the innings for England while Trent Boult starts the proceedings with the ball. After a tense five opening balls, Burns releases the pressure with a well-struck four on the final ball of the opening over. Matt Henry joins the attack and he concedes two extras. Sibley opens his account with a two after spraying a shot towards outside-off. ENG: 8/0 (2 overs)

Hello and welcome to the live commentary and updates of the second Test between England and New Zealand. After visitng skipper Kane Williamson’s unavailability, BJ Watling has now been ruled out with a back injury. Stay tuned for more!

A woman, her best friend, and a quick walk down the aisle?

Snooki 'Upset' Over How This 'Jersey Shore: Family Vacation' Storyline Was Edited