The trio were already named in the original Lions squad last month, but their fitness levels were monitored in recent weeks as their playing time increased with the senior team. 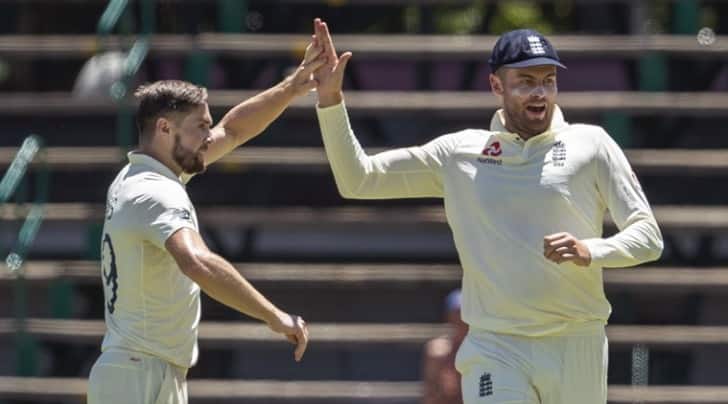 Dom Sibley, Dom Bess and Zak Crawley will join up with the England Lions squad for the red-ball leg of their tour of Australia after impressing with the senior team in South Africa, the England and Wales Cricket Board said on Monday.

England sealed a 191-run win in the fourth test against South Africa at The Wanderers to complete a 3-1 series victory.

The trio were already named in the original Lions squad last month, but their fitness levels were monitored in recent weeks as their playing time increased with the senior team.

Sibley scored his maiden hundred in Cape Town and finished with series with 324 runs at an average of 54, while Crawley celebrated his first test half-century in the final test.

“It has been great to see them performing so well in the test arena and the Lions tour is an opportunity for them to continue their development in international cricket, gaining experience in a wider range of conditions,” ECB performance director Mo Bobat said.

“This will not only allow them to hone their skills on Australian wickets for future Ashes series, but is also a chance to continue their form with selection for England’s Sri Lanka tour on the horizon.”

Captain Faf du Plessis said South Africa face an uphill task to re-establish themselves as a top test team but predicted they would bounce back in a few years after losing the series to England on Monday.

South Africa were handed an eighth defeat in their last nine tests — their worst run in over 100 years — as England completed a 3-1 series win by beating their hosts by 191 runs in the fourth test at The Wanderers on Monday.

Du Plessis blamed the team’s plight on the loss of many key players in recent years, including AB de Villers, Hashim Amla, Morne Morkel and Dale Steyn, and now Vernon Philander, who played his last test on Monday.

“We’ve got some good things in place with a strong and experienced coaching team and we know that in time they will guide players but the experience we are lacking now will also take time to get,” he said.

South African cricket, reeling from accusations of corruption in its administration, appointed former wicketkeeper Mark Boucher as coach less than a fortnight before the series against England started and called up several untested players.

“We’ve had nine debutants in the last eight tests, which just shows where we are. It’s experience we need and it will take time, and I know everyone is disappointed but every team goes through this.

“Unfortunately we are at the stage where it is happening right now and I have no doubt that in a year or two, we’ll look back at this time and see that this is where it started again for us.”

Du Plessis said the new test bowlers needed time to improve but praised the performance of Anrich Nortje, who proved a rare highlight for South Africa over the four tests against England.

“There is a gap where our next tier of bowlers need to be, to get to same quality as (Kagiso) Rabada, Philander, Morkel and Steyn.

“Nortje had a really good series and he is one of the finds for us. We always knew he had pace but the fact he showed control and adapted with different lengths on different pitches is what we need.

“We need guys to come into test cricket and just shine. That’s what used to happen and it eased the transition period a lot quicker.”

There was an expectation that the 35-year-old Du Plessis might step down after Monday’s loss but he said he would not be making any hasty decisions.

UNSC should not be misused with ‘retaliatory intent’ to name innocent civilians as terrorists: India