Russel Arnold shared his experience when playing against India and revealed that it was easy to rile up former Indian skipper Sourav Ganguly. 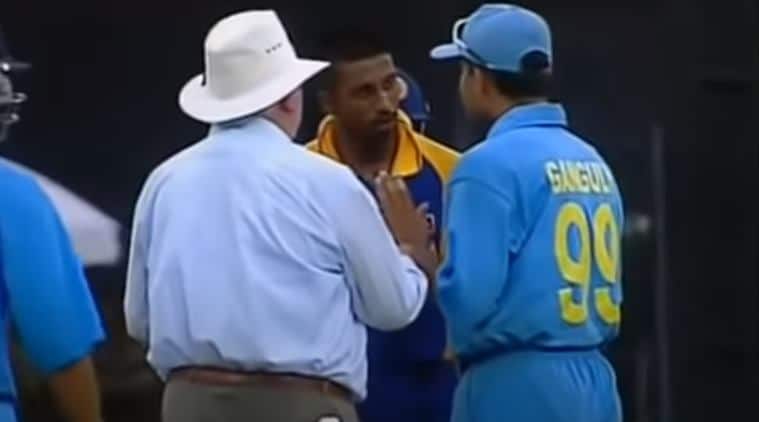 Former Sri Lankan cricketer-turned commentator Russel Arnold on Monday recalled his heated confrontation with Sourav Ganguly during the 2002 edition of the ICC Champions Trophy and deemed it as a good banter.

In an Instagram Live with Indian off-spinner Ravichandran Ashwin on Monday, Arnold spoke about his experience of playing against the Indian cricket team and then went on to reveal how it was easy to rile up Ganguly, who was a fierce competitor.

Recalling the exchange in the Champions Trophy final at Colombo, where the two were involved in a highly publicised heated exchange, Arnold said, “It was the 2002 Champions Trophy. We were playing in Sri Lanka. We were about 200 I think.”

“I remember I had played a delicate late cut and then took 2-3 steps down the wicket. Okay, I can be honest now. It’s been 18 years now. I took 2-3 steps down. Everyone does it. Sourav Ganguly came up immediately and made some noise, confronted me,” Arnold said on the episode titled ‘Reminisce with Ash’.

“Nothing happened. Then Rahul Dravid told me ‘Russ, don’t run on the (danger area) of the pitch’. It was just banter. When we are playing with Sourav… he is a fierce competitor. He will give as good as he gets. It’s also a bit easy to wind him up. He always has replied.”

The on-field umpires Steve Bucknor and David Shepherd intervened as Arnold and Ganguly got engaged in an argument. Shepherd had a word with the Indian skipper before writing down something on his notepad.

ALSO READ | Another 4000 or so with 2 new balls: Sourav Ganguly replies to Sachin Tendulkar’s query

The middle-order batsman had scored an unbeaten 56 off 101 as Sri Lanka posted a total of 222/7 in the first innings. However, rain played spoilsport in the second innings and the match was washed out after 8.4 overs as the two teams shared the trophy.

Only way to stop MI: Catch them on off-day, avoid mistakes, paper over cracks

Kevin Spacey speaks out for first time after sexual assault allegations, says his world changed ‘in just a matter of hours’