Deepak Chahar had been fired up by what a fan messaged him before his match-winning spell of 4/13 against Punjab Kings. 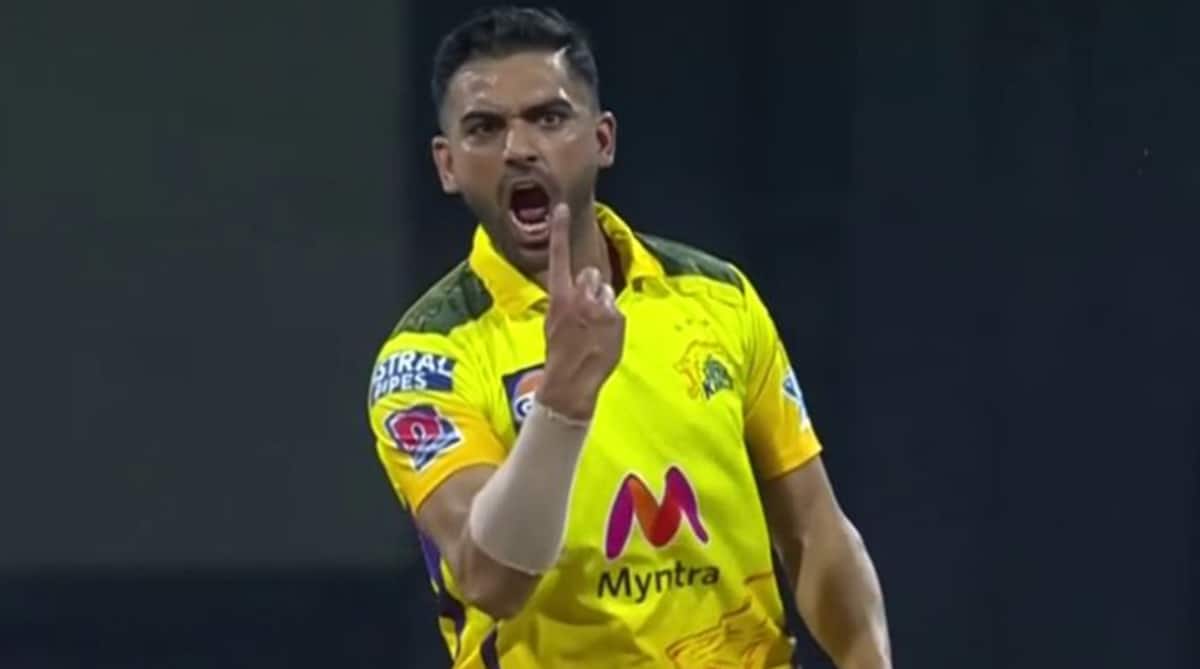 Deepak Chahar said he wants to dedicate his match-winning spell of 4/13 against Punjab Kings to a ‘fan’ who had messaged him on social media. Chahar, whose best ever spell in the IPL for Chennai Super Kings on Friday won them their first points of the season, said he had been fired up by what the fan had told him.

“I was checking social media after reaching my room. A boy had texted me saying, ‘Bhai aap bohot acche bowler ho but ek request hai — agla match mat khelna’ (You are a good bowler but I request you to not play the next match),” Chahar said after the match in a video posted by IPL.

“Expectations are very high and performing in every match is important. So, this is for that guy who messaged me. This performance would not have come if I was not playing. Don’t declare a player bad on the basis his one performance. Please support them,” he added.

Chahar picked up the wickets of Mayank Agarwal, Chris Gayle, Deepak Hooda and Nicholas Pooran to leave the Punjab top order routed. He roared back to form spectacularly after having registered figures of 0/36 in CSK’s opening match of the season.

Mothers in MP will turn warriors against malnutrition