Kane Williamson’s team has looked low on resources after the exit of their stars David Warner, Rashid Khan, Jonny Bairstow, Manish Pandey, Wriddhiman Saha and Jason Holder to other franchises.

The SRH think-tank in the dugout seems to have more talent than what the team has in the middle. Featuring, as it does, a bowler who has taken more Test wickets than anyone else in cricketing history (Spin Bowling Coach Muttiah Muralitharan), a batsman who scored more runs in one Test innings than anyone else in cricketing history (Batting Coach Brian Charles Lara), a fast bowler who was one of the finest in this new century with 439 Test wickets (Bowling Coach Dale Steyn) and a Head Coach who has been part of two World Cup winning teams (Tom Moody).

Reckon Captain Kane can call on Murali, Lara and Steyn to shore up his resources on the field of play?

Please click on the images to view in full screen. 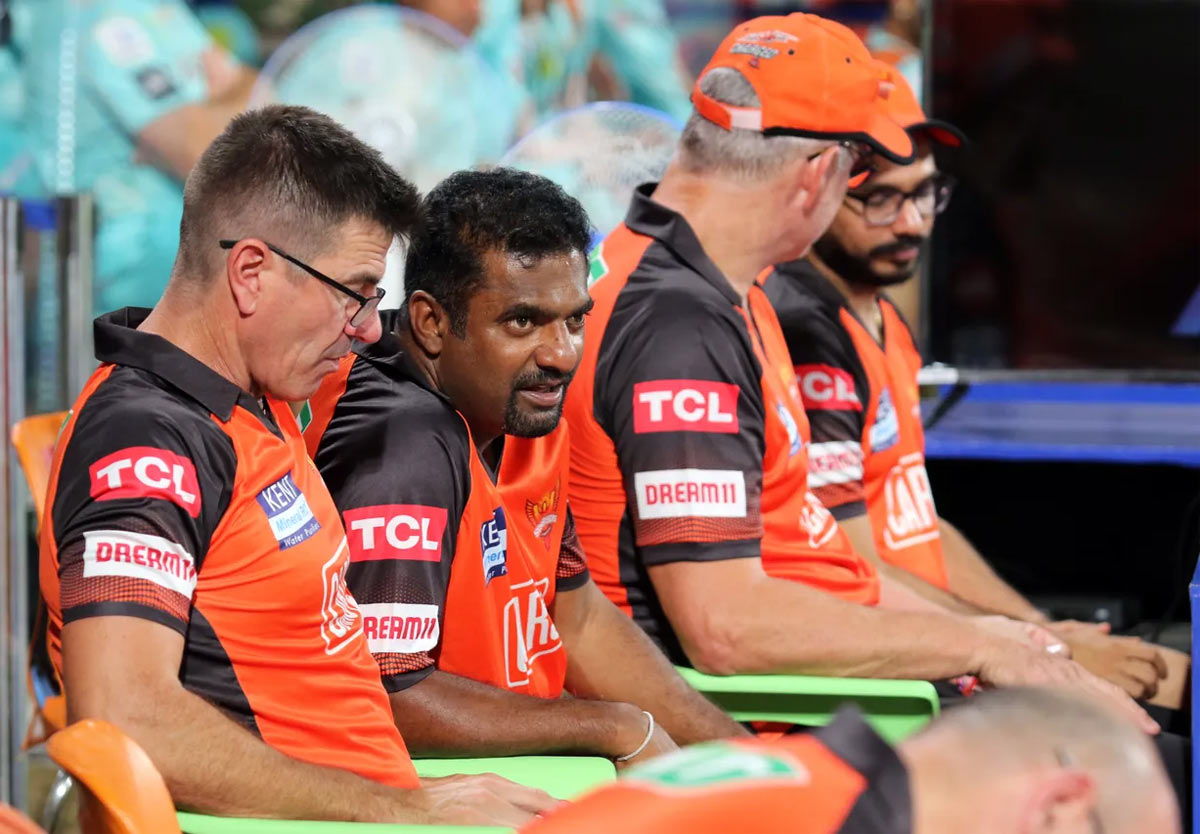 IMAGE: Brian Lara appears nonplussed with his batters’s inability to shine during a game. 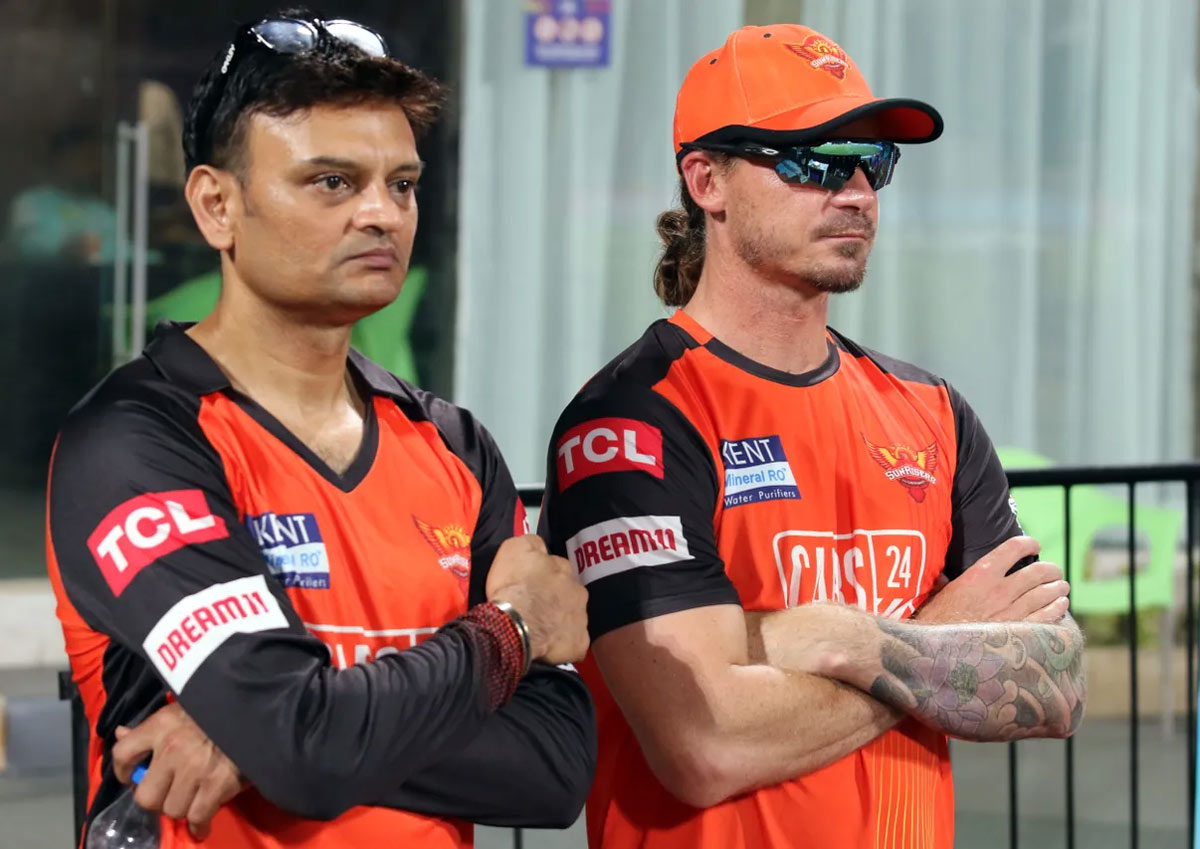 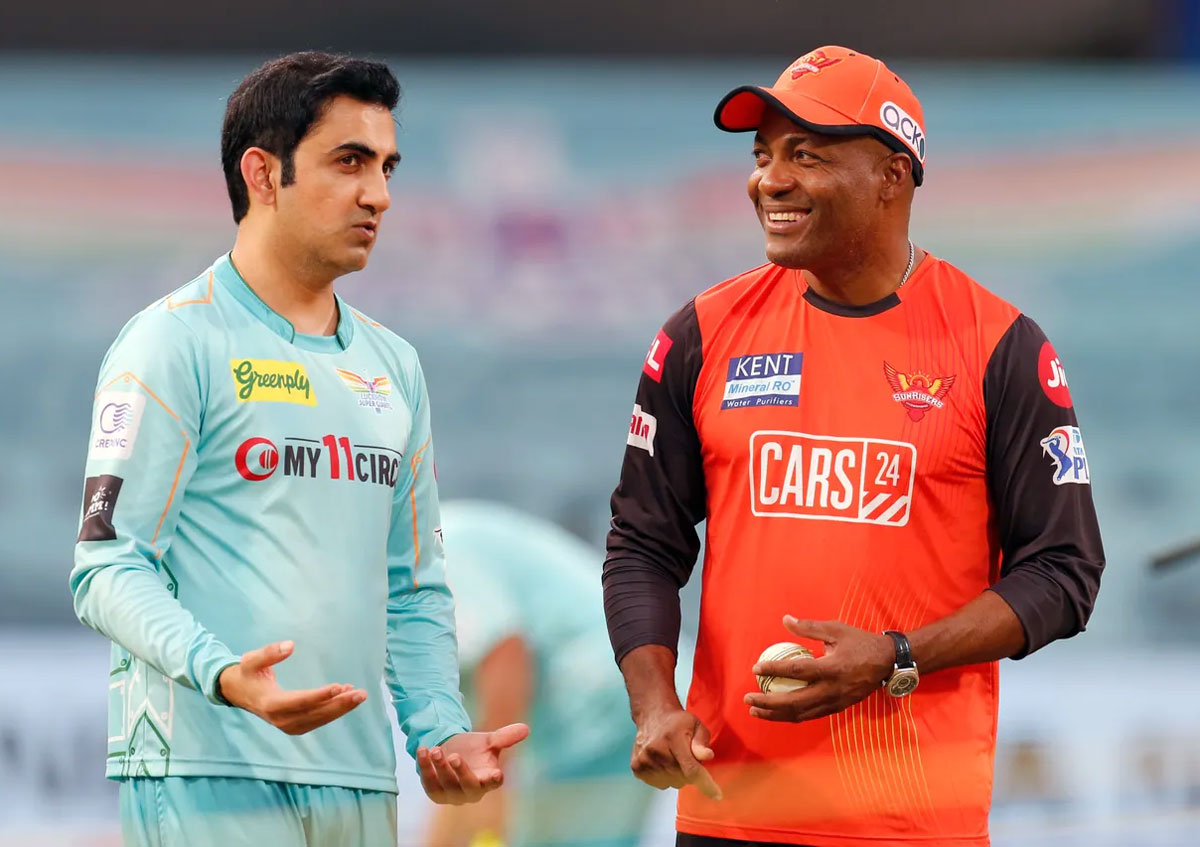 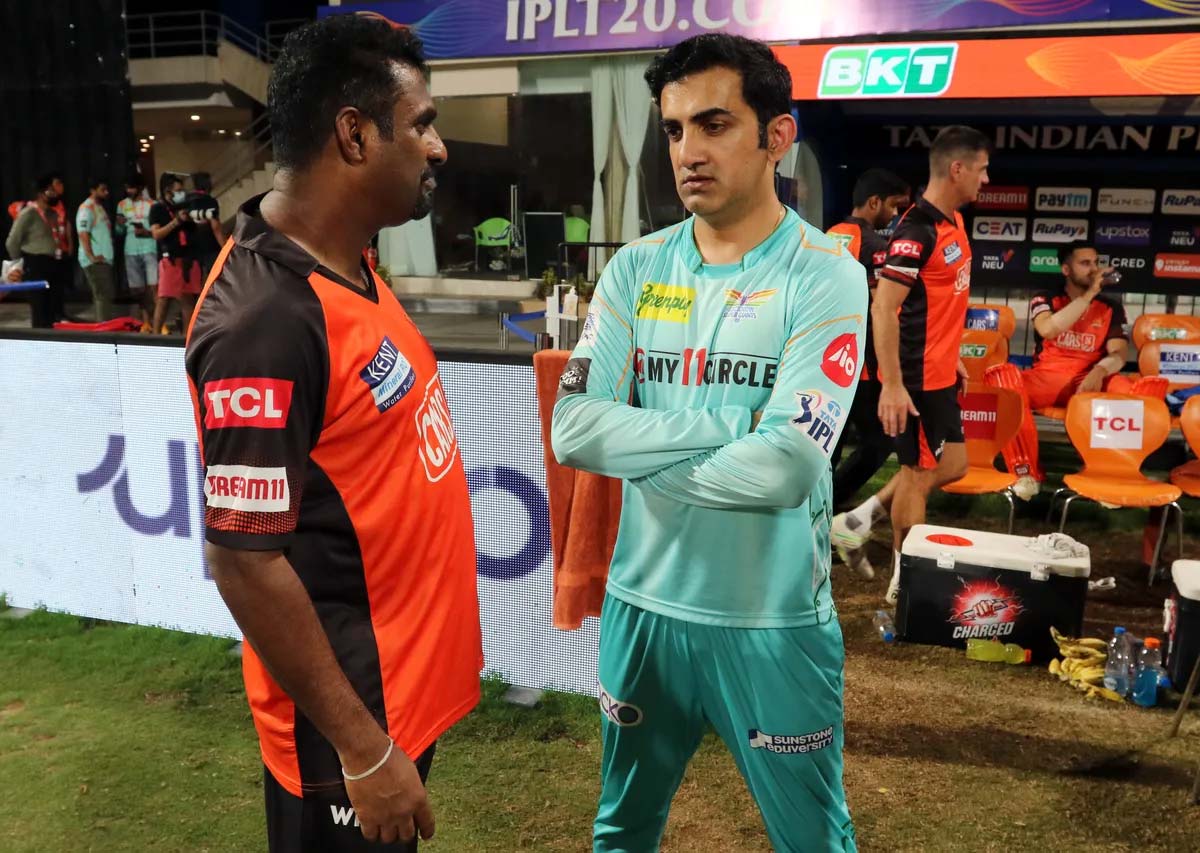 IMAGE: Murali and Gambhir have a word at the end of the game.

Top order take India to brink of victory, Shardul, Jadeja save the day

A postmaster friend of Kalaignar’s for life