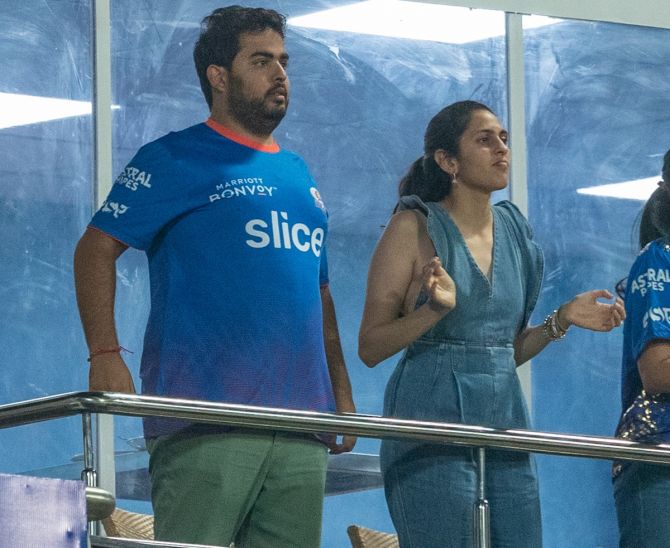 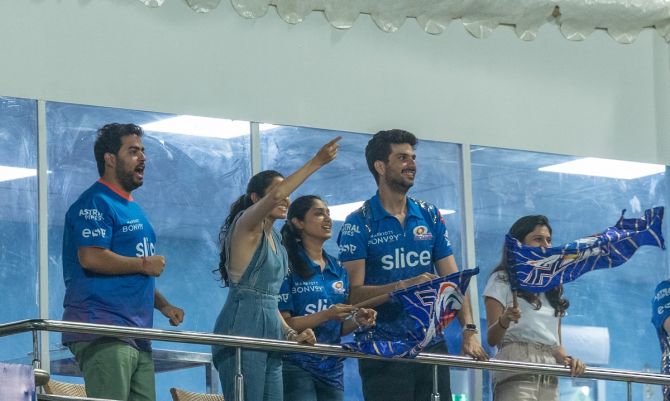 As Pat Cummins decimated the Mumbai Indians attack at the Maharashtra Cricket Association stadium in Pune on Wednesday, the MI team had the the firm backing of a vocal Pune crowd.

Also cheering for the team was Akash Ambani, Mumbai Indians Owner Mukesh Ambani’s elder son, who is a constant feature at MI games, members of the family and friends.

Mumbai Indians have lost all three games in IPL 2022, and Anant and his ma Nita Ambani, who we haven’t spotted so far in the owner’s box this season, must be worried about their team’s poor run of form.

May we suggest that Rohit Sharma and his boys win their next three games — against the Royal Chyallengers Bangalore (April 9), the Punjab Kings (April 13), both at the MCA and the Lucknow Super Giants (April 16) at the Brabourne stadium? That would be an apt gift for Mukesh Ambani’s 65th birthday on April 19.

On captaincy, Chennai Super Kings refuse to think beyond MSD

No one close to Hardik’s talent: Sehwag