India’s participation in the Asia-Oceania Zone Group 1 Davis Cup tie, scheduled on September 14 and 15, has been uncertain since Pakistan downgraded diplomatic ties with India after the J&K decision. 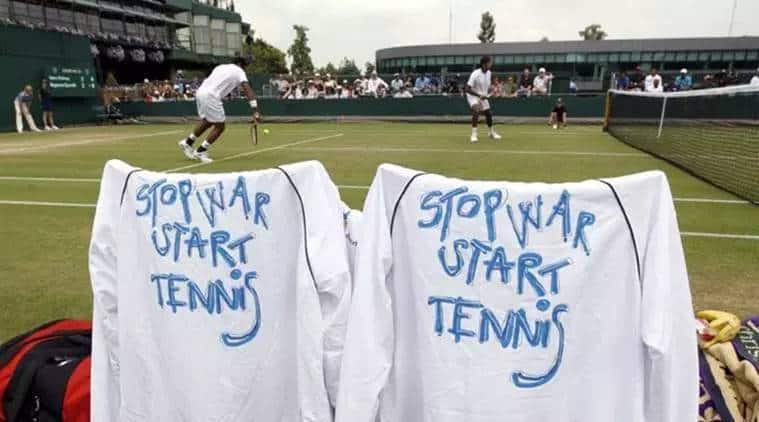 On the day that Sports Minister Kiren Rijiju made it clear that the government will not have a say in whether India should participate in next month’s Davis Cup tie in Pakistan, the All India Tennis Association (AITA) Monday decided against seeking a change of venue for the tie.

And with heightened diplomatic tension between the two countries in the wake of the Centre’s move to bury Article 370 and bifurcate Jammu and Kashmir into two Union Territories, the AITA requested the International Tennis Federation to conduct another security check at the venue in Pakistan.

India’s participation in the Asia-Oceania Zone Group 1 Davis Cup tie, scheduled on September 14 and 15, has been uncertain since Pakistan downgraded diplomatic ties with India after the J&K decision.

“We are aware that you had done a safety check before the diplomatic ties have been downgraded. ITF may find it appropriate to do another check to its own satisfaction to ensure the safety of all the stakeholders connected with the tie,” AITA Secretary Hironmoy Chatterjee said in a letter to ITF Executive Director Justine Albert.

Chatterjee had earlier stated that the AITA might seek a change of venue given the political tension because of which the bus and train services between the two countries stand suspended at the moment.

“AITA is, therefore, waiting for your (ITF) final certificate confirming the safety of all the stakeholders and the details of the security plan prepared from the arrival of the team to its departure so that we can start applying for visas for travelling to Pakistan and to make necessary travel arrangements,” he said in the latest letter.

The AITA said it would go by the directives of the ITF. “In case ITF in consultation with PTF (Pakistan Tennis Federation) is not 100 per cent sure about the safety of the stakeholders, ITF may advise us the future course of action and AITA will respectfully follow the decision of the ITF.”

Earlier, Rijiju said that the government will not have a say in the matter as the Davis Cup is not a bilateral engagement. “If it is a bilateral sporting event, then whether India will play with Pakistan becomes a political decision. But Davis Cup is not bilateral and is organised by a world sporting body,” he said.

“Since India is a signatory to the Olympic charter. Therefore, the Government of India or the national federation do not have a say on whether India will participate or not.”

Last week, Albert had written to Chatterjee, saying India should go ahead with its visa applications for the tie despite “some recent developments in political and diplomatic relations between the two nations”.

“…we are aware of the situation and are monitoring it. I agree that the safety of the players, officials and all stakeholders linked to the tie is the first priority for the ITF and all of us,” she said.

“However, I must stress that the the overall security risk rating in Pakistan remains the same which means that as of today, the tie will take place in Islamabad as planned.”

No Indian Davis Cup team has travelled to Pakistan since 1964 and bilateral cricket ties between the two countries have been dormant since the 2008 terror attack in Mumbai. Since 2017, Pakistan have played four of their five home ties in Islamabad, hosting Korea, Thailand, Uzbekistan and Iran. Hong Kong had refused to travel to Pakistan in 2017, giving them a walkover.

The last time Pakistan played on a neutral venue was when it hosted China in Colombo in 2016.

IPL 2019, KXIP vs CSK: Too late in the day, but Punjab avoid wooden spoon

Lewis Hamilton back on track next week in Mercedes F1 test

UKSEE 2019 applications open: Check how to apply, eligibility, exam pattern and other details