The 20-year-old grabbed four top Indian wickets in the first innings and gave his team a precious 13-run lead despite a century by Indian skipper Kohli. 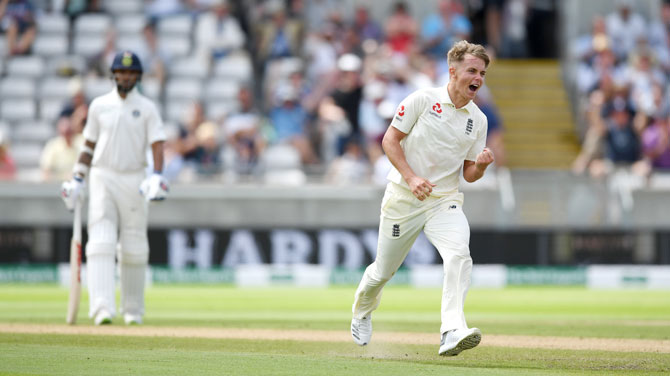 It was billed to be a contest between England’s most prolific wicket-taker James Anderson and India’s top batsman Virat Kohli.

But in the end, an unlikely 20-year-old playing in only his second Test match stole the limelight from his more established peers and dragged his team to victory over the world’s top ranked Test nation in the first match of a five game series.

Sam Curran grabbed four top Indian wickets in the first innings and gave his team a precious 13-run lead despite a century by Indian skipper Kohli.

Then in the second innings, with England on the ropes at 87 for 7, he strung together two valuable partnerships that saw England put up an overall target of 194 runs for the hosts to win.

Playing with confidence, the left arm swing bowler who plays for county Surrey, first combined with Adil Rashid for 48 runs, which was the biggest of the English innings, and then 41 with fast bowler Stuart Broad for the ninth wicket.

Following England’s victory, Curran was given the man of the match award.

“I can’t take it all at the moment,” Curran, told a post match news conference.

“It feels like I’m dreaming. I’m sure I’ll sleep well tonight because I didn’t get any last night.” 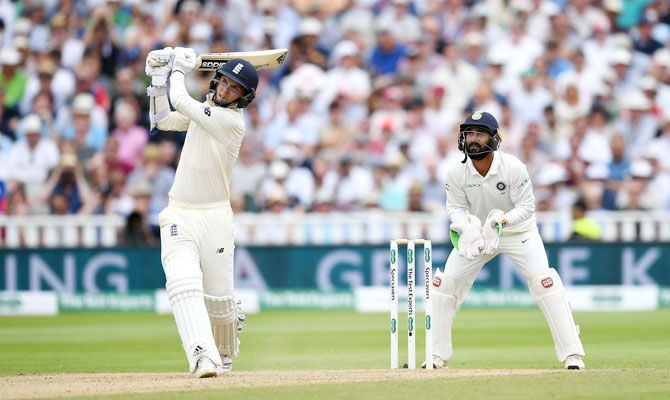 Curran made his Test and one-day international debut for England earlier this year and his swing bowling, especially against the Indian top order, impressed his peers.

Man-of-the-Match Curran said he tried to take a leaf out of India skipper Virat Kohli’s batting in the opening Test.

“To be honest, I tried to learn from how Virat batted with the tail in the first innings,” Curran said.

After picking up four wickets in India’s first innings, he struck what turned out to be a crucial 63-run knock on the third day to give England a total to defend.

“Met Kumar (Sangakkara) the other day in the hotel and he spoke to me a bit about batting with the tail. Playing Test cricket in front of this crowd, with these guys I have grown up watching, I am just looking to learn everyday,” Curran said.

An emotional Ben Stokes, who took four wickets including the big one of Kohli to dent India’s chase, said Curran’s counterattacking 65-ball innings was the turning point of the match.

“I thought we were a bit behind with the lead but Sam Curran took them out of play, the way that he played at such a young age, that was the big turning point of this Test match,” Stokes said.

‘Not just cricket, cut off all sporting ties with Pakistan’

Rohan Bopanna: ‘Iyengar Yoga made a difference to my knees in lockdown’

Iran tells EU to speed up efforts to save nuclear deal

‘Now Apocalypse’s Tyler Posey: This Show Has Restored ‘A Lot Of Faith In Myself’