Miffed at being dropped from the list of Dronacharya award nominees because of a past case of indiscipline, national compound archery coach Jiwanjot Singh Teja tendered his resignation on Friday.

“I have resigned as Indian archery team coach,” a disgruntled Teja told reporters in Chandigarh. 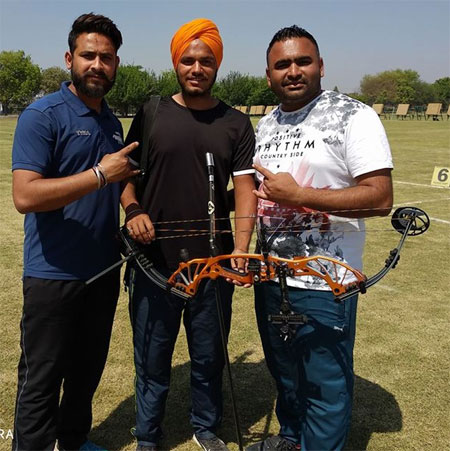 Stating that “gross injustice” was meted out to him, Teja said he was not demanding the award but wants a transparent process in the selection of the candidates.

Teja had travelled to Jakarta for the Asian Games with the national compound team as head coach.

He said that the case of alleged indiscipline against him and the one-year ban from Archery Association of India that followed were things of the past and he had been cleared of these charges long ago.

Teja said he had been wronged in this case since he was not at fault for the incident for which he was punished.

Teja said Sports Minister Rajyavardhan Singh Rathore, who hails from a sporting background, should have known these facts.

“It is like branding me as a thief. This is gross injustice. I will knock the doors of the Prime Minister and the President,” he said.

He also claimed that at least three Arjuna awardees have asked the government to reconsider their decision of removing Teja’s name from this year’s Dronacharya awardees list.

In 2015, Teja had travelled with the Indian team as chief coach for the World University Games.

The team, which was not sent by the government, had missed out on the bronze medal after hey reached late because of a confusion in timing.

The Association of Indian Universities (AIU) had slapped a three year ban on him while AAI had imposed a one-year ban.

“The AIU had reduced the ban to one-and-a-half years because they also found out that I was not a fault. It was not deliberate and was an unfortunate incident. The Chef de Mission knew about the change in timings but he did not inform us. It was not even an event sanctioned by the government and I had gone by spending from my own pocket,” Teja said.

The Dronacharya award is presented to coaches for their outstanding and meritorious work on a consistent basis over a period of four years. It carries a cash prize of Rs 5 lakh.