Gladbach, which hasn’t been this deep in Europe’s top club competition since losing to Liverpool in the European Cup semifinals in 1978, had just one shot at goal and it came off the last action of the game. 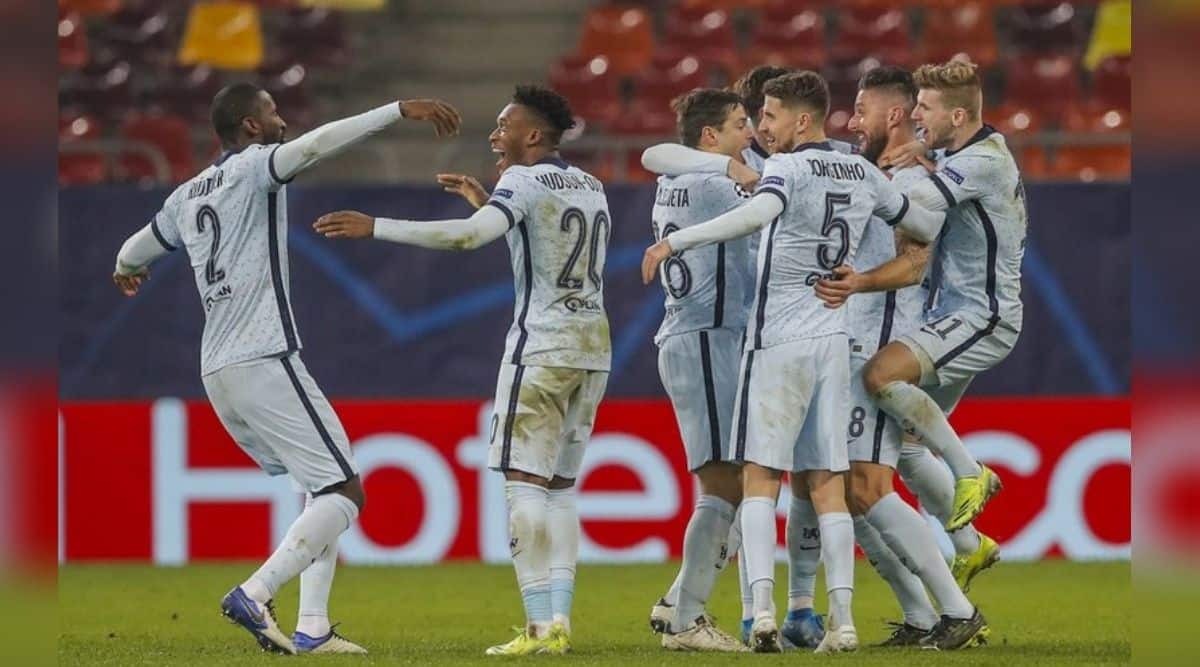 Versatile, tactically astute and boasting the creativity of a midfield playmaker, Joao Cancelo is a one-of-a-kind defender who is proving to be Manchester’s City unlikely secret weapon this season.

Two pinpoint and almost-identical crosses from Cancelo — City’s roving full back — set up goals for Bernardo Silva and Gabriel Jesus in a 2-0 win for the Premier League leaders in a one-sided first leg in the last 16.

Make that 19 straight wins in all competitions for City, whose squad depth is such that Pep Guardiola had the luxury of leaving star midfielder Kevin De Bruyne on the bench against Gladbach in a match taking place in Budapest because of coronavirus travel restrictions.

Given the delivery of Cancelo, who needs De Bruyne?

“He is so clever,” Guardiola said of Cancelo, who has been something of a pet project for the City manager this season. “He gives us something special in our process of play.”

Seeking to push more players into offensive positions, Guardiola has devised a system that enables the technically gifted Cancelo to drift from full back into a deep-lying midfield role to supplement City attacks.

It was no surprise, therefore, to see Cancelo in the right position to intercept a poor pass out from the back by Gladbach’s midfield anchorman, Christoph Kramer, in the 29th minute and then pick out Silva with an inswinging cross to the back post. The diminutive Silva headed the ball firmly across the goalkeeper and into the net.

The same combination struck again in the 65th, Cancelo popping up in an inside-left position and sending over a similar-looking cross this time to the byline, where Silva nodded the ball across goal for Jesus to prod into the net from inside the six-yard box.

Like Guardiola, Silva is appreciative of Cancelo, having forged a close bond with his compatriot while they came through the academy at Portuguese team Benfica together.

“We’re the same generation and we have a good connection,” Silva said of Cancelo. “He knows my timing and I know how good he is on these balls.”

A fourth straight appearance in the Champions League quarterfinals is in sight for City and this was another dominant display by a side unbeaten in all competitions for more than three months — a run of 26 games. City has won every game since mid-December.

The sight of record scorer Sergio Aguero coming on as a late substitute for his first appearance since Jan. 3 because of injury capped a night full of positives for City — except for the fact the margin of victory should have been wider at an empty Puskas Arena.

City’s defense might be virtually impenetrable this season — Gladbach didn’t have a touch in City’s box until the 63rd minute and or a shot on target until the third minute of stoppage time — but there was a lack of cutting edge that clearly annoyed Guardiola, who cut a picture of frustration at times in the technical area.

Jesus, in particular, was a culprit especially when he was sent clean through in the 54th minute after intercepting a back-pass, only to dally on the ball and see his belated attempt at a shot blocked.

“Unfortunately today we were not clinical enough up front. It is something we have to improve in this competition,” Guardiola said.

The Brazil striker made amends with the second goal, which should prove enough ahead of the second leg, scheduled for City’s Etihad Stadium on March 16. City last conceded two goals in its 2-0 loss at Tottenham in the Premier League on Nov. 21 — the team’s last defeat — and has only allowed its opponents 13 touches in City’s box in its four away games in the Champions League this season.

They have only conceded 29 shots in the competition — 19 fewer than the next best team, Real Madrid.

It’s that strong defensive unit created by Guardiola that could lead City to becoming European champion for the first time, after a number of painful eliminations in recent years. Guardiola has never reached the semifinals with City since joining in 2016. 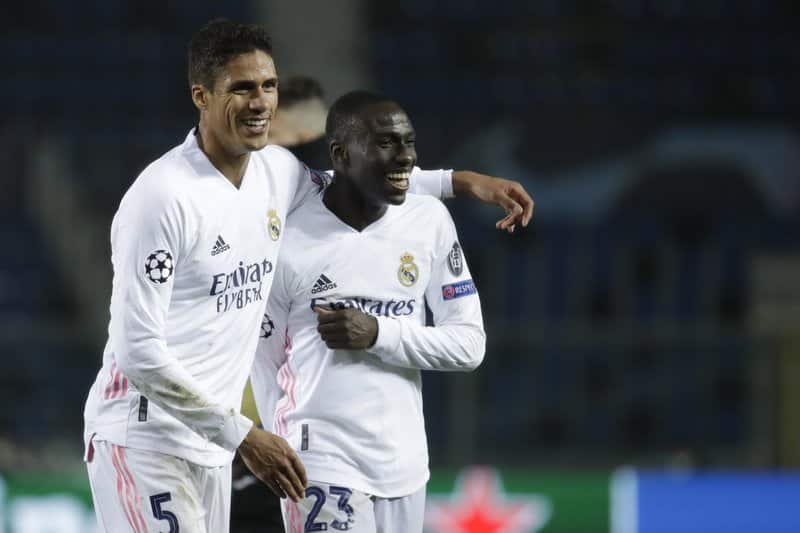 Real Madrid struggled to break down 10-man Atalanta before Ferland Mendy netted an 86th-minute winner to give the Spanish giant a 1-0 win in the first leg of the round of 16 on Wednesday.

Madrid entered the game as the big favorite despite a slew of injuries, and Atalanta’s chances diminished further when midfielder Remo Freuler was sent off in the 17th minute after being adjudged to have denied a scoring opportunity.

“The match was ruined,” Atalanta coach Gian Piero Gasperini said. “I don’t know what the result would have been, we might have still lost, but it would have been a much different and better match.”

Madrid — which was missing players including forward Karim Benzema, midfielder Eden Hazard and captain Sergio Ramos — still found it difficult to test Atalanta goalkeeper Pierluigi Gollini until the end of the first half, when he pulled off a great reaction save to keep out Casemiro’s header from Toni Kroos’ free kick.

Just as it looked as if Atalanta would hold on for a draw, Mendy received the ball outside the area after a corner and curled a shot into the right side of the net from 20 yards.

“Yes, we’d practiced that play, but it wasn’t supposed to be Ferland who took the shot,” said Madrid coach Zinedine Zidane with a smile. “We didn’t have a great game tonight but what was most important was the result. Scoring away from home was important for us.”

The second leg will be on March 16 in Madrid. Atalanta can take comfort from the fact it has won all its European matches away from home this season, including a 2-0 victory over Liverpool at Anfield.

Players across generations pay tributes to a Everton Weekes

‘Racist’ cartoon of Serena gets all clear from Aus watchdog

Cavallo Veloce lives up to the billing

Approval needed for hysterectomies in Beed