Becomes only the third Indian captain to win ODI series in England. 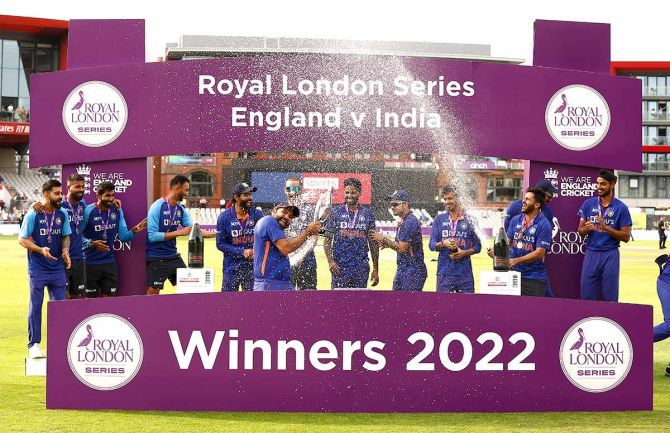 Skipper Rohit Sharma became the third captain to win an ODI series in England following his side’s five-wicket win over England in the final ODI in Manchester on Sunday.

Rishabh Pant’s unbeaten 125* and his 133-run partnership with Hardik Pandya helped India chase down 260 in the final ODI and to claim the series 2-1.

Besides Rohit, Mahendra Singh Dhoni and Mohammed Azharuddin are the other two Indian captains to win an ODI series in England.

In 1999, under Azharuddin’s captaincy, India won a two-match ODI series in England by 2-0.

Under Dhoni’s leadership, India matched the feat, winning a five-match ODI series in England 3-1 in 2014.

This 2022 tour of England was extremely successful for India. After drawing the Test series 2-2, Rohit-led India won both, the T20I and ODI series 2-1.

Tomori back in England squad after strong displays for Milan