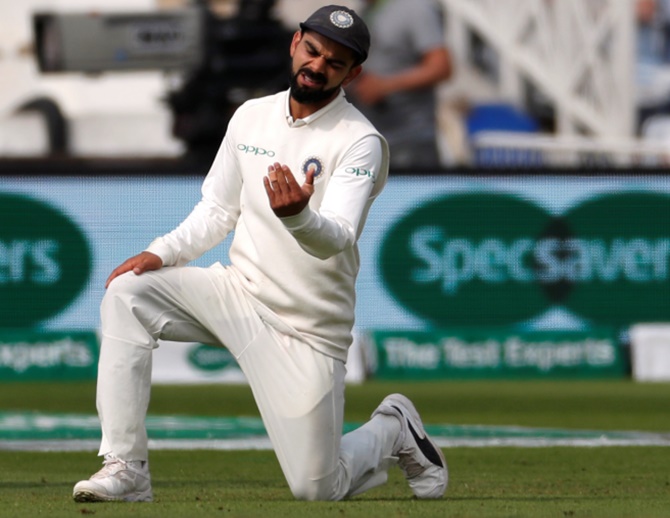 Having made a commendable comeback from the brink of a series defeat, India will look to increase their stranglehold on hosts England to draw parity when the two teams square off for the fourth Test, in Southampton, on Thursday.

After couple of morale crushing defeats in the first two Tests (31 runs at Edgbaston) and (innings defeat at the Lord’s), Virat Kohli’s men produced a splendid all-round performance to win the third Test in Nottingham by 203 runs.

While India still trail 1-2 in the five match series, there are fears that Kohli’s team might just emulate Sir Don Bradman’s Australia that won the 1936 Ashes after being 0-2 down.

Surprisingly, this will only be the third Test at the Rose Bowl Stadium.

The hosts will count on that previous win to boost confidence and close out the series, albeit given their most recent performance it will be a tough ask.

With the Indian pacers exposing the frailties in England top-order, the teams will be on even keel with Kohli bracing for another big knock after his 97 and 103 in a winning cause at the Trent Bridge.

The pacers have accounted for 38 out of 46 wickets in these series so far, following on the heels of their good showing in South Africa.

With a green-top laid out for this fourth Test, India will once again count on their troika of pacers, backed by Hardik Pandya, who amply proved his bowling worth in the previous game.

With the batsmen also finally coming to the party, there is little chance of tinkering with the playing XI, thus theoretically bringing an end of the 45-match run of chopping and changing.

Ironically, that run had begun with the Southampton Test in 2014. Even so, Virat Kohli’s propensity for change is well proven, accounting for 38 matches out of those 45.

Thus, it won’t be surprising if he looks to fine tune the playing eleven once again.

On Tuesday, Indian pacers had a long batting stint, albeit Jasprit Bumrah didn’t pad up at all. 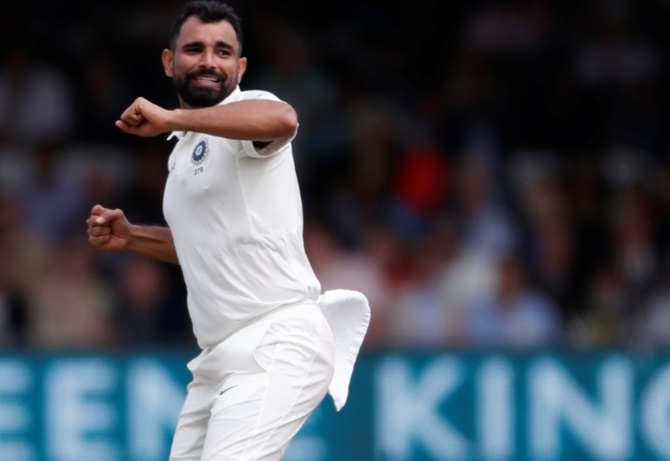 Instead, Umesh Yadav took his place along side Ishant Sharma and Mohammed Shami, hinting at a possible return. While it will be a surprising move, if so transpires, it will be influenced by prevalent conditions.

The wicket at Nottingham had a near-barren top surface, wherein Bumrah could get seam movement off the pitch as he did.

In comparison, the Southampton wicket has a proper green tinge, hinting at more live grass, thus bringing Yadav into play.

While it remains to be seen if India will push through this change, there is also concern over R Ashwin’s fitness.

He played through a hip stress during the Nottingham Test. After four days’ rest, he didn’t bowl on Monday afternoon as the teamgot back to practice nets at the Rose Bowl.

Ashwin did bowl on Tuesday though, and looked at ease. Even so, Ravindra Jadeja has been gearing up with both bat and ball, hoping for a first call-up in this series just in case Ashwin isn’t available at toss time.

There was no official word from the team management on his conditions thus far, with references drawn only from the two practice sessions.

Given the conditions, it is presumable that the team management will also consider playing an extra batsman if Ashwin misses out. Karun Nair too has looked the busiest thus far on tour in pre-match practice sessions.

The rest of the batting line-up will be retained, with both Prithvi Shaw and Hanuma Vihari not considered in contention just yet.

Meanwhile, England have a few pressing issues to consider before this Test begins. A prime concern is the fitness of Jonny Bairstow, and whether to include him as specialist batsman. Ben Stokes thus practised catching at second slip, albeit with a taped left knee. There is concern over his bowling fitness and he played over the weekend as specialist batsman for Durham in the domestic T20 competition.

Pacer Chris Woakes is also being closely monitored owing to stress in his right quadriceps. He didn’t practice on Tuesday and a decision will only be made ahead of the game. Sam Curran, who was left out in the previous game, can then expect to return to international duty.

Batsman James Vince was called up to the England squad as cover for Bairstow, but there are growing calls for his inclusion into the playing eleven nevertheless.

Given England’s concerns over their top-order, partly because of Ishant Sharma troubling left-handers Alastair Cook and Keaton Jennings. The latter has only scored 94 runs in five innings and could make way for Vince, who will then become Cook’s 13th opening partner since Andrew Strauss retired.

Cook himself isn’t in great form, with only 80 runs in five innings this series.

Clarke told Ponting to back spinners: How Aussie debutant cleaned up VVS Laxman with magical turn in 2008 Nagpur Test

‘ISL needs outside help to grow’

Craig Revel-Horwood drank the whiskey that killed his alcoholic father

Krystle D’souza or Surbhi Jyoti – Who is slaying it as a Desi Girl in an Indian avatar?