The Englishman gives his own twist to his strokes. His ramp is more like a drag-flick in hockey, while his scoop is vastly different from those of both AB de Villiers and Tillakaratne Dilshan. 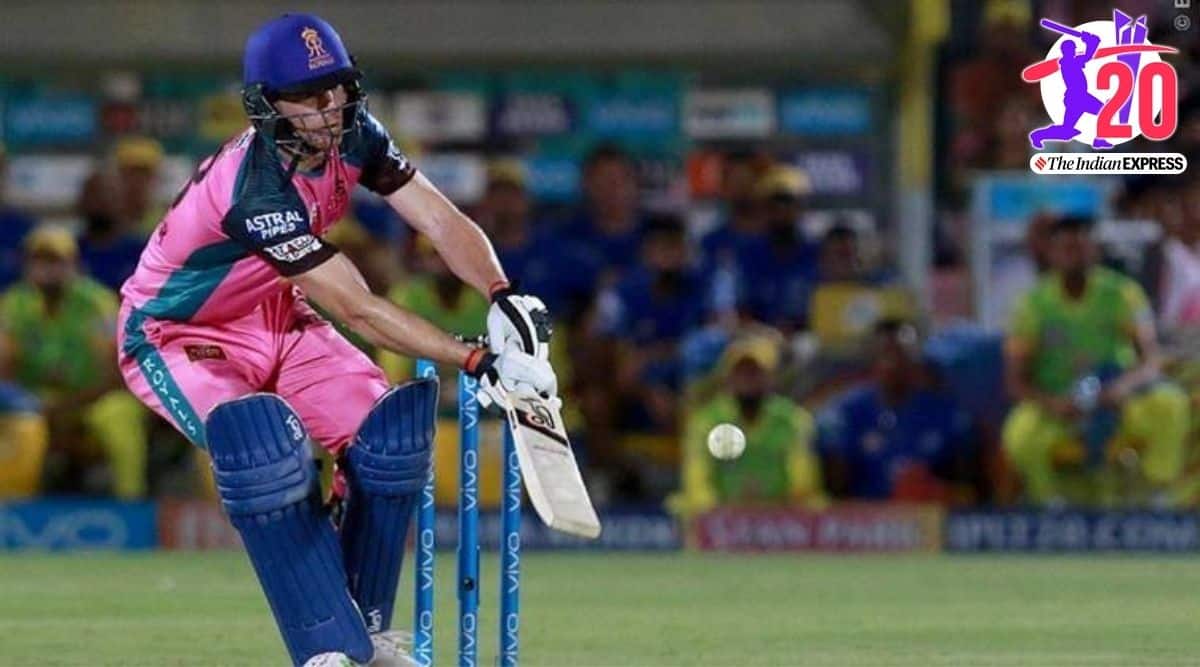 The scoop never became as mainstream a T20 weapon as it was expected to be — the new-age pyrotechnical tool is the ramp. But among its few faithful is Jos Buttler, who of can unfurl a ramp or reverse-hit with equal dexterity, but whose signature shot remains the scoop.

The Englishman gives his own twist to his strokes. His ramp is more like a drag-flick in hockey, while his scoop is vastly different from those of both AB de Villiers and Tillakaratne Dilshan, two of its finest proponents. Both de Villiers and Dilshan used to get down on their knees to deflect the ball over the keeper’s head. Dilshan used to get into the sweep-posture — get in line with the ball, crouch, meet the ball on the full and just flick it over his own and the wicketkeeper’s head. The South African used to swivel his body to cover the angle of the delivery, and often was on the ground after executing the shot.

But Buttler shuffles across, bends his knee and upper body, waits for the ball and meets it, preferably, on the full, gliding it to the left of the ’keeper than over his head like Dilshan or de Villiers. His shuffle is to get outside the line of the ball, so that he could get more control and readjust his shot, in case the delivery is too full. As most bowlers tend to follow the batsman, they tend to bowl away from the stumps, following Buttler’s movements, and hence diminished possibilities to be trapped in front or bowled, in case he misses the ball. The shot requires a degree of premeditation or at least a fast identification of length as well as the line – preferably a foot outside off stump – to play it. When he is moving, and not on one knee like Dilshan, Buttler gets more wriggle room and a wider arc in the reverse ‘V’. 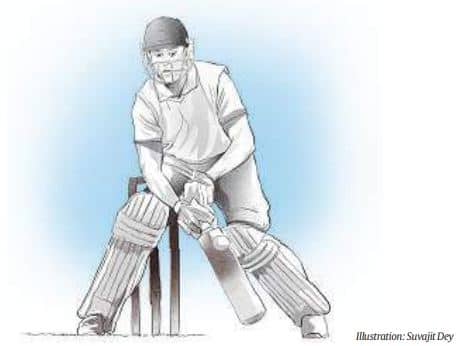 Despite the movement, his head is still, eyes on the ball, and the balance intact. He explains, in a Batting Masterclass with Sky Sports: “I’m looking to get square-on and trying to get my bat face straight, so the ball has more of a target on my bat. I just want to have the bat straight in front of me and I’m trying to land the ball on the bat.”

Interestingly, he does not flick the ball, he just places the bat like a slide in the park, letting the ball bounce off the bat than directing it. The logic: “If I try to flick it, there’s more that can go wrong. Whereas if I just keep it still, I’m almost deflecting it. I don’t want to hit the ball as much – there’s a lot that can go wrong then,” Buttler says.

It’s like, he says, flipping a pancake. Before a series, he practises the shot by getting someone bowl underarm and by just practising the movements so they get embedded in the muscle memory.

Though covering most bases, a lot can still go wrong. There have been instances he has missed the shot and cut a silly figure. But that has not necessarily held Buttler back.

Here’s what Bumrah did during injury lay-off

Man, 47, who married teenager was called a "paedo" and ‘driven out of town’