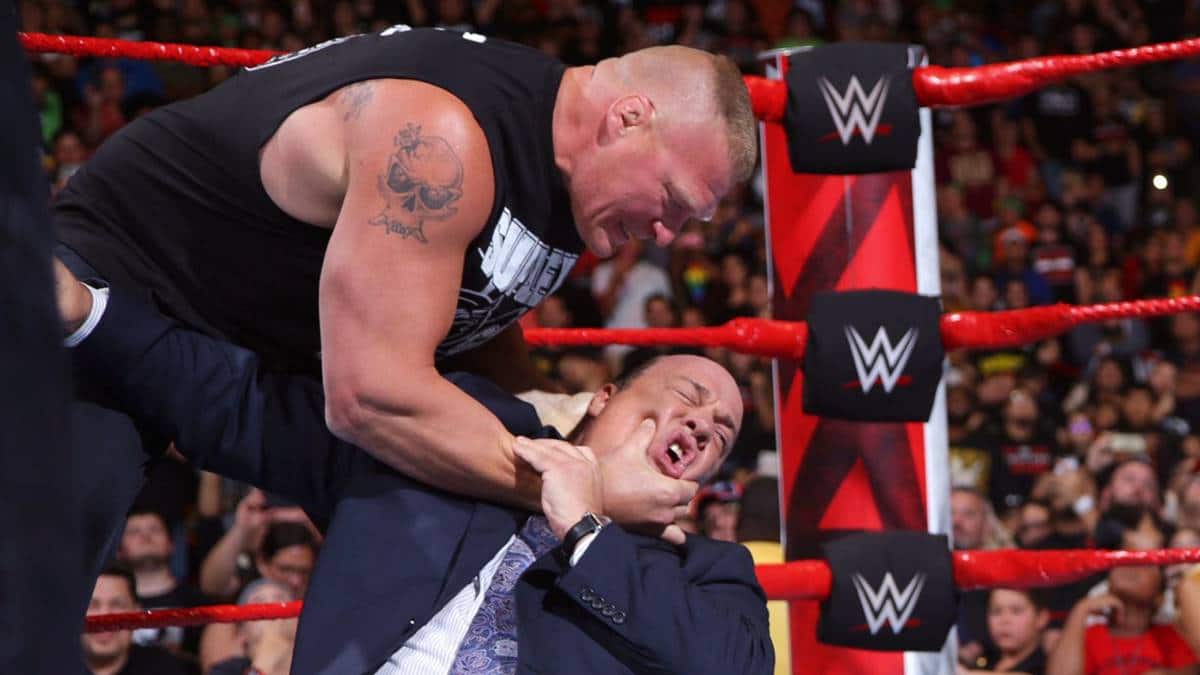 Brock Lesnar has been out of action in WWE ever since he relinquished his title to Drew McIntyre at WrestleMania 36. However, Paul Heyman has dropped a hint that the beast incarnate might be returning to WWE television once the company resumes touring for live events in July.

In a recent appearance on SportsTalk 790, Heyman was specifically asked about Lesnar’s return to which he replied, “Asking me about Brock Lesnar is a highly intelligent question and I commend you on your efforts,” Heyman said [h/t/WrestlingNews.Co].

“Maybe, maybe he has been waiting for the live events, and maybe he’ll choose Houston to make that return… or maybe not, because Brock Lesnar is going to do whatever Brock Lesnar wants to do.”

Heyman is currently partnering with Roman Reigns, who is the current WWE Universal Champion. According to Reigns, his Universal title run has surpassed that of Lesnar’s.

“It’s really put this Universal Championship on the map because when we debuted it a few years ago, it kind of struggled, and the title reigns weren’t what we had hoped for,” he told WWE India.

“There were a lot of injuries and then there’s a lot of gripes about once Brock Lesnar, who had a pretty long and illustrious title reign… but he wasn’t quite as active as some of our hardcore and dedicated fans had hoped. But what I’ve done over the past plus 30 weeks I think is second to none, and we’re just gonna continue to add to that legacy and really set this apart from everybody else.”

WWE will kick off its 25-city tour Friday, July 16 with a live episode of SmackDown at the Toyota Center in Houston, Texas.

IPL 2020 Final, DC Predicted XI vs MI: Will Delhi Capitals include Prithvi Shaw in the team?