Former Brazil and Real Madrid great Ronaldo thinks that, although the pressure will be on Neymar to deliver for his country at next month’s World Cup in Qatar, he will be supported by the best teammates of his international career so far.

Ronaldo is no stranger to pressure on the global stage, having been a part of two World Cup-winning squads with Brazil and the most influential player in their last triumph, in Japan and Korea in 2002.

Neymar has often carried the hopes of a nation but has been unable to lead Brazil into a World Cup final, with the team crashing out in the quarter-finals to Belgium, in the last tournament in 2018.

“The pressure will be over Neymar, no matter what, he is Brazil’s superstar and it doesn’t matter who is playing alongside him,” Ronaldo told Reuters in Madrid on Friday, before the world premiere of his documentary film ‘The Phenomenon’, a DAZN Original set to be released later this month.

“I love Vinicius Jr, Rodrygo, Raphinha, and think this new generation of talent will give him the best supporting cast, he has ever had with the Brazil national team.

“This is a better team than the ones Brazil had in the last three World Cups. But the responsibility always lies with the biggest star, who is Neymar,”

Ronaldo is the symbol of Brazil’s last World Cup title, having scored both goals as his team beat Germany 2-0 in the final at Japan, in 2002. He was also part of the squad that won the World Cup in 1994 at 17 years of age and has been named FIFA World Player of the Year three times and won two Ballon d’Or awards. 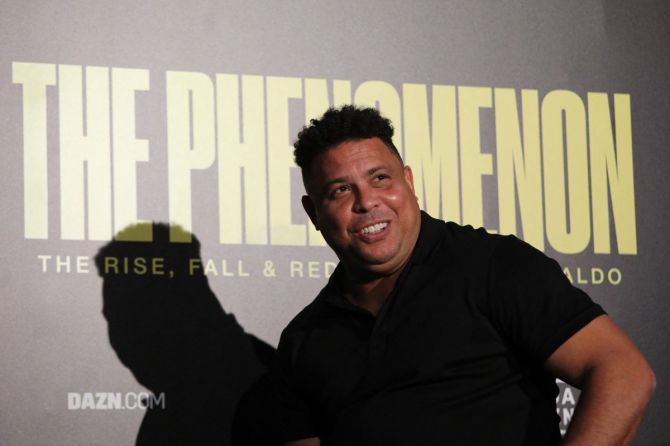 Ronaldo said that he agreed to make a movie about his life because he felt the need to solve the untold mystery of the 1998 World Cup final. In 1998, Ronaldo went into the tournament in France, off the back of a stunning 34-goal debut season with Inter Milan and had scored four times up to the final, with Brazil looking unstoppable.

However, something happened on the eve of the game with his health that changed the mood in the changing room. Before the match in Paris, reports circulated that he was taken off the team sheet, before being restored. Brazil were thumped 3-0 by hosts France.

“It is a story that I wanted to tell in my own words, about what happened. I feel it is the biggest story of my career and I thought that I held it for too long by myself and that I needed to share it with other people. The moment was now and (being in) Madrid, on the eve of El Clasico on Sunday, was the perfect occasion to make it happen,” the former striker said.

Ronaldo played for both Real Madrid and Barcelona in his career and scored twice against Real in the 1996-97 campaign. Years later, wearing white, he would punish Barca up to four times in the biggest clash in Spanish football.

“It’s a sensation like no other. The nerves, the tension, the excitement, it gets to you in a way that no other game does because of the rivalry,” Ronaldo said ahead of the LaLiga clash at the weekend.

“But when the game starts, you forget about it and it’s just soccer. I feel proud watching Vinicius, Rodrygo, Raphinha and all the Brazilians having success with Real and Barca. Sunday’s game will be amazing,”

Raninder and Bindra get awards

India vs New Zealand full schedule: Date and time of all the matches

Mumbai: Essential shops to run for 4 hours a day in Bhandup