Australia moved six wickets from a series-sealing victory in the second Test on Thursday as South Africa staggered to 120 for four at lunch on day four in Melbourne, still 266 runs short of making the hosts bat again.

After resuming on 15 for one on a cool, overcast morning, South Africa lost three wickets for 18 runs against a depleted Australian attack at the Melbourne Cricket Ground. 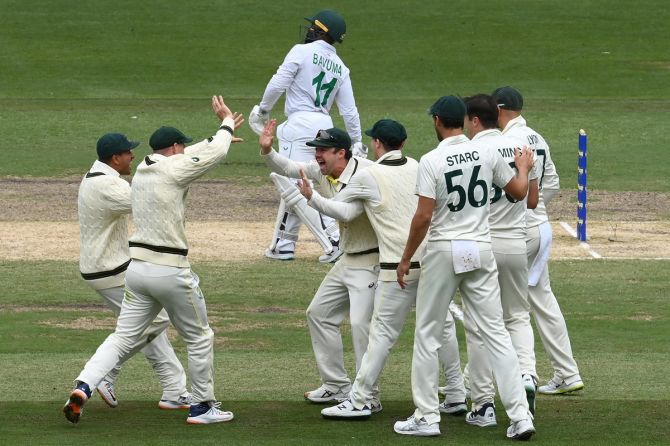 Number four Temba Bavuma was 37 not out and wicketkeeper Kyle Verreynne was on 27 at the break, the pair left to salvage something from the wreckage of a disastrous match for the tourists.

Paceman Mitchell Starc, nursing tendon damage to the middle finger of his bowling hand, struck the first blow with a yorker that crashed into opener Sarel Erwee’s front foot when he was on 21.

The lbw appeal was turned down but home captain Pat Cummins successfully reviewed the decision. 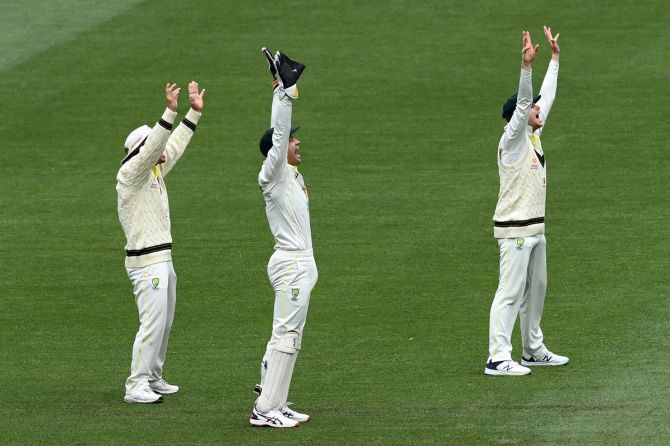 Number three Theunis de Bruyn was out for 28 three overs later, boxed in by a Scott Boland delivery that reared up and caught an outside edge on the way to second slip, where Steve Smith took a fine catch after Marnus Labuschagne leaped across him.

At 57 for three, South Africa’s situation called for level heads but Bavuma lost his as he ran out number five Khaya Zondo (one) with a terrible call for a single after hitting Cummins to a fielder at mid-off.

Zondo was slow off the mark but had no chance as Travis Head, celebrating his 29th birthday, swooped in and threw down the stumps.

That left South Africa 65 for four, but Bavuma and Verreynne managed to hold back the tide to lunch with an unbroken 55-run partnership.

The dark side of a sport many still love

‘We are not fish’: Migrants onboard Sea-Watch 3 grow frustrated