A terrific ball, a plan well executed and one poor judgment of the batsman made the most decisive difference in the end. Here’s how New Zealand’s devastating new-ball pairing of Trent Boult and Matt Henry planned, plotted and broke India's back. 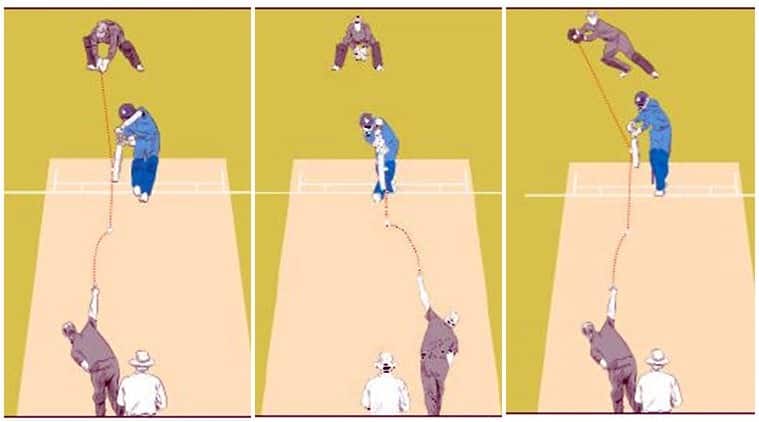 Destructive minimalism: Considering Rohit Sharma’s unpronounced front-foot stride, a fundamental principle to his sublime balance at the crease, Matt Henry’s delivery was inch-perfect. In the corridor, neither drivable nor leavable, Rohit was seduced into a fatally nervous poke.

The batsman was perhaps anticipating the ball to come back into him on the angle. His bat thus was drawn into the angle, but it marginally held its line after pitching. Henry’s pace meant that it was too late for Sharma to salvage himself. A couple of inches either side, Rohit would have comfortably defended or left the ball alone. Same with the length.

The trajectory was perfect, forcing him to play the half-defensive prod. A more assertive front-foot stride would have helped him get behind the line of the ball, and thus in a better position to gauge its path, but that’s the way Rohit sets him up at the crease these days. The economy of movement helps him hold his shape, which it turn guarantees a smooth bat swing, preventing unnecessary tangles. There’s no doubt that the method has been profitable and it required a sharply-designed and masterfully-executed delivery to end his run feast in this World Cup.

The double bluff: Gifted and shrewd a batsman as Virat Kohli is, he can’t be easily set up. Supremely game-aware, he reads the bowlers’ mind, second-guesses their plans and, more often than not, comes up with spectacular counter-ploys. But not this time.

Trent Boult and Co. conceded an impression that they were gnawing away on an old weakness of his — the storied vulnerability outside the off-stump. 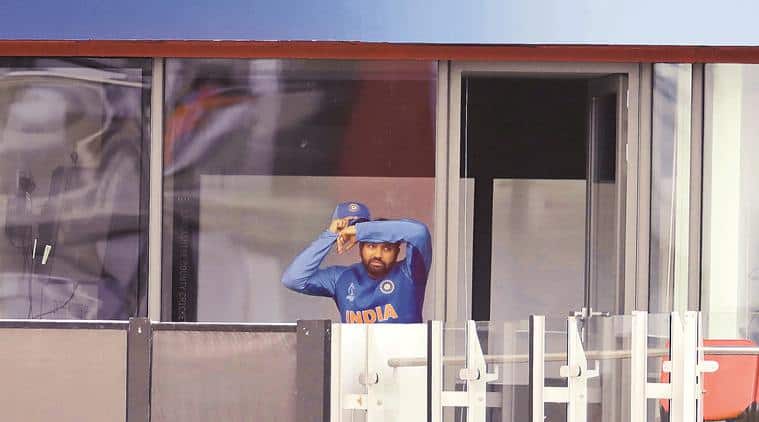 So Boult slipped in a couple of out-swingers, the ones that went on with the angle. To encourage that line, Kohli played and missed one. Kane Williamson brought in an extra catcher on the off-side.

Surely, their plan was blowing in the wind. So Kohli premeditated for another away-goer. He planted his front-foot across so that he could cover the line and leave the delivery. His mind could only see the ball move one way— swinging and sliding away from his body.

But it turned out to be a ruse. This one pitched on leg-stump and bent back into him. Due to his initial shuffle, his front foot had gone too far across, and Kohli had to play around his front pad and couldn’t bring the bat in time to get even an inside-edge that could have saved him. This dismissal would hurt him more, because he was outwitted than outplayed. It rarely happens, but it happened at the most inopportune moment for his team.

Repeat offender: It’s the default plan against KL Rahul these days. Pound the channel at full length, persist and he will invariably nick one sooner than later. Leaden feet. Hard hands. Slumping head. Not knowing where his off-stump is. All the weaknesses that could undo a promising player’s career.

It’s a disaster waiting to unfold, any good ball would do him in. Henry’s delivery was exactly that: good length, angling in, landing in the channel and shaping away. Nothing spectacular. No late swing. No seam movement. Just a play of angle.

ICC World Cup 2019Dhoni has not told us anything about retirement: Virat Kohli

Rahul could have left it, he would have but since he’s unsure of where his off-stump is, he’s drawn into stabbing at the ball, from the crease, his feet static and just the hands moving towards the direction of the ball. He meets the ball in line with the fifth stump, but his front foot is in line with middle stump and the back-foot veering towards the leg-stump. It’s the fear of the late-swerving inswinger that restricts his initial trigger movement, but to cut out one weakness he has developed another.

PIX: Djokovic not surprised Kyrgios is in Wimbledon final

Grow blue roses in your garden

OPD launch at Bathinda AIIMS set to miss another deadline