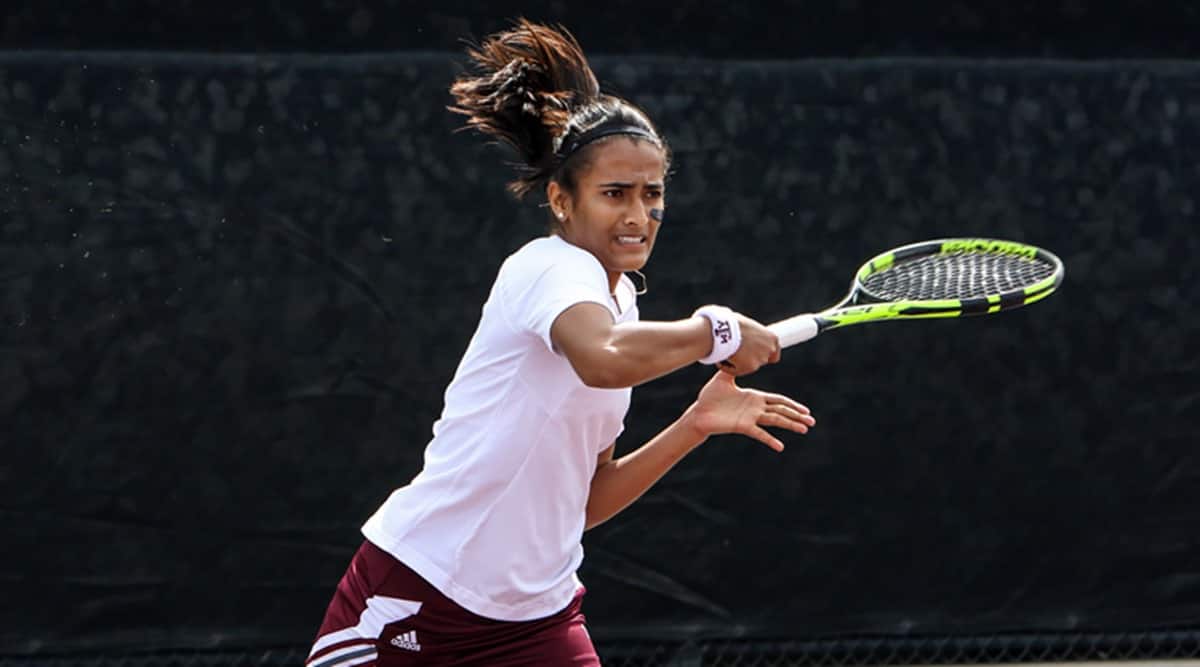 The quarter final of the $25,000 Women’s ITF Championships in the city will witness Ahmedabad’s Zeel Desai, local favourite Rutuja Bhosale and wild card contender Vaidehi Chaudhari at play on Friday. On Thursday, they ousted their respective opponents in the round of 16 at the Deccan Gymkhana hard courts.

While Bhosale edged out qualifier Sravya Shivani Chilakalapudi 6-1, 6-3 in a one hour ten minutes match, Chaudhari upheld the wild card as she bested Soha Sadiq 6-4,6-2.

Seventh seed Desai, on her match with left-handed Fed Cupper Sowjanya Bavisetti said that although the first set did not fall in favour, she knew she was going to win. “Every time you play a match, there is a gut feeling that you are going to win so I just kept going and focused on my game and not the score,” she said.

While the first set with Bavisetti was tight for Desai, she kept calm and continued her stride. Taking mental note of her opponent’s frustration, Desai turned the match around by using it in her advantage and overcame her loss in the first set with a 4-6, 6-1, 6-2 in a two hour 17 minutes battle.

“I believe I could have done much better in today’s match performance by trying to finish off the match a little early. Like out of ten if I had to rate it, I will say seven. She is a good player from India and I had played with her three years ago in Thailand where again the game was neck and neck. The first set was very close but somehow I managed and I am very proud of myself. If I had played more aggressive and attacked some of the balls, I could have beat her quickly. This is something I will do in the upcoming rounds as the opponents will be better,” said Desai.

Australia’s IPL 2020 stars to be short of red-ball practice before India: Tim Paine

Lok Sabha adjourned for the day after mourning Vajpayee’s death