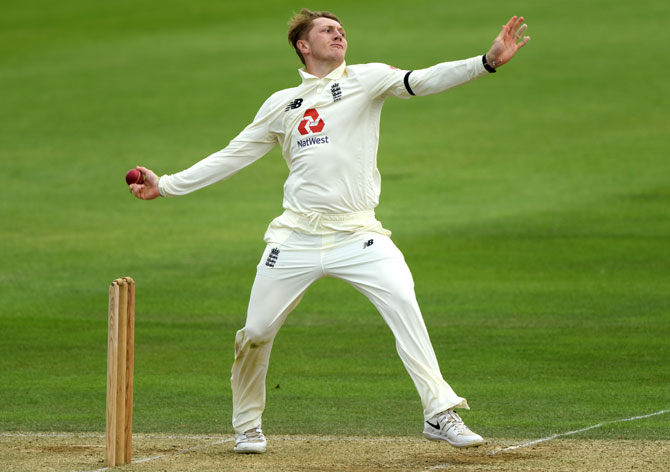 Spinner Dom Bess was named in England’s 13-man squad for the first Test against West Indies and there was no place for Moeen Ali among nine reserves, the England and Wales Cricket Board (ECB) said on Saturday.

All-rounder Ben Stokes will lead England in the match, which will begin at the Ageas Bowl in Southampton on Wednesday in a bio-secure environment amid the COVID-19 pandemic.

Moeen announced in September he was taking a break from Test cricket after losing out on a central contract for the longest format but he was included in a 30-man training group.

But the ECB opted to go with off-spinner Bess, who grabbed his first five-wicket Test haul against South Africa in January.

Fellow spinner Jack Leach is among the reserves for the opening game of the three-match series. All-rounder Sam Curran, who was cleared to resume training after testing negative for COVID-19, was also placed on stand-by.

Regular skipper Joe Root will miss the first Test to be at the birth of his second child.

The second and third Tests will be played in Manchester.

Did not get swing with pink ball initially, had to alter length: Ishant Sharma

An amicable end to a grave issue