Jermaine Blackwood relates how England's captain Ben Stokes tried to disturb his momentum during his match-winning knock of 95 on the final day of the 1st Test. 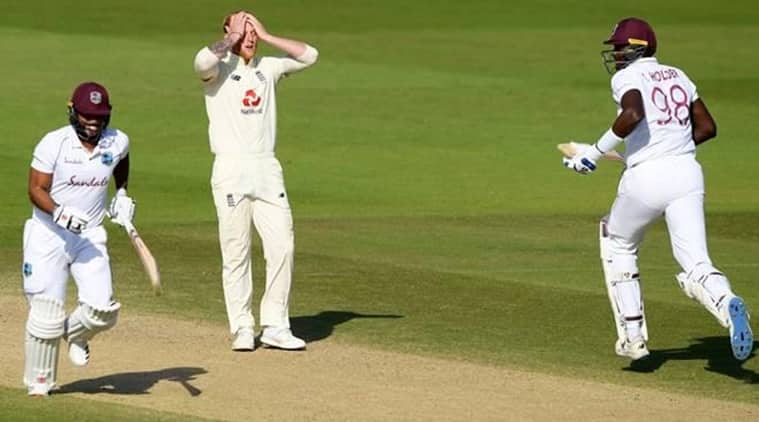 Jermaine Blackwood, the highest scorer in the 1st Test vs England last week, which West Indies won to go 1-0 up in the series, said England captain Ben Stokes tried to faze him by talking to him through his innings.

“I went out there and from the first ball Ben Stokes was in my ear. I wasn’t really paying too much attention to that, I was keen on getting the runs and getting my team across the line…I can’t really remember what was said but it was nothing bad,” Blackwood told The Guardian.

Blackwood added that he has no problems with sledging in cricket, and that he has improved in dealing with such pressure while batting in recent years.

READ | The paradox of being Jermaine Blackwood

Blackwood, who has scored one century in his 29-Test career, has a reputation for throwing his wicket away due to rash shots, but he held his nerve to guide West Indies to a four-wicket win with a commanding 95 in the fourth innings.

Though Blackwood has a modest First Class average of 33.38 for Jamaica, he was the leading scorer during the most recent Caribbean domestic season, indicating he has made rapid strides in his game in the recent past.

The long and short of travel at the Euros: Some teams play at home while others have to criss-cross Europe