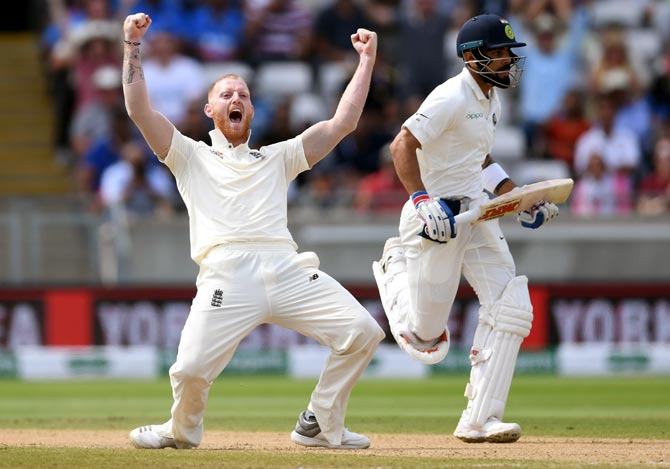 English all-rounder Ben Stokes took four wickets, including that of India captain Virat Kohli, and was ecstatic about his effort after England beat India to win the first Test at Edgbaston on Saturday.

Talking about Kohli’s wicket, Stokes said: “Kohli played a brilliant knock in the first innings, but with the ball swinging he was trying to move across to play for that inswinger but actually the one that I was trying to swing away, he maybe leant over and missed one for a change.”

Stokes said the win will shut the team’s critics.

“We weren’t quite sure what to expect here. Knew we needed five wickets and we had all the confidence. These games are brilliant. We’ve copped a lot of stick as a team recently and beating a team like India there has closed a few mouths,” he said.

“Winning those tight games, you can’t under-estimate what it gives teams for confidence. We’ve got a five-Test match series here, so we’ll take all the confidence we can. No better way to start it off than that.”

‘Jadeja is going to be No 1 in the world’

When did you last say I Love You?