Ahead of the final showdown in Lisbon against PSG, here is a throwback of Bayern Munich's journey in the UEFA Champions League this season. 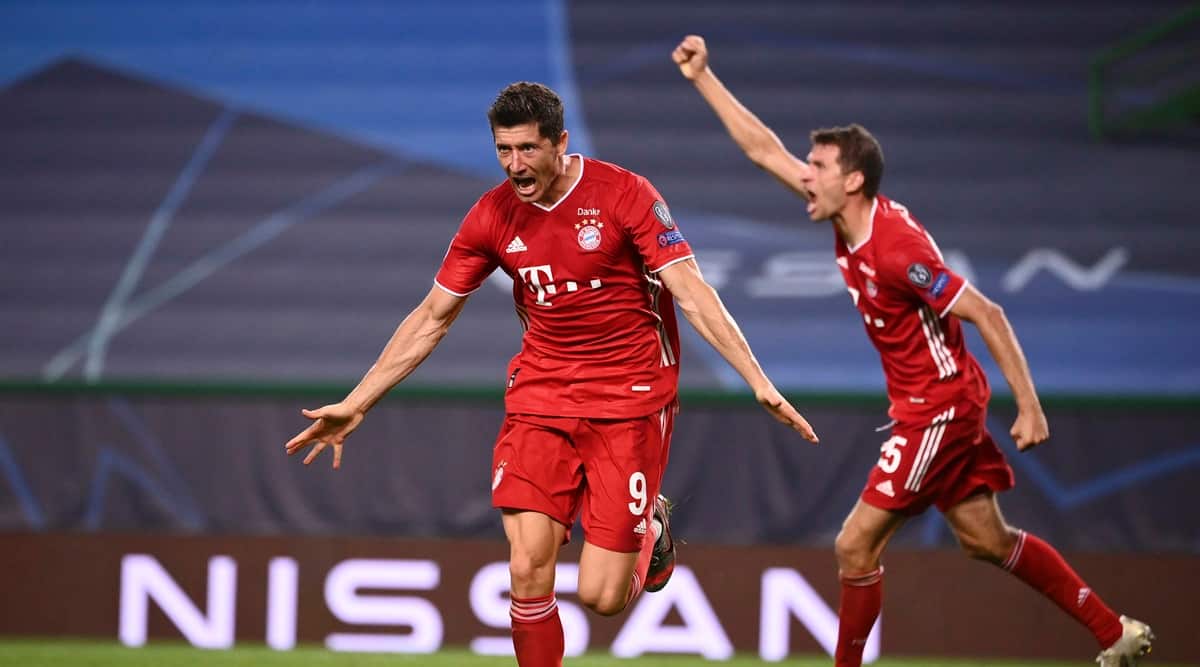 Five-time winners Bayern Munich will take on final debutants Paris Saint-Germain in the UEFA Champions League final at the Estádio do Sport Lisboa on Sunday.

Ahead of the showdown in Lisbon, here is a look back at Bayern’s journey in the elite European tournament this season.

Bayern Munich were joined by Tottenham Hotspur, Olympiacos, and Red Star Belgrade at the start of the tournament in the group stage. Despite the presence of last year’s finalists Spurs, the Bundesliga champions won all the six group stage matches with relative ease.

Not only did they start their journey with a 100% winning record in the group stage, they scored three or more goals in five of the six matches including a standout 7-2 performance against Jose Mourinho’s side. Robert Lewandowski scored nine times during the opening five fixtures before being rested for the dead rubber against Spurs on matchday six.

Interestingly, none of the six previous clubs to have completed the group stage with a 100% record went on to win the trophy.

After winning 3-0 in London in the first leg in February, Lewandowski struck twice as Bayern cruised past Chelsea 4-1 to reach the quarter-finals with a 7-1 aggregate victory. Bayern substitute Corentin Tolisso restored their two-goal lead in the 76th and Lewandowski headed in his second eight minutes later.

Bayern utterly humiliated Barcelona with an extraordinary 8-2 demolition job that sent them through into the semi-finals. Thomas Mueller scored twice for a rampant Bayern, who led 4-1 after 31 astonishing minutes, as Lionel Messi and his teammates were condemned to a thrashing that felt like the end of an era for the illustrious Catalan club.

Bayern’s semi-final victory over Lyon extended their winning run in the Champions League to ten matches, equalling the all-time record established over the course of two seasons by both Real Madrid, in 2014 and 2015, and Bayern’s 2013 side.

What Quique Setien brings to Barcelona

A few lessons out of syllabus, on personal hygiene