Haryana sports minister Anil Vij said that the state government had followed policy when it came to the distribution of the cash awards promised to medal-winning athletes. Wrestler Bajrang Punia tweeted in response. 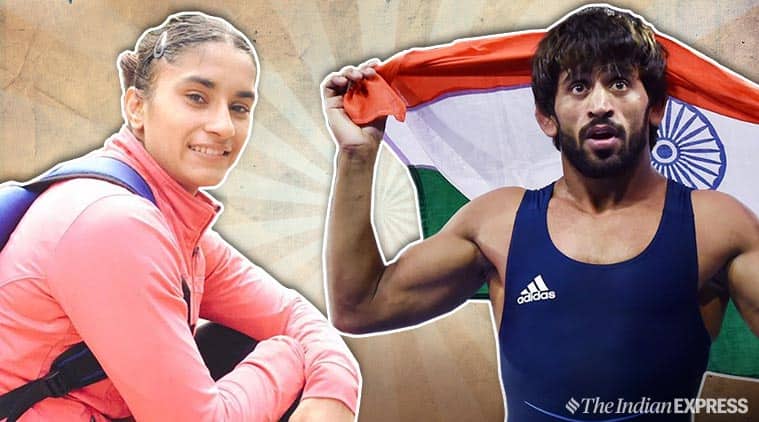 After receiving multiple complaints about the state government’s policy on cash prizes, Haryana sports minister Anil Vij said that their government never disrespected any athletes. Haryana wrestlers Bajrang Punia and Vinesh Phogat, however, took to Twitter and slammed Vij and the government for ‘humiliating’ them.

While Punia said that if the government couldn’t stick to its promises, athletes would stop believing them, Asian Games medal-winning wrestler Phogat went on to say that no athlete in the state, whether small or big, is happy with their policy.

“On the basis of sports policy, prize money has been distributed. If there is some discrepancy they can speak to the department. We have never disrespected our sportspersons,” Vij was quoted as saying by ANI.

As reported by the Indian Express, Haryana’s new sports policy says, “In case a sportsperson wins more than one medal during a financial year, he/she will receive full award money for the highest medal and at 50 percent of the award money for the second and subsequent medals.”

The Haryana government had cancelled the cash awards function for 3000 state players and had informed the athletes that their money would reach their bank accounts by June 25.

On Tuesday, Punia, who is the world number one wrestler and Asian Games champion, tweeted about the deduction in prize money.

“When you promise athletes prizes then you’re not catering to their greed but are promising to support them. If you can’t fulfil your promises then no athlete will have any hopes from you in the future,” he tweeted, tagging the Chief Minister and the sports minister.

Meanwhile, Phogat tagged Vij in a tweet and said, “Dear Sir, when you came five years ago, you swore that you would neither let the players quit nor let the honour of the players in Haryana go down. Whether the player is small or big, no player is happy with your policy today.”

“Every time you try right to get on the nerves of the players. I have never seen such an insulting government till date who insults its own players. I want to ask you how many players have you given the prize money and jobs to,” Phogat said. “I request the Haryana Government to take back the money. Don’t let the players stand on your political akhada and humiliate them.”

“On the one hand, the Prime Minister of our country says, “The game will go ahead only then the country will move forward and there is a Government of Haryana which is leaving no stone unturned to politicise sports and destroy them completely. Will such a country move forward?” she added.

In the CWG held at Australia last year, Haryana had won one-third of India’s medals with a total of 22 medals out of 66 medals won. In the Asian Games held in Indonesia, Haryana players accounted for 17 medals out of 61 medals bagged by the country.

Players like Bajrang Punia, Vinesh Phogat and Neeraj Chopra had won gold medals in both the events apart from some other players like shooter Sanjeev Rajput.

Emmerdale’s heartbreaking foreshadowing that Lisa Dingle will die before wedding