Halep broke five times on the way to setting up a semi-final against Garbine Muguruza, who beat Anastasia Pavlyuchenkova 7-5, 6-3.

The two-times Grand Slam champion had not lost a set in her previous two meetings with Kontaveit and the quarter-final was no different, the 28th seed managing just one breakpoint on former world number one Halep’s serve.

After both players held serve to start the match, Halep simply took control, winning the next 10 games to take the first set and surge to a 5-0 lead in the second.

Kontaveit, playing in her first Grand Slam quarter-final, could do nothing to stop the Romanian but received a huge round of applause from the crowd when she held serve to make it 5-1.

It was merely a consolation, however, as Halep then converted her second match point with her fifth ace. 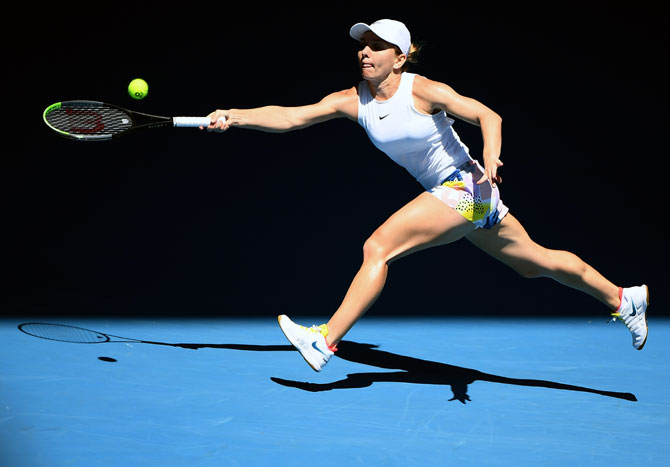 Halep, who is yet to lose a set in the tournament, said she was delighted with her game.

“It’s a pleasure to play here in Australia and I’m really happy that I can play my best tennis and go into the semi-finals,” she added.

“I felt great today on court. I feel my game, I feel strong on my legs. I knew how to play against her. I was just focused on every point I played.”

Halep thanked her Australian coach Darren Cahill for making her a better player and said a strong off-season was the reason for her good form.

“I worked a little bit more in the off-season. First time in my life I did the off-season away from home so I could be focused on what I have to do every day, no days off,” she said.

“Meant a lot for me and this year I started very well. I am feeling much stronger than before.”

‘Here’s a player who can play for India for the next 10 years’: Michael Hussey credits India for turning things around

Ronnie O’Sullivan headbutts table in anger after missing a shot