Defending champion Novak Djokovic thumped Japanese Yoshihito Nishioka 6-3, 6-2, 6-2 in the third round of the Australian Open on Friday to stay on course for a record-extending eighth title at Melbourne Park.

The world number two Serb, who defeated anther Japanese in Tatsuma Ito in his previous round, smashed 17 aces, won 93% points on his first serve and faced just a single breakpoint against the hapless Nishioka. 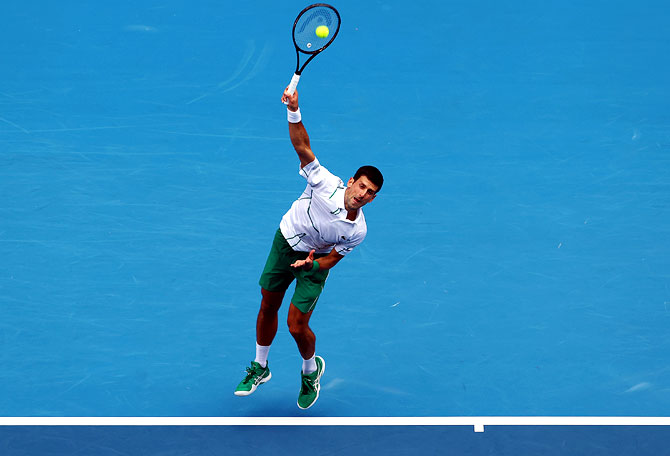 Djokovic, who beat Rafael Nadal in last year’s final to win a record seventh Australian Open title, broke his opponent’s serve once in the first set, twice each in the next two, and hit 40 winners to seal the match in an hour and 25 minutes.

In the fourth round, Djokovic will meet Argentine Diego Schwartzman, who beat Serb Dusan Lajovic 6-2, 6-3, 7-6(7) earlier on Friday.

How Qatar is maintaining stadiums for FIFA World Cup

Forest Department to get one more drone