Atletico Madrid salvaged a 2-1 away victory over Espanyol with Yannick Carrasco scoring in the 79th and Thomas Lemar in the ninth minute of injury time. 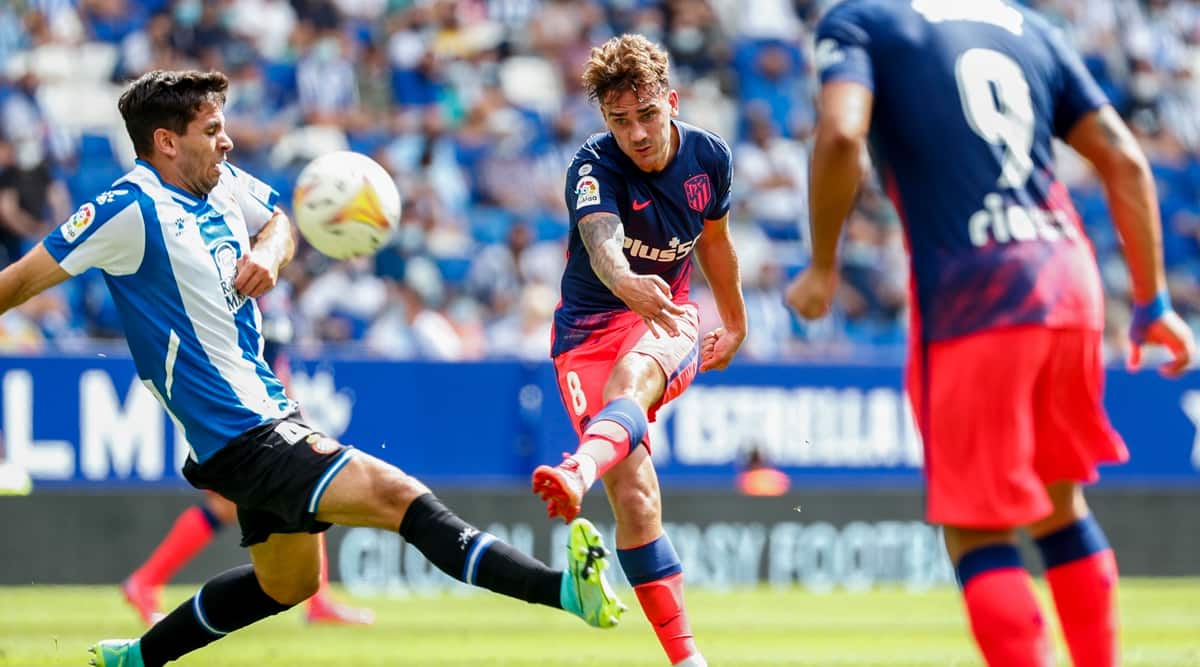 Thomas Lemar scored deep into stoppage time as Atlético Madrid rallied to a 2-1 win at Espanyol in the Spanish league on Sunday in the return of Antoine Griezmann.

Griezmann had a lackluster performance in his first match back on loan from Barcelona, being substituted early in the second half.

Atlético salvaged the victory with Yannick Carrasco scoring in the 79th and Lemar in the ninth minute of injury time.

Lemar got the winner with a shot from inside the area after an assist by Carrasco. The ball found the net after deflecting off the goalkeeper’s hand and the crossbar.

Raúl de Tomás had put the hosts ahead with a header in the 40th.

The match had 10 minutes of stoppage time after it was interrupted for a water break along with a couple of video reviews.

“I don’t know why it was that much. I don’t know when there was so much time lost,” De Tomás said. “But we could have done better ourselves and ended paying the price in the end.”

Griezmann was replaced in the 58th by João Félix, who hadn’t played this season because of an injury.

Griezmann is back with Atlético on a one-year loan from Barcelona, where he never met the high expectations of his 2019 transfer from Atlético for 120 million euros ($142 million). He had played five seasons under Atlético coach Diego Simeone before that.

“Griezmann may struggle at times but he is very talented and very smart and he will have a great season,” Carrasco said.

Real Madrid later hosts Celta Vigo as it returns to the Santiago Bernabéu Stadium after 18 months.

Barcelona won’t play this weekend after its match at Sevilla was postponed to give rest time to players on international duty with South American nations. The game between Villarreal and Alavés also was postponed.

ISL | Williams seals it for ATKMB