Atletico Madrid has stumbled again in the Spanish league and given Barcelona the chance to take over the lead. 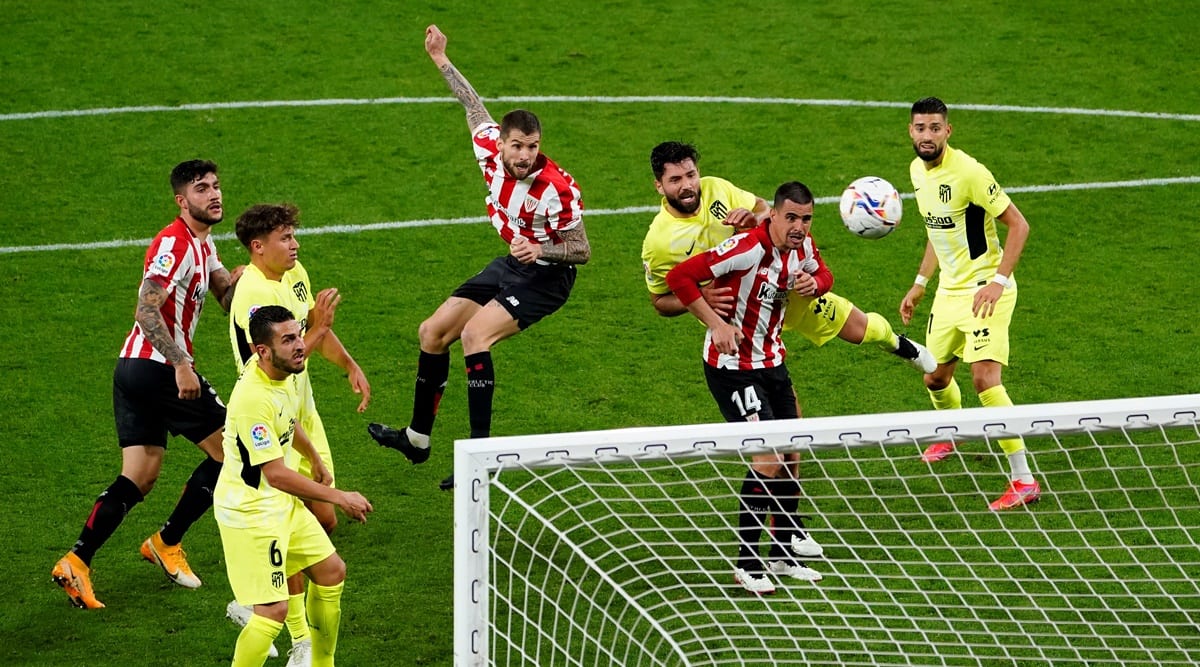 Needing a win to stay in control of the Spanish league, Atletico Madrid stumbled again on Sunday with a 2-1 loss to Athletic Bilbao, giving Barcelona a chance to take over the lead.

Not even the return of Luis Suarez and Joao Felix was enough for Diego Simeone’s team, which could drop to second on Thursday when Barcelona plays eighth-place Granada at home.

Barcelona put pressure on Atletico by coming from behind to win 2-1 at Villarreal earlier Sunday, getting within two points of the lead with a game in hand. Antoine Griezmann scored both goals for the Catalan club.

“We did all we could,” Atletico captain Koke Resurreccion said. “We will keep fighting until the end. We have five matches left and we know that we can win them.”

Defending champion Real Madrid was held 0-0 against Real Betis on Saturday but also remains in contention. It is in second place, level on points with Barcelona and two behind Atletico. Also still in the title race is Sevilla, which defeated Granada 2-1 to stay only three points off the lead.

Atletico had won two straight to remain at the top, but it couldn’t recover after conceding early at Athletic’s San Mames Stadium. Alex Berenguer opened the scoring for the hosts in the eighth minute.

Atletico equalized with a header by Stefan Savic off a corner kick in the 77th, but Inigo Martinez’s header in the 86th sealed the victory for 10th-place Athletic, which hadn’t won in seven consecutive matches in all competitions. One of its setbacks was losing against Barcelona in the Copa del Rey final.

Suarez and Felix returned after nursing injuries for the last few weeks. They came off the bench early in the second half but couldn’t spark Atletico to victory. Midfielder Thomas Lemar also returned from injury.

Griezmann scored twice in the first half as Barcelona rallied to beat Villarreal and stay close to the top.

Villarreal, sitting seventh, played with 10 men from the 65th minute after Manu Trigueros was sent off with a straight red card for a dangerous sliding tackle on Lionel Messi. Trigueros had his foot up when he hit Messi’s left leg, sliding his cleats on the Argentine’s lower shin. Messi was in pain and needed medical attention but was able to return.

The hosts opened the scoring with Samu Chukwueze in the 26th, but Griezmann equalized in the 28th and netted the winner in the 35th.

Villarreal, which hosts Arsenal in the first leg of the Europa League semifinals on Thursday, has lost three of its last four league matches.

It was Barcelona’s second straight league win since losing to Madrid in the last clasico of the season.

The game between Sevilla and Granada ended twice after the referee blew the whistle ahead of time at the Ramon Sanchez-Pizjuan Stadium in Seville.

Four minutes of added time were expected but referee Ricardo De Burgos Bengoetxea ended the game after only three. Granada players protested and video review apparently was consulted, confirming that another minute had to be played.

The referee had to call the players back to the field to finish the match. Some had already left for the locker rooms and had to put back on their shoes and jerseys before the game could resume.

Enes Unal scored a goal in each half as Getafe won 2-0 at Huesca in a match between relegation-threatened teams.

The result ended Getafe’s seven-match winless streak. The Madrid club moved to 15th in the standings, five points from the relegation zone.

In a match between midtable teams, Celta Vigo beat Osasuna 2-1 with goals from Iago Aspas and Jeison Murillo.

Shane Watson to announce retirement from all forms of cricket

Fight breaks out between players at Nehru Hockey final - WATCH

Vizag port to do away with manual signalling system, diesel locos

It’s Awkward! These pics of Kajal Aggarwal and Nora Fatehi will certainly add a hilarious touch to your lazy Sunday