Megha Ganne seemed at ease during her second round at the Olympic Club, and she finished the day with a share of third place. 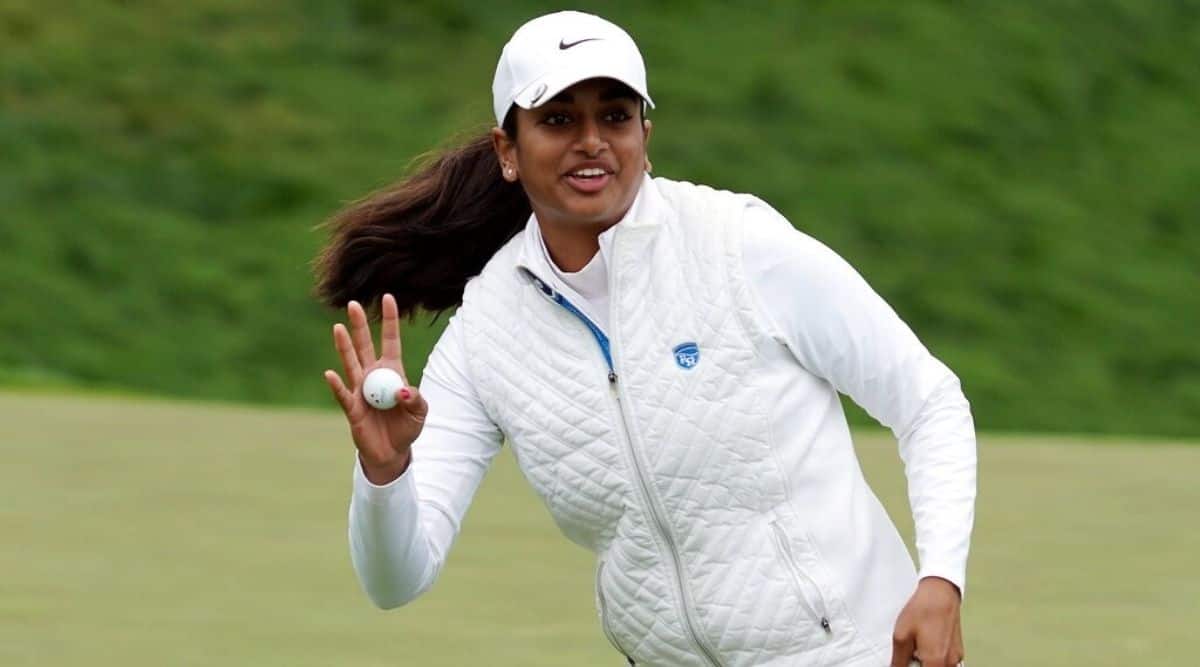 The first time Megha Ganne competed on one of the world’s most renowned golf courses, her audience included the two-time major winner Martin Kaymer, a former men’s world No. 1. It was at the 2015 finals of the Drive, Chip and Putt contest at Augusta National, and Kaymer was on the range when an 11-year-old Ganne hit her first drive.

Six years later, with much higher stakes, Ganne is a 17-year-old amateur and is playing with aplomb on a similar stage. In her second United States Women’s Open — which is being held for the first time at the Olympic Club, the site of five major men’s championships — she was at the top of the leaderboard after the early rounds on Friday. By nightfall, she had been passed by two players — Yuka Saso of the Philippines, who shot a four-under-par 67 for a 36-hole score of six under, and Lee Jeong-eun, who also shot a 67 and was five under for the tournament.

Ganne, a high school junior from Holmdel, N.J., followed her opening-round four-under-par 67 on the Olympic Club’s Lake Course with an even-par 71 to temporarily share first place with Megan Khang (70) while the afternoon wave of players was still on the course.

“It played a little bit longer, but other than that pretty similar,” an unfazed Ganne said.

Ganne, a quick strider who swings her arms side to side as if in a hurry to get where she’s going, had a fast turnaround between rounds.

She returned to the course Friday less than 12 hours after she signed her opening-round scorecard and spoke about her performance as if her audience was a passel of Holmdel High friends and not a media cluster. She credited her comfort level here to her exposure to the spotlight as a four-time finalist in the Drive, Chip and Putt contest and as a participant in this year’s Augusta National Women’s Amateur.

She is an Augusta National success story, the first graduate of the Drive, Chip and Putt finals to hold at least a share of the lead in a women’s major. 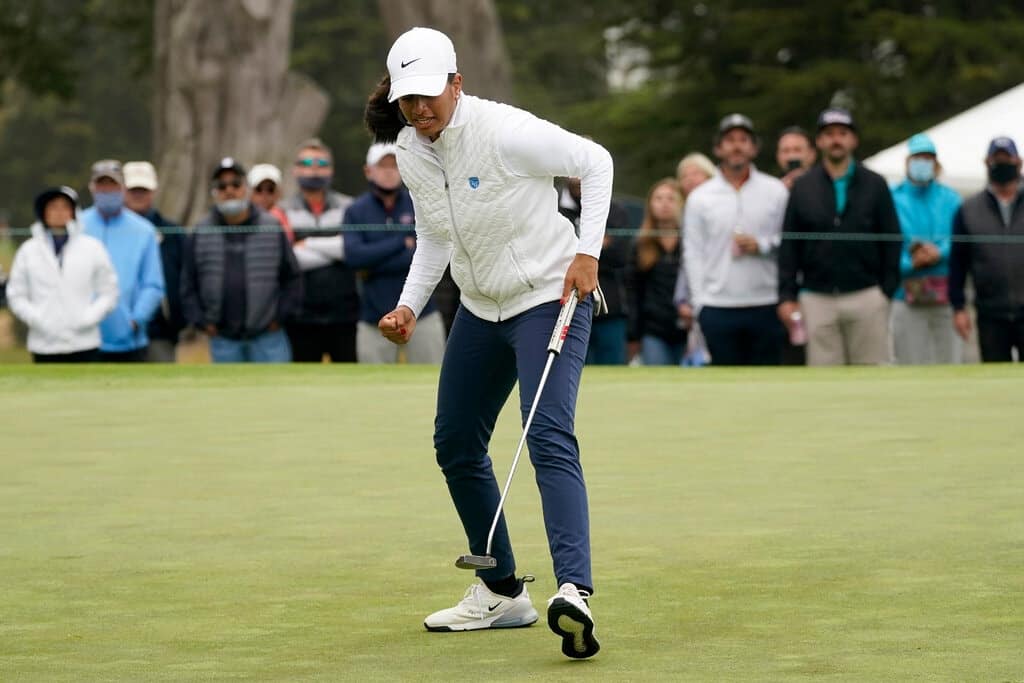 “It’s really similar, you know, really prestigious and a lot of cameras and a lot of attention on you,” said Ganne, who added, “It was great preparation for the pressure.”

The U.S. Women’s Open has throughout its 76-year history been a kind of coming-out party for young players, like the 10-year-old Beverly Klass in 1967, the 11-year-old Lucy Li in 2014 and the 12-year-old Lexi Thompson in 2007. After gaining acclaim for their youth, none survived the cut.

The tournament is, in theory, the most accessible of majors. Nearly half the players in this year’s field — 76 of the 156 entrants, including Ganne — earned their berths through 36-hole qualifiers held throughout the country. Ganne secured her spot on the second playoff hole of her qualifier. It speaks to the vagaries of golf that a teenager who was on the verge of elimination in qualifying can rise to the top of the leaderboard through two rounds.

“It just all seems really fun and a better story to tell than I got in without a playoff,” Ganne said. The last amateur to lead after a round in the U.S. Women’s Open was Jane Park, a 19-year-old who held a share of first place after the opening round in 2006 at Newport Country Club.

Ganne’s galleries have included members of the women’s golf coaching staff at Stanford, which she has verbally committed to attend starting in the fall of 2022, and her family. Ganne’s father, Hari, is an information-technology professional. Her mother, Sudha, is an endocrinologist, and her younger sister, Sirina, 13, is an eighth grader who also plays golf.

Her mother said her phone had vibrated in her jacket pocket for the entire second nine of her daughter’s first round and well into Thursday night as texts arrived from friends and neighbors back in New Jersey. She awoke Friday to more messages from family members in India. On Thursday, Sudha Ganne expressed a desire for Megha to remain “a regular kid and enjoy other things” besides golf.

A day later, Ganne’s mother waded through a gallery that had grown tenfold overnight, stared at the leaderboard with her daughter’s name atop it and worried that someone had sped up the belt conveying Megha through adolescence. She can hear the armchair career counselors now: If Megha can contend for a $1 million winner’s check while still in high school, why go to college?

“She’s absolutely going to college. There’s no doubt about that,” Ganne’s mother said.

But like the calculus homework awaiting Ganne’s attention, success is introducing complicated variables. “I am a little overwhelmed with the attention, but I’m hoping she will cope with it and maybe we will try to help her with it,” Ganne’s mother said.


Ganne seems fine with the attention, but then, she always has gravitated to the spotlight. She has appeared in school plays, once as the Queen of Hearts after auditioning for the lead role of Alice in Wonderland. She threw herself into her portrayal as Alice’s main protagonist.

“She was the Queen of Hearts and she lived it,” Ganne’s mother said with a laugh.

But Ganne draws a line at social media. That kind of attention, she has decided, is unnecessary. Negativity that has been heaped on some of her friends on Twitter has soured Ganne on the platform.

After her Thursday round, Ganne was interviewed by 15-year-old twins, Amelia and Adinah Dellegencia, who are student journalists. They lauded Ganne’s “girl power” and described her as “pretty cool.” They asked for her Twitter handle, and their jaws dropped in unison when she said, “I’m social media-free, actually.”

Amelia recovered from the shock and said, “She’s so cool. She should be on social media.”

England coach Silverwood says he has “no problem” in touring Pakistan

Video of the week: Disha Vakani has a stiff competition in a college going Dayaben | Bollywood Life