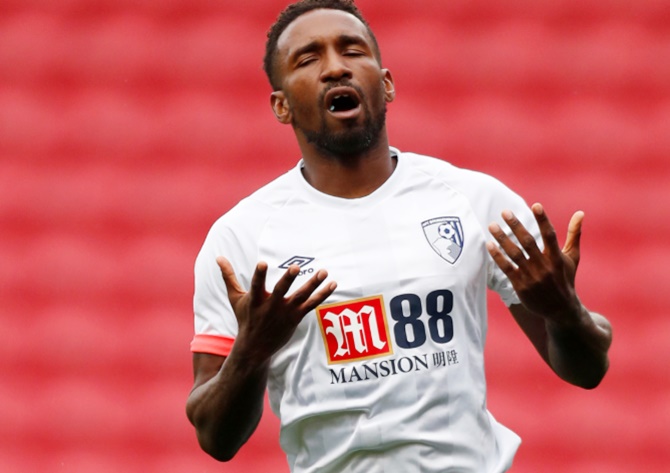 Jermain Defoe’s childhood obsession with scoring goals has put him within reach of a top-five spot in the Premier League’s all-time list and the Bournemouth striker hopes to hit that target before ending his career.

“On a personal note it’s special because, as a kid, I was obsessed with goals,” Defoe told local newspaper the Bournemouth Echo. “I always thought if I could score one goal in the Premier League it would be special.”

“When I finish playing, if I could think ‘right, you’re in the top-five all-time goalscorers in the Premier League’ it would be one of those moments where you would probably have to pinch yourself.”

The England international, who has represented a number of clubs including West Ham United, Tottenham Hotspur, Portsmouth and Sunderland, has two years remaining on his Bournemouth contract but has not ruled out playing beyond that period.

‘Chit fund and mining scamsters will be jailed’, says Amit Shah in Odisha