Images from Day 2 of the first Ashes Test between Australia and England in Brisbane on Thursday.

Marnus Labuschagne scored a half-century and a Ben Stokes no-ball let David Warner off the hook as England toiled for little reward under a blazing sun early on day two of the opening Ashes Test in Brisbane on Thursday.

Australia were 113 for one at lunch, just 34 runs short of England’s paltry first innings 147, with Labuschagne 53 not out and Warner on 48 at the Gabba.

Adding to England’s woes, Stokes was moving gingerly around the field late in the session, apparently troubled by a left knee problem.

Stokes, playing his first competitive match since The Hundred in July, bowled Warner for 17 but the wicket was cancelled by a no-ball review that showed the all-rounder had over-stepped the mark. 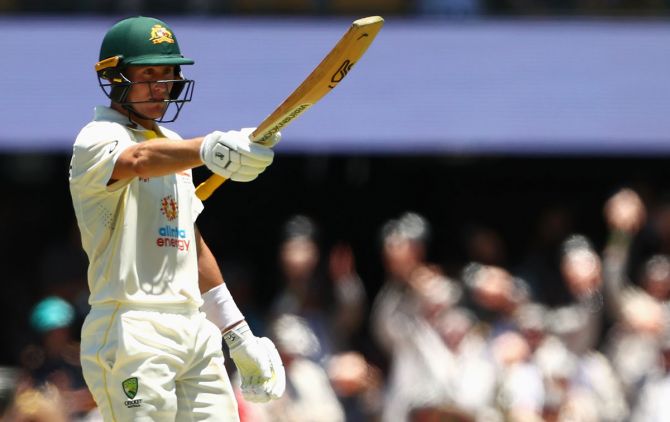 It was a repeat of the no-ball that denied Stokes his first Test wicket in the 2013/14 Ashes, when he over-stepped in having Brad Haddin caught behind in the second match at Adelaide Oval.

“Of course it’s frustrating,” Root said on the field during the drinks break.

“But the fact that we’re creating chances … in that session is really pleasing. I think we’ve got to stay confident, keep trusting what we’re doing.”

Stokes’ no-ball was his fourth in succession, with broadcaster Channel Seven showing replays of him overstepping the mark in each ball.

However, the third umpire only called no-ball on the wicket delivery.

Root was not exaggerating that England created chances. Only Ollie Robinson was rewarded when he had Marcus Harris out for three in the sixth over, the opener pushing meekly at a fullish ball and nicking to Dawid Malan in the slips.

Had Stokes not over-stepped, England would have had Australia at 31 for two.

Instead, Warner lingered to punish the tourists with the impressive Labuschagne, who also enjoyed a huge stroke of luck when on 10, nicking Chris Woakes inches short of Root’s hands at first slip.

Things declined rapidly for England late in the session.

Spinner Jack Leach was introduced and Warner blasted two sixes over his head in an over. 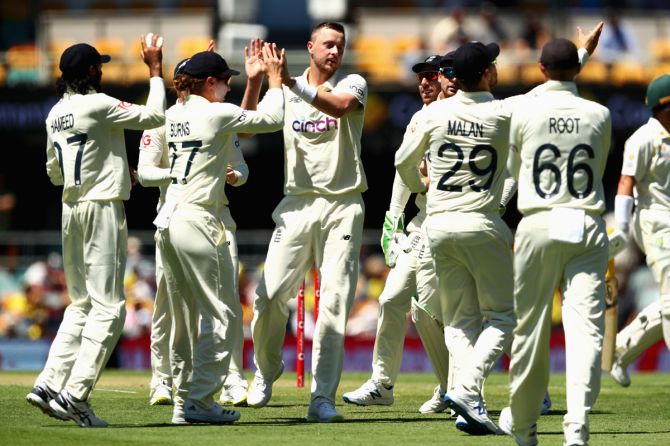 Labuschagne cut Woakes to the fence to bring up his 11th 50 in his 19th Test.

Root, during drinks, also gave a bleak assessment of the wicket from England’s perspective.

“It has dried out,” he said. “It’s hardened up a little bit. There’s a few dents to work with for our seam bowlers.

“So we’ve just got to trust the areas that we’ve been hitting so far and back ourselves to take chances when they come.”

Get ready for Usain Bolt the footballer!