The 24-year-old Rabindra recalls his journey from obsessing over cars as a kid, enjoying recreational go-karting to becoming the first Asian to be re-selected by the Aston Martin Racing Academy. Returning with the same enthusiasm and team he raced for last year in the French GT4 Championship, Akhil Rabindra will be partnering with 19-year-old French driver Hugo Conde at AGS Events Racing to compete in the GT4 European Series. The tournament is set to begin at the Monza Circuit in Italy from April 16-18.

The 24-year-old Indian racer recalls his journey from obsessing over cars and speed as a kid, enjoying recreational go-karting on weekends to becoming the first Asian to be re-selected by the Aston Martin Racing Driver Academy.

Obsession with cars and speed

How does a boy from Bangalore get himself into the world of motor racing, something still not very popular in the country? For Rabindra, it was taking a liking to a hobby, pursuing it at the national level and climbing the hierarchy of the sport. Add to that, a sprinkle of luck and a push in the right direction.

“I always liked cars and speed. And when you are very young, the only thing legal you can do is rental go-karting which were very few back in the day, I am talking 10-12 years ago. There used to be a few places and it was expensive then, it is expensive now. It wasn’t everyone’s cup of tea but my parents used to take me on the weekends,” Rabindra told indianexpress.com ahead of Round 1 of the 2021 European GT4 Championship.

Rabindra turned out to be good but being good is relative when it comes to recreational go-karting. From there, he progressed to professional go-karting at the age of 14. He did junior racing and moved to the highest national championships before moving out of India. 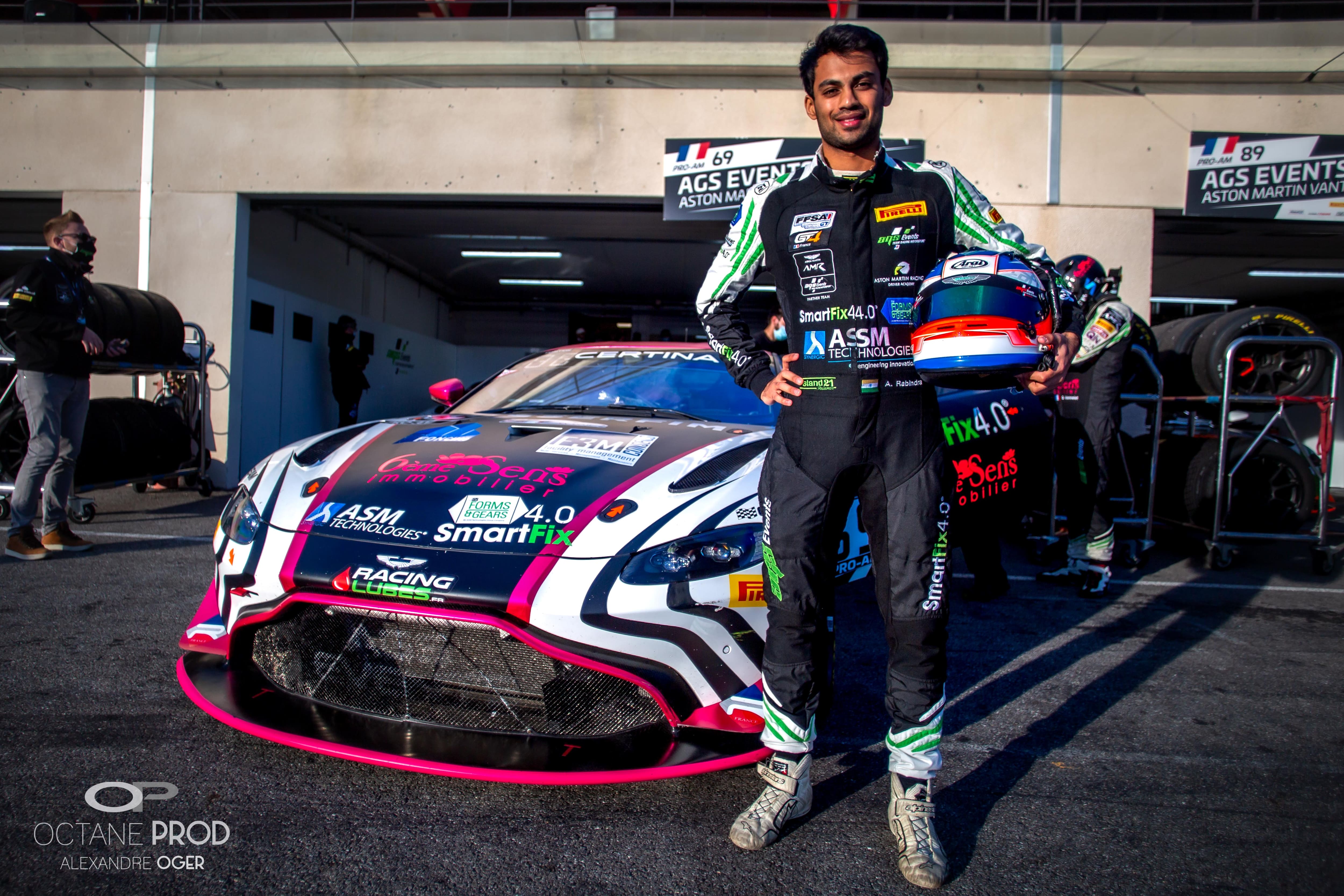 “Racing was never on my mind but driving cars, looking at cars and anything to do with cars was. I always thought I would own something nice and drive something nice. Even when I was go-karting, I could only think of a few possibilities at that age. It was only when  I got to a higher level in India and then I went abroad, I realised that one, talent abroad is very competitive and hard and two, you have got to do a lot of things right to make it to the top. And that is going to require a lot of financial resources, time and commitment. Somewhere along the way, the click happened and I got into financial racing.”

Explaining the hierarchy of the sport, Rabindra said that transition is like the next step. In the racing hierarchy, one goes for a faster car that has more power. In go-karting, there are different classes — a micromax for kids, junior and senior. Once you finish that, you look at GTs — GT4 and GT3. In the Formula ladder, it’s F4, F3, F2, and F1.

Explaining the difference between Formula and GT, Rabindra said that Formula cars are singular seaters, the wheels are exposed and developed by a formula which means anything in the car cannot be beyond a certain specification. A GT car is one you would see on the road from the manufacture. “If you take Aston Martin Vantage, the car I race, it is available to buy from the manufacture. The difference is just the shell looks the same but everything on the inside is different,” he said.

“India not being a motorsport nation, there are only that many championships here and I have done most of them. Then it was time for me to go out and compete.”

Contrary to popular belief, motor-racing requires an equal amount, if not more, of physical-mental fitness as well as discipline as any other sportsman does. “This is something which many people get wrong. Racing is a very physically intensive sport, it is as physical as any other sport. It’s the difference between a commercial jet pilot and a fighter jet pilot. Basically, it is the G-force that pushes into your body and weight and that’s when resistance comes into play. You’re sitting in a cramped position under a lot of external and internal heat and withstanding these forces. In some ways, it is a diluted version of a fighter jet on the ground.”

The intensity of training sessions, however, is seasonal for the Indian driver, who does not have the same workout throughout the year. Pre-season is when the racers need to up their game to resume top-level of fitness.

“Mental fitness was not really institutionalised or popular when I started. But in some ways, I just learned how to deal with it through the experience of being in different situations. But nowadays, we would have a mental coach the same way we have a physical trainer. They would prep you mentally for a season, during and off as well, how to be mentally sharp, stay motivated and keep calm during tough situations,” said Rabindra.

Even though accidents are not uncommon in the world of motor-sports, Rabindra said that the technology these days is advanced enough to ensure the safety of the driver. “Accidents can sometimes be brutal. But technology in safety has gone up every year and in today’s world, safety is at the forefront and very crucial. And today, if God forbid someone did have a crash, the car will take most of the impact and is designed in a way that nothing comes on the driver. But having said that, drivers do get affected,” said Rabindra, who himself got into an accident while driving a Formula car back in 2014, taking months to recover.

India’s only GT4 racer Akhil Rabindra has been selected for the Aston Martin Racing aAademy for the third year running. The 24-year old is also the only Asian in GT4 as of now among 12 elite drivers from around the world.

Speaking on the support he received from the academy, Rabindra said, “They help in many different fronts such as physical and mental training, technique of driving and a lot of on and off stuff. They are not just focused on the driving part but it is a holistic approach to teaching. It is also the network as you get to interact with drivers who would help you out in different situations. They help tap into different forms of support with ease.”

Motor-racing is a very expensive sport, not only because of the heavy machinery and expensive equipment but also because a team of people is required to run the car. On top of it, there are consumer bills like tires and fuel.

“You take all these things into perspective and it’s all the more expensive. Most of the racing drivers are always seeking sponsorships, anywhere we go, anyone we meet who is looking for brand building, who is interested in the sport, we try to pitch and get value for the sport. Sponsorship has been the sole way of financing,” he said.

India has interest but lacks knowledge

The interest in motor sports is slowly growing in India but we are still far from understanding it. “In India, people are not educated on the sport like say we are on cricket. We know what is wide, no ball or cover drive. There is a fair interest in fast cars and modified cars in any city in India. The middle class is getting more affluent and everyone is always seeking to have a nice car. I think if it is televised more and there are more opportunities to watch, the interest will grow.”

A niche sport in India, XI Racing League proved to be a big step in the right direction.

“XI Racing League is a huge step forward in the racing context in India, was very happy to be a part of it. In simple words, it is like the IPL of our sport,” said Rabindra, who represented team Hyderabad in its inaugural season.

“The same way everyone knew about Kabaddi and how it is played but it was only after the league that it got more popularity. In a similar way, this needs more popularity as well,” he added.

One movie review: Mammootty’s political drama is pleasant despite its problems