Ajax star Abdelhak Nouri, who collapsed during a friendly against Werder Bremen almost three years ago, recovered from coma. 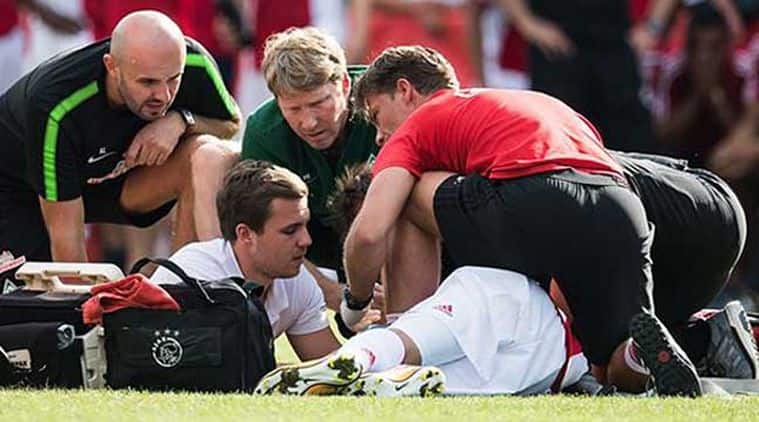 In a good news for football, that has been brought to a halt worldwide due to the outbreak of coronavirus, Ajax star Abdelhak Nouri, who collapsed during a friendly against Werder Bremen almost three years ago, recovered from coma, his family confirmed, adding that he had been responding to football on TV since he woke up.

The footballer, who suffered permanent brain damage, is now being treated from home. Nourie had collapsed during Ajax’s pre-season friendly against German club Werder Bremen. He required emergency treatment from paramedics on the field and had to be airlifted from the field.

The Dutch midfielder rose through the youth ranks at the Johan Cruyff ArenA before graduating to the senior squad in 2015. Nouri made 15 appearances for the Dutch club last season, including three in the Europa League, though he did not play in the final, a defeat to Manchester United.

The 22-year old was born in Amsterdam to parents of Moroccan descent.

Late Newcastle own goal makes it three wins for Chelsea

Roseanne Barr to speak at the Knesset in Israel

Pope Francis calls for end to wars in Yemen and Syria