‘It was difficult to breathe, but that’s about it.’ 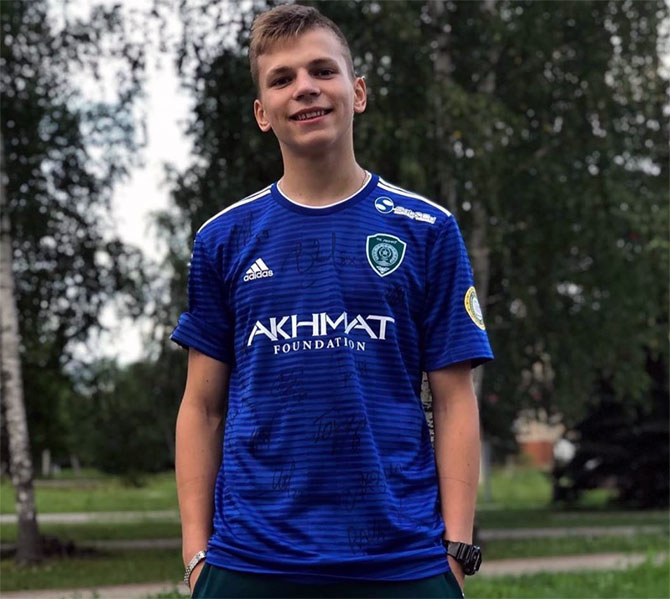 When 16-year-old goalkeeper Ivan Zaborovsky was rushed to hospital after being struck by lighting during a warm-up, few thought he would survive.

Footage from the stadium outside Moscow where his youth team, FC Znamya Truda, were training on July 4 showed a lightning bolt ripping through a gloomy sky and landing directly on Zaborovsky, who crashed onto the ground unconscious.

The player who so often had saved his team was the one who needed saving.

After Basov performed first aid, Zaborovsky was taken to hospital where he was put in an induced coma to assess his injuries.

Less than three weeks later, Zaborovsky has returned to the pitch. The only thing that reminds him of what could have been a deadly incident is a burn on his chest, where he had been wearing a chain.

“It was difficult to breathe, but that’s about it,” he said, adding that he didn’t remember anything from the day of the incident. “It’s getting better and better now. Things are back to normal.”

On Tuesday, Zaborovsky signed a contract with his club’s senior team, which plays in Russia’s third division, something that had been planned before the lightning strike.

“Ivan is the goalkeeper on the regional team. He has good prospects,” Basov said.

The rise of the new Indian Muslim woman| Analysis

Red Cross says conditions not right for Rohingyas to return