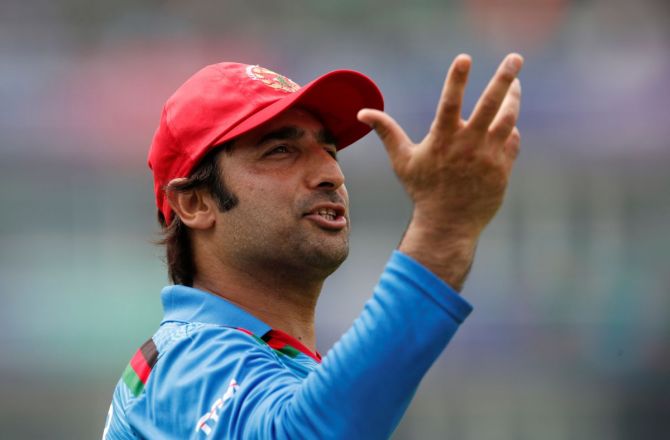 Afghanistan captain Asghar Afghan has criticised his Australia counterpart Tim Paine for questioning the Asian team’s right to participate in major events such as the Twenty20 World Cup.

Paine said the chances of Australia playing a test against Afghanistan in November were “not looking good” with the Taliban unwilling to let women play cricket and he questioned why the game’s governing body (ICC) had remained quiet on the issue.

“The Afghanistan Team has the right to play not only in this World Cup but in all ICC organised tournaments/events in accordance with the rules and regulations of ICC,” Afghan wrote on Twitter.

“For a less privileged cricketing nation as Afghanistan with zero infrastructure and support, reaching where we are right now and playing shoulder to shoulder with top 10 countries require sheer determination, passion and talent.

“(You are) mistreating Afghan cricket and all the gains we have obtained with hardship in the past decade. Sports should be separated from politics.”

The T20 World Cup begins next month and Afghanistan are taking part in it.

“I imagine it will be impossible if teams are pulling out against playing against them and governments are not letting them travel to our shores,” Paine said.

“Then how a team like that can be allowed to play in an ICC sanctioned event is going to be very, very hard to see.”

Australia’s cricket board said last week it would scrap the planned test match against Afghanistan if it was able to substantiate reports that the country’s Taliban rulers do not allow women to play cricket.

‘Chopra, Hima, Dutee are worth crores’

How India has fared in its fight against COVID-19