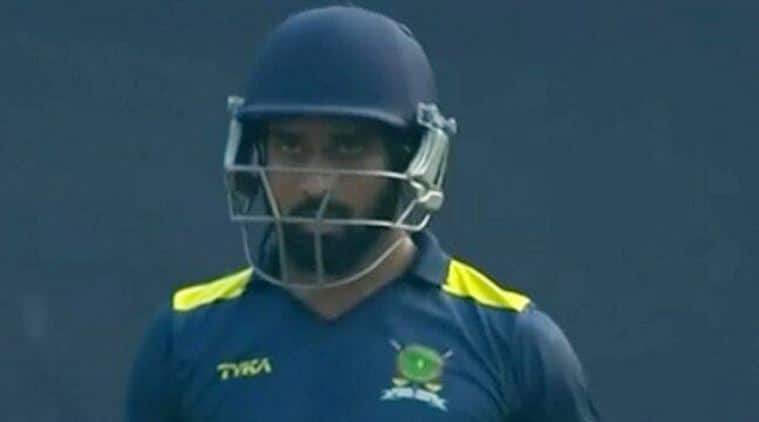 Meghalaya all-rounder Abhay Negi scored a 14-ball 50 to register the fastest half-century in the Syed Mushtaq Ali Trophy in Mumbai on Sunday.

In his blitzkrieg knock the right-hander hit two fours and six sixes to record a strike rate of 333.3 and surpass the record held by Robin Uthappa.

His attacking innings helped Meghalaya get the better of Mizoram by 25 runs. Coming into bat at number six, Negi powered his team to a total of 207/4 in 20 overs. In reply, Mizoram gave a spirited fightback but failed to chase down the score.

Meanhile, in the first game at Bandra-Kurla Complex, Pondicherry defeated Bengal by four wickets to grab their four points.

In the other game at BKC, Haryana chased the 160-run target against Madhya Pradesh with four wickets in hand and Sumit Kumar top-scoring with an unbaten 44.

Prithvi Shaw made a splendid return to competitive cricket after serving a doping ban, hitting a 39-ball 63 to guide Mumbai to a 83-run win over Assam in Mumbai.

All eyes were on Shaw, who played his first game after serving a back-dated eight-month suspension by the BCCI for failing a dope test and the pint-sized opener did not disappoint the small crowd at the Wankhede Stadium.

Shaw, who came in for in-form Jay Bista, struck a blazing half-century and then celebrated in a ‘bat does the talk’ manner.

Manpreet Singh to lead India against Belgium, Raj Kumar Pal the only newcomer