Making his debut, Haider Ali hammered a huge six over mid-wicket with only his second ball in international cricket as Pakistan took on England in the third and final T20I in Manchester. 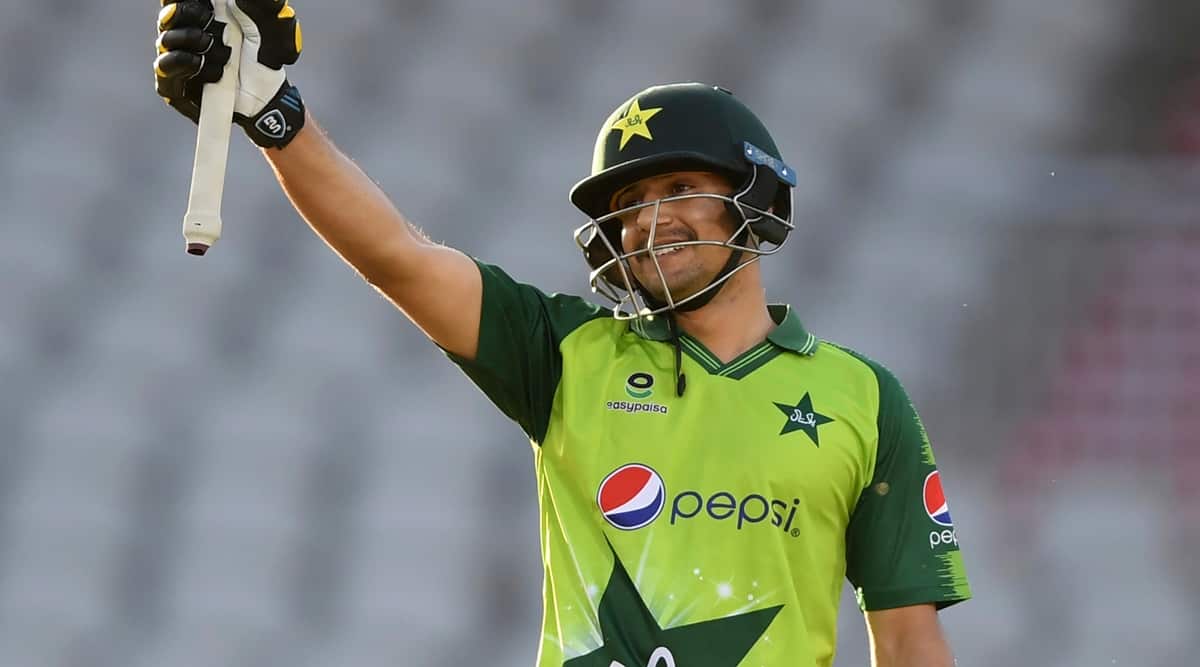 Haider Ali, the young 19-year-old Pakistan batsman from Attock, became the first from his country to score a half-century on T20I debut.

He is young and ticks all the right boxes — intent, positive mindset, and always manages to hold his shape when he went for the lofted shots.

Making his debut, Haider hammered a huge six over mid-wicket with only his second ball in international cricket as Pakistan took on England in the third and final T20I in Manchester.

His fearlessness giving a reminder of why India’s Rohit Sharma is his main inspiration.

Haider is one of Pakistan’s most promising young batsmen to emerge in the past year and a half. He made his first-class debut as an 18-year-old in September last year and also scored a hundred in the Quaid-e-Azam Trophy final.

For someone who started playing cricket in Attock with a tape-ball. the teenager made rapid strides from the under-15s and 16s to be selected for the Pakistan side in the Under 19 World Cup earlier this year. On Tuesday, when he reached his half-century in just 28 deliveries, one question bound to cross the mind is despite his obvious talent, why was Haider hiding and why was he not given a chance in the opening two T20Is of the series.

In fact, batting coach Younis Khan had heaped praises on him saying, “Haider has that will and skill which turn a youngster into a good player. I believe he is an upcoming star of Pakistan and has a bright future and the ability to play all formats for Pakistan,” he told Cricket Pakistan.

His skill and temperament was visible in the fifth over of Pakistan’s innings when the visitors had lost their captain Babar Azam off Tom Curran. But instead of succumbing to the pressure, Haider, who had just arrived at the crease, counterattacked Curran and ended the over with an impressive whack over square-leg for a boundary.

Back to back boundaries of Chris Jordan in the following over meant he had raced to 22 of just 10 deliveries. A glimpse of his unbelievable power was visible against Lewis Gregory when he hoicked the medium-pacer over deep square leg for half-a-dozen. The sheer strength of the bottom hand was quite unreal.

The applause from the dugout was an obvious sign of the appreciation of talent on display.

But for two months that Pakistan was in England, his primary duty was to carry drinks and probably pass on messages to those in the middle.

Incidentally, before the tour, there were doubts over Haider’s presence when he was among the three Pakistan players to test positive for Covid-19.

However, with a memorable 54 (33) he will now be a vital asset for Pakistan.

Opinion: Why Modi deserves another chance

Will make water supply in Delhi as good as in developed countries: CM Kejriwal
Last News