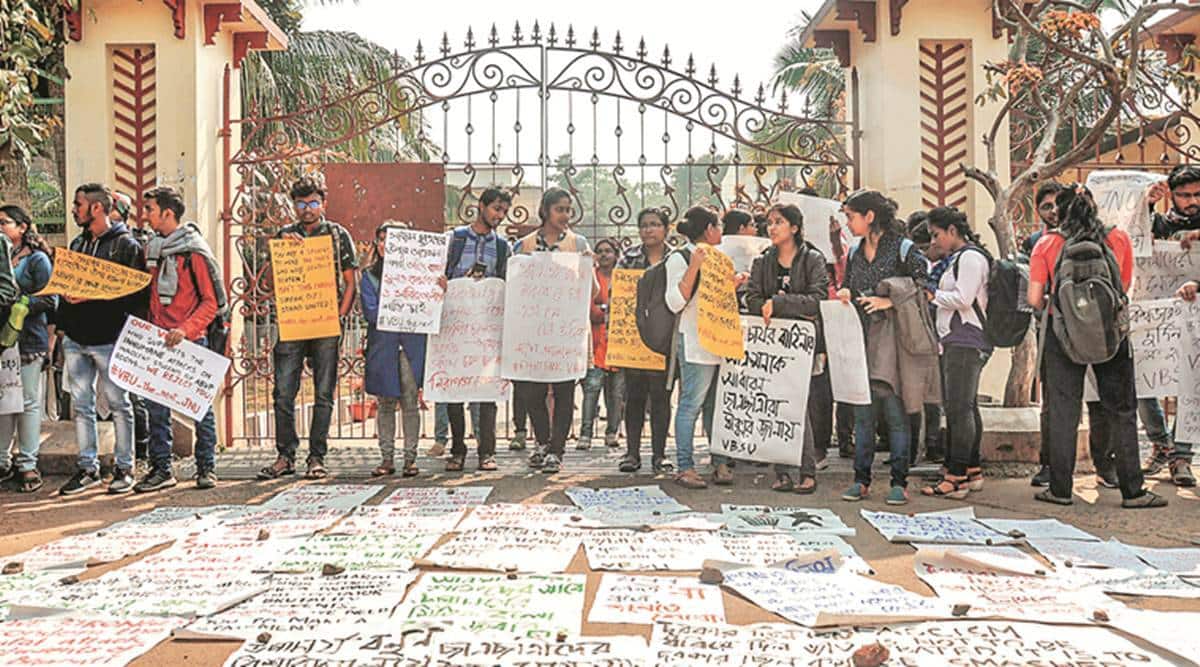 Union Education Minister Dharmendra Pradhan on Thursday stepped in to resolve the standoff between protesting students and the vice-chancellor (V-C) of Visva-Bharati University. Pradhan is said to have advised the university to set up an internal committee to establish a line of communication with the students and to wrap up the admission process and declare results wherever due.

Modi is the university’s Chancellor.

On Thursday, members of the Visva-Bharati University Faculty Association (VBUFA) also wrote to Modi, demanding action against the V-C and save the university from “further degeneration”.

A section of students have been staging a sit-in outside Chakraborty’s residence to demand revocation of the rustication of three students on charges of “gross indiscipline and misconduct”. The university administration subsequently suspended its admission process on the ground that the “physical presence of the V-C is necessary”. It also announced that “publication of results will not be possible till the situation becomes normal”.

Pradhan, however, has told the university to resume its normal functioning, which includes completing the admission process and disbursing faculty salaries and pension. Pradhan also spoke to West Bengal Governor Jagdeep Dhankar, who is the university’s rector, about the prevailing situation on the campus.

Higher Education Secretary Amit Khare spoke to the Bengal Chief Secretary and requested him to provide whatever assistance the university needs in terms of security, it is learnt.

The three students were rusticated in August-end for three years for “disrupting academic atmosphere in the university by assembling at Chhatimtala on January 9 and being involved in disorderly conduct in the name of protest”.

The rustication was approved by the university’s executive council. The administration has also suspended two professors for “gross indiscipline and misconduct”, taking the total number of suspended teachers to 20.

The latter action has led to the faculty also joining the students’ protest.

A senior ministry official told The Indian Express that the decision to rusticate students for three years was perhaps extreme. “A university is not there to ruin a student’s life and career. For now, the university has been advised to set up an internal committee to reach out to the protesting students,” the official said.

Thursday’s letter from the VBUFA stated that “three students have been rusticated, and a large number of faculty members and employees suspended or issued show-cause notices”. It stated that these were matters that could have been solved through “dialogues and discussion”.

The teachers also expressed apprehension that the events unfolding at the university, which they said were triggered by the V-C’s decisions over the last two years, might lead to the “closure” of the institution.

The teachers’ association also alleged that most members of the university’s statutory bodies, including the executive council, are acting in a partisan manner, and “at the behest of the VC”. —With inputs from ENS-Kolkata

Kathryn Dennis is proud of the ‘badass’ she’s become