Continuing in the same vein as his other books, Christopher C Doyle in book two of The Pataala Prophecy series mixes mythology, suspense and action to create a world that will keep you both invested and hooked. In book two of The Pataala Prophecy series, adventure and fantasy intertwine. Continuing in the same vein as his other books, Christopher C Doyle mixes mythology, suspense and action to create a world that will keep you both invested and hooked. This time he is interested in Sanskrit texts and the secrets behind them.

Maya tossed and turned in her sleep. The nightmare had her in its steely grip and would not let go. Her body stiffened, her muscles tensed, as her brain responded to the horrifying scenes that were playing out in her mind. Her hands clutched the bedsheet as if trying to gain purchase, the movements of her fingers betraying a sense of desperation.

She screamed; a sound filled with terror and despair. The sound of her own shriek jerked her awake and she sat bolt upright in her bed. She was sweating profusely. The door to her room crashed open and a figure rushed in, looming in the darkness. Maya shrank back against the headboard, cowering under the quilt. The lights came on, flooding the room with a sense of comfort and assurance, a shield against the darkness and the things that hid beneath its cloak.
‘Maya!’ It was her father, Naresh Upadhyay, roused by her scream. He looked anxious. ‘What happened?’ he asked gently. Maya closed her eyes. Unbidden, the images from the nightmare rushed back into her mind. She saw the black, shadowy shapes as clearly as if they were real. The intense cold that had permeated the dream still clung to her bones.

Whispering to her, the words unintelligible. It had been a hoarse rasp with a chilling edge to it that made her hair stand on end even now, when she was awake. What the dream meant Maya couldn’t fathom, but it had ended with her being sucked against her will into an infinite darkness that enveloped her. She had tried to scream but no sound came out. Desperate to escape the clutches of the living darkness that drew her into its fold, she had scrabbled wildly for something to hold on to, to no avail. The cold voice had seemed to beckon to her, drawing her deeper into the darkness, wrapping itself around her. Even now, she could feel its slimy touch, as if it were a living thing, folding her in its embrace, stifling her consciousness.

Then, suddenly, she had found her voice. And screamed.

That was when her father had woken up and rushed to her room. Maya shivered involuntarily. Her eyes were still wide with terror and glazed with confusion. She snuggled up against her father, as he sat next to her on the bed and put a protective arm around her. She struggled to tell him what she had seen. ‘It’s alright,’ Naresh Upadhyay murmured. ‘It was only a nightmare.’ His voice was calm and comforting, assuaging her fears. ‘It wasn’t real. Those things weren’t real. Nothing but a nightmare.’

‘Mmm … hmmm.’ Maya snuggled closer to her father, safe in his protective presence. Her breathing returned to an even rhythm. Nothing could harm her as long as her father was with her. Not even the shapes from her nightmare.
‘Dad, I won’t be able to go back to sleep,’ she said tremulously.
‘Don’t worry, my dear,’ her father told her with a smile, as he stroked her head. ‘I am going to recite a very powerful mantra that will not only help you go back to sleep but will also ensure that you do not have any more nightmares tonight.’

‘Dad!’ Maya was not reassured. ‘How can a mantra help?’
‘It will. I promise you. Now, lie down and close your eyes. I’m turning the lights out.’
Ten minutes later, Naresh Upadhyay shut the door of Maya’s room behind him. His forehead was creased with thought. He made his way to his study and sat at his desk, lost in contemplation.

A little over a month ago, Maya’s dreams had begun. She had had them every night since then, but they weren’t the usual dreams of a ten-year-old’s fertile mind. She had described them to him as slow, lazy dreams filled with peace and happiness. Nice things happened in them, though she never remembered what they were about once she woke up. But she always rose in the morning with a smile on her face and a strange, joyful sensation inside her head.
Then, exactly one month after the dreams began, she had had her first nightmare.

Like her earlier, nicer, dreams, she was unable to remember what her nightmares were about, but she would wake up with an unpleasant feeling of unease the next day, and tell her father about it at breakfast. Tonight was the first time he had been roused by her reaction to a nightmare. Naresh realised that the nightmare Maya had experienced tonight was no ordinary one. What really worried him was that, for the first time, she had vivid recollections of it.
Why had her dreams suddenly turned? And what was special about tonight’s nightmare?

Naresh hadn’t given much thought to the dreams over the last month, but if he was right, they would continue. Unless he was able to figure out the source of the nightmares, he would not be able to do anything to stop them from recurring. Still lost in thought, he rose and walked to one of the bookshelves that lined three walls of his study. He studied the books along one of the walls and, after a few moments of searching, found what he was looking for. An old leather diary, well-thumbed and worn.

He flipped it open and glanced through the pages which bore inscriptions, written by hand. When he reached a particular page, he found a loose sheet of paper that was covered with inscriptions. He frowned and sat down at his desk, reading the inscriptions. A few moments later, he closed the book and sat for some time, lost in thought.

The conclusion was inescapable. He had been wrong. So, so wrong. Everything he had done had been for nothing. Now, he had a choice to make. He had already sacrificed a lot. But the decision that he was confronted with called for something greater. He knew what had to be done. But he couldn’t bring himself to confront the reality of what it would mean. For him. And for Maya. Naresh sat there for a long time, considering the possibilities. But there seemed to be only one way forward. He knew Maya would never forgive him for this. But he had no choice.

Is Meghan Markle the next Princess Diana, or just a good actress?

‘Rehabilitation of the disabled is Centre’s priority’

Delhi will be no-fly zone ahead of R-Day 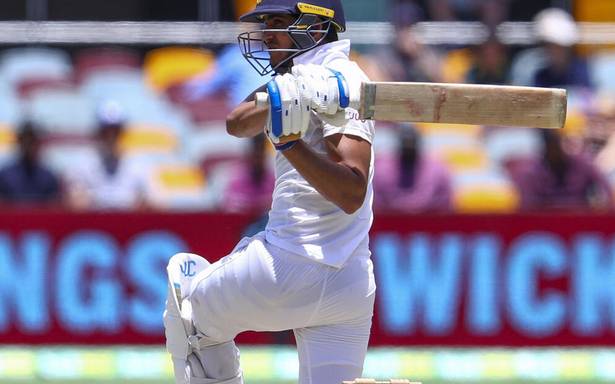