Born in 1858, Begum Sultan Jahan ascended the throne in 1901. While she was the fourth female ruler of Bhopal, she is credited with many firsts. She was known for ruling in the present with her eyes set on the future. Her progressive policies for women, at a time when they were shackled by the forces of patriarchy, have made her a feminist icon even today Nearly a century ago, when the term feminism was not yet part of common parlance, the princely estate of Bhopal was run by a line of powerful women. In the absence of male successors, they initiated a matrilineal reign from 1819, which continued till 1926. These rulers are often referred to as the Begums of Bhopal.

During this era, they ruled with authority, dignity and bold reforms — disrupting the patriarchal system that had been laid down centuries before them.

The last Begum of Bhopal was Begum Sultan Jahan. She ruled from 1909 to 1926 after which she stepped down and was succeeded by her son.

Begum Sultan Jahan died on 12 May 1930 at the age of 71. She was known for ruling in the present with her eyes set on the future. Her progressive policies for women, at a time when they were shackled by the forces of patriarchy, have made her a feminist icon even today.

Apart from being a philanthropist and prolific writer, she was a symbol of women empowerment, known for taking up the cause of female education. She was the first female Chancellor of Aligarh Muslim University, which she had nurtured during its nascent stage, when it was still known as the Mohammadan Anglo Oriental College.

In a time when it was rare for women to venture out due to a strict purdah system, she famously constructed a Meeting Hall for Ladies in Lahore.

But above all, Begum Sultan Jahan was an astute ruler who restored the glory of her estate.

It is hard to find a female ruler who authored over 40 books, designed school curriculum, founded women’s clubs, travelled to Europe, met British officials with authority, funded almost all major institutions — both in the country as well as one in Saudi Arabia — and even headed a University as its first female Chancellor.

Born in 1858, Begum Sultan Jahan ascended the throne in 1901. While she was the fourth female ruler of Bhopal, she is credited with many firsts.

She was not one to stand on the sidelines. An incident from the early days of her regime is often cited to highlight her penchant for ruling from the front. When she took over as Queen, there was only Rs 40,000 in the treasury which was not enough to even pay the salary of her employees. Begum Sultan Jahan decided to tour her kingdom and interact with the village folk. After learning their concerns, she set up the municipality system and even introduced municipal elections.

She also constructed a walled city and a palace for herself. She took steps for improving public health, sanitation, and water supply in the walled city and implemented widespread vaccination drives for its residents. 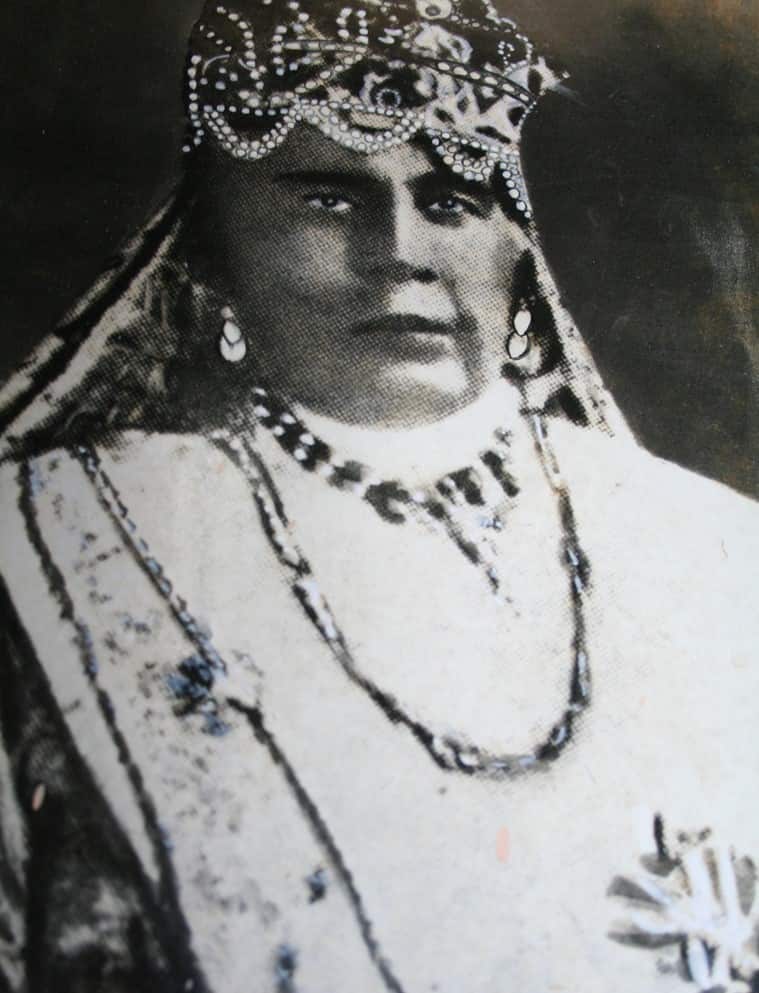 Recognising that women needed a space exclusively for them to assemble and discuss ideas, she laid the foundation stone for a meeting hall in Lahore in 1913.

To encourage women and promote handicrafts, she organised an exhibition called ‘Numaish Masunuaat e Hind’ in Bhopal, where she displayed her own creations. Queens from other kingdoms, such as Gwalior, Jhanjhar, Sultanpur, Narsinghgarh and Gulburgah also participated and displayed their handiwork.

Begum Sultan Jahan as an educationist

She was a pioneer in the field of education and even authored a book, Dars-e-Hayat, about the education and parenting of young girls. There was a time when almost every city of the country had one or more educational institutes for girls which were funded by Begum Sultan Jahan.

To encourage parents to educate their daughters, she set up several schools. However, most initially resisted the idea, as at the time it was considered socially acceptable to teach their daughters at home.

Undeterred, she started the Sultania School and also improved the condition of two existing schools — Madarsa Bilqisia and Madarsa Victoria. She even revamped the syllabus and added subjects such as English, Urdu, Arithmetic, Home Science and crafts. These schools were meant for underprivileged children and hence their expenses were borne by the Bhopal estate. Even in those times, she got the Madarsa Sultania affiliated to the Allahabad Board. This Madarsa was well equipped and even had an ambulance and sections for medicine and nursing. Later she also started a nursing school called Lady Minto Nursing School.

Begum Sultan Jahan did not solely focus on uplifting Muslim girls. She famously founded the Barjeesiya Kanya Paathshala’ and even instituted a scholarship for the underprivileged students of Jain Shwetambar Paathshala.

Despite being a small princely estate, Bhopal had an education budget of one lakh rupees. The educational institutions she supported were not confined to Aligarh alone. She was also funding a Madarsa in Deoband, Nadwatul Uloom in Lucknow and even Madarsa Sultania in Mecca, Saudi Arabia. Institutions such as Lady Hardinge Medical College, Delhi and some renowned colleges in Bombay (now Mumbai), and Calcutta (now Kolkata) received generous grants from her.

Begum Sultan Jahan also went as far as encouraging the rulers of other princely states to promote education. Even Lord Harding praised her efforts.

She authored 41 books, many of which were distributed for free. She also translated a number of English books into Urdu.

Around that time, more than 600 kilometres away from Bhopal, in the province of Uttar Pradesh, the Mohammedan Anglo Oriental College was taking shape in Aligarh.

In 1910, while returning from Mussoorie, she stayed in Aligarh for the first time. During her visit, she donated Rs 50,000 for the construction of the All India Muhammadan Educational Conference, which still exists today and is known as Sultan Jahan Manzil.

A monthly grant of Rs 100 was sanctioned by her for the girls school started in Aligarh by Sheikh Abdullah, which is now known as the Women’s College of AMU. She designed the syllabus herself and offered it to the school authorities. It was done at a time when there was a paucity of funds and women ’s education had taken a backseat. Later, when MAO College became AMU, she was named its first Chancellor.

During AMU’s centenary celebrations on December 22, 2020, Prime Minister Narendra Modi paid tribute to Begum Jahan and her contribution to the historic institution — “The AMU has the rare distinction that Begum Sultan Jahan took over the responsibility of its founder chancellor. How daunting it would have been one hundred years ago?” As Chancellor of the AMU, she addressed its first-ever convocation ceremony in 1922 amidst renowned scholars from across the country. She also arranged cars and lodging for 175 persons during the jubilee ceremony of the University. Begum Sultan Jahan visited Aligarh seven times, with her last visit being in 1929.

Her speech during the foundation stone laying ceremony of Sultania Boarding House in Women’s College reflects her vision. She said, “Today is the beginning of a new era in the history of Muslims. And, whenever, in the coming time, the history of this era is recorded, today’s programme will be remembered as one of its brightest chapters.”

Her prophecy came true. The school patronised by Begum Sultan Jahan has grown into a college drawing over 3,095 female students from across the country and overseas enrolled in 34 courses taught by 107 faculty members.

The Nasrullah Hostel for Boys in AMU, too, was constructed with her support. It is often said that whenever AMU needed help, Begum Sultan Jahan of Bhopal Estate was among the first to step up.

Following in her footsteps, her son Hamidullah Khan, who studied in Aligarh, founded a Science College in the city, and donated Rs two lakh to it.

Top-ranking JNU, IIT-K yet to figure in ‘eminence’ race

From Barack Obama to Meryl Streep, hear your favourite celebrities read out a variety of audiobooks as you discover new literature while in lockdown