Currently screening at Yellowstone International Film Festival, The Great Artist provides a tempestuous gaze into the mind of a gifted man 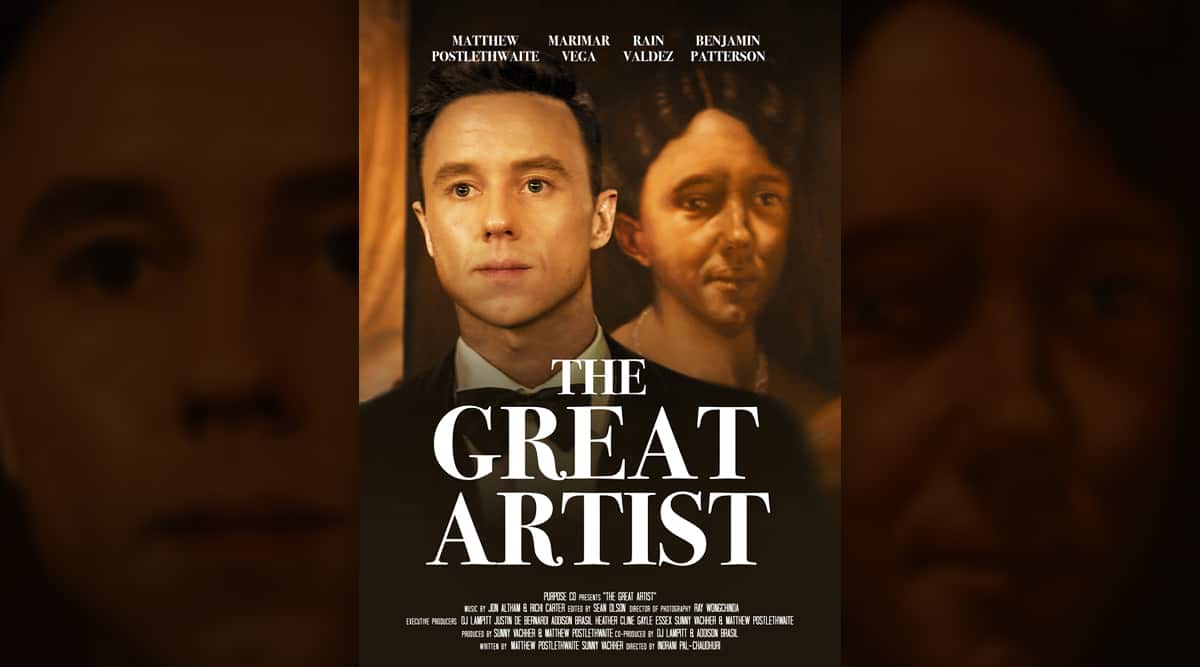 In the very first shot of Indrani Pal-Chaudhuri’s The Great Artist, the titular character establishes chaos, which later unravels as the 23-minute short film progresses.

A crescendo introduces us to Matthew Postlethwaite’s ‘Great Artist’, the protagonist, as he waltzes his way into an art exhibition, visibly fraught. Moments later, he composes himself as if presenting a tiny piece of his personality to a desperate audience.

Fragments of his conversation with his therapist play out, revealing intimate details of his troubled life, especially the deal with stardom and his swedge with ‘greatness’.

“I did not want to go; a lot of the people there, I don’t connect to them… [I went because] I don’t want to let anybody down.”

The Great Artist, currently screening at Yellowstone International Film Festival, provides a tempestuous gaze into the mind of a gifted man. It makes for an uncomfortable watch — a trigger gushing through the sluices of a complex mind wrestling with the idea of greatness and having to fight with demons instead.

It is established fairly early that Postlethwaite’s Great Artist is one of his alter identities. He suffers from Dissociative Identity Disorder (DID), and his gift of art hangs precariously inside his uneasy mind.

Inside, there’s pandemonium, and outside, he has to keep up with the sham of having it all nicely put together. Postlethwaite, therefore, does an excellent job walking a tightrope that hangs this way and that, keeping a balance between creating world-class art and silently suffering like a prisoner inside his own head.

In one of the scenes, he nervously flirts with his therapist, looking tentatively into his eyes before leaning in for a kiss. And in another, he appears sheepish about having pulled that stunt.

In his moments of vulnerability, he finds himself painting, creating a masterpiece, letting all of his personalities creep out one by one. He is a lover, madly attached to his girlfriend Angela (played by Rain Valdez), whom he calls his “reflection”. He dedicates one of his artworks to their all-consuming relationship.

He is also a woman — sitting daintily by the window, sipping her tea and making a self-portrait, He is a child with a drastically different perspective of art.

When he paints, he allows his identities to shine, acutely aware that the Great Artist — the one who eventually presents the artworks to the world — is but a cumulation of every single one of them.

There is a deep void, a fear that reflects in his eyes. Postlethwaite, who has produced the short and also written its screenplay, seems to convey that he feels trapped, like he is an imposter, hiding behind his own oeuvre, begging for help. His team is not unaware of his affliction. His manager Perry, played by Marimar Vega, says “every star needs darkness to shine”, alluding to the fact that the artist’s distinction is the result of his psychological suffering, one that he himself acknowledges in the end.

“For great art there must be suffering.”

It is the climax that is truly brilliant — one that earned the film a consideration for the Live Action Short Film shortlist for 93rd Academy Awards. The Great Artist extricates himself and all of his personalities from the great suffering that enabled them to make art, allowing medical intervention instead.

In that moment, he tastes freedom.

In a world that is still awakening to mental health issues, The Great Artist paints an audacious picture of a caged mind. It is not a new trope — M Night Shyamalan had previously explored DID in his film, Split — but one that holds an important discourse on trauma.

Then, are we all striving to achieve ‘greatness’ by holding our authentic self hostage? This is the haunting question that Pal-Chaudhuri leaves her viewers with.

(The Yellowstone International Film Festival is home to independent cinema from around the world. The screening ends July 9, 2021)

Fit and fine: If squat is the king of exercises, then deadlift is the queen

Emerging courses: Digital India’s growing need for cyber security experts and how to be one

West Bengal Madhyamik 10th Result 2020: When and where to check